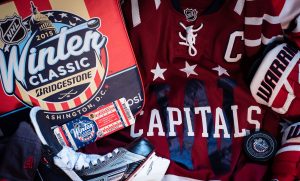 An experience like no other, all in one day

On Oct. 22, the NHL announced that the 2021 season would not include the Winter Classic. The annual Jan. 1 outdoor game was set to feature the Minnesota Wild vs. St. Louis Blues at Target Field in Minnesota, but was ultimately canceled due to COVID-19.

Despite its cancellation, it remains the greatest spectacle in sports.

Here are 10 reasons why:

First, the Winter Classic is always, every year, on Jan. 1, and always the lone game on that day. No other major league does something like this on an annual basis on the same day.

Second, the game is separate from any type of postseason or all-star game setting. It’s just a normal regular-season game.

Third, it’s a hockey game played outside, either in a baseball stadium or football stadium in the area of the host team. It’s the most surreal event you’ll ever experience. They build a rink from scratch and maintain it two weeks before the game.

Fourth, the NHL transforms these stadiums into scenes you’ve never seen before. Check out the 2017 or the 2015 Winter Classic online — it’s incredible what the NHL creates to make the game even more enjoyable. In 2017, they built a guitar that stretched the entire baseball field in St. Louis. In 2015 they built a giant star and the capitol building, again stretching the entire field of Nationals Park.

Fifth, it’s one of the most widely attended games in major league sports. In 2014, the Toronto Maple Leafs and Detroit Red Wings faced off at Michigan Stadium in Ann Arbor. They set an attendance record of 105,491 people. That’s the highest attendance ever recorded for any U.S. regular-season game across the four major leagues.

Sixth, the city turns into a hockey city for the day. Every year there are events beforehand including a fan festival, alumni game between former players of each team, musical performances, tailgating and more. In order to experience it all, expect to arrive at the stadium at 7 a.m. for a 3 p.m. game.

Seventh, the teams introduce special retro-style uniforms. Goalie pads could look like vintage leather pads, jerseys could look like sweaters from the 1930s. These uniforms are incredibly popular with fans and usually sell out quickly.

Eighth, the pre-game introductions are a sight to see. Imagine long entrances for teams introduced WWE-style in front of over 50,000 cheering people. If that doesn’t get someone excited for an outdoor game, I don’t know what will.

Ninth, the outdoor game brings hockey back to its infancy. You’ll see NBA games played outdoors every 30 years, but no other major league can do what the Winter Classic does.

And last but not least, the environment is second to none. Go to a Winter Classic. Remember to bring a heavy jacket as it’ll probably be really cold (the vendors served hot chocolate instead of alcohol during the game in 2015). Bring a pair of binoculars to get close to the action if you can’t afford a mid-tier seat. Keep your seat cushion in your seat, as those metal stadium seats tend to get extremely cold in the snow. Enjoy yourself — it’ll be the most fun you’ll ever have at a major league sporting event, I guarantee it.

JOE BIDEN DOESN’T HAVE TO ANSWER YOUR QUESTIONS