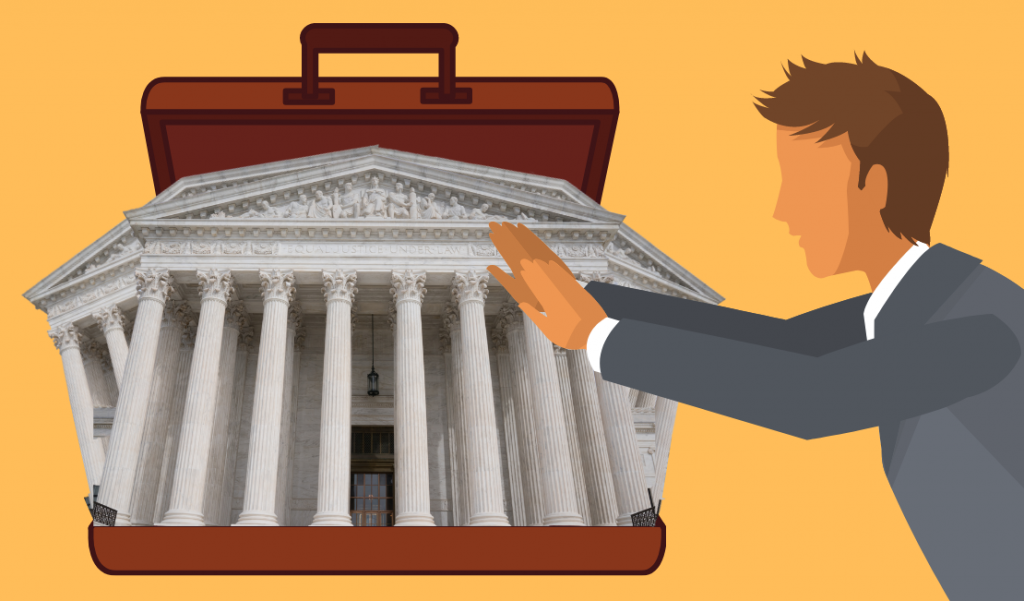 When asked what makes America exceptional, the late Justice Antonin Scalia responded by saying: “If you think that a bill of rights is what sets us apart [from other countries,] you’re crazy … the real key to the distinctiveness of America is the structure our government; one part of it, of course, is the independence of our judiciary.” Democrats have avoided taking a position on court packing –adding justices to the Supreme Court – if they win the elections in November.

First, what is court packing? Some have alleged that Republicans have slowly packed the court already. During Barack Obama’s presidency, when Republicans held the Senate, they stalled judicial confirmations for the lower federal courts and notably didn’t hold a vote to confirm Judge Merrick Garland for the Supreme Court. But since 2017, Republicans have held both the Senate majority and the White House, and they have been filling those vacancies at a historically rapid pace.

Conflating filling vacancies with court packing is deceptive. It is the constitutional duty of the president to nominate judges or justices and the Senate can confirm, deny or not even hold a vote on them. Packing the court is when you add extra seats and fill them with people who would rubber-stamp whatever legislation you want, rather than decide irregularities or discrepancies with the law.

Congress has the power to decide how many seats go on the court by passing legislation that is then signed by the president, and they have changed the number of justices multiple times in the past. Although the Supreme Court originally had only six seats in 1789, it has remained at nine seats for 151 years. The last time a president attempted to pack the court was Franklin Roosevelt in the 1930s. When the Supreme Court kept knocking down some of his New Deal legislation, he threatened to pack the court. The justices at the time knew that if he got away with it, it would cause far more lasting damage to the country than allowing the unconstitutional portions of his legislation to stand, so they let the New Deal laws stand.

Whatever complaints one may have against President Trump for causing disruptions to our norms and institutions, there is nothing he has done that could be as disruptive as adding seats to the Supreme Court. Firing members of his administration, nasty tweets, name-calling, upsetting the foreign policy establishment and many of his other actions have certainly disrupted the status quo. But nothing would destroy trust in the judiciary more than packing the court, effectively ending the independence of the judiciary as a basic principle of American government.

If Democrats win the presidency and the Senate, and they add seats and fill them with rubber-stamp justices, what is to stop Republicans from adding twice as many seats and filling them with their own rubber-stamp justices the next time they have a majority? The only way this nightmare scenario ends is with the invalidation of our third branch of government, and the losers are the American people.

For four years, I have heard nothing but complaints from my left-of-center friends on all the norms that Trump has broken. But virtually everything he has done can be undone if the people vote against him and his ideas. However, if Democrats succeed in packing the court, it is very doubtful trust in the independence of the judicial branch will ever be regained. Packing the court is a worse norm violation than anything Trump has done, and by doing it, Democrats would become what they claim to hate.