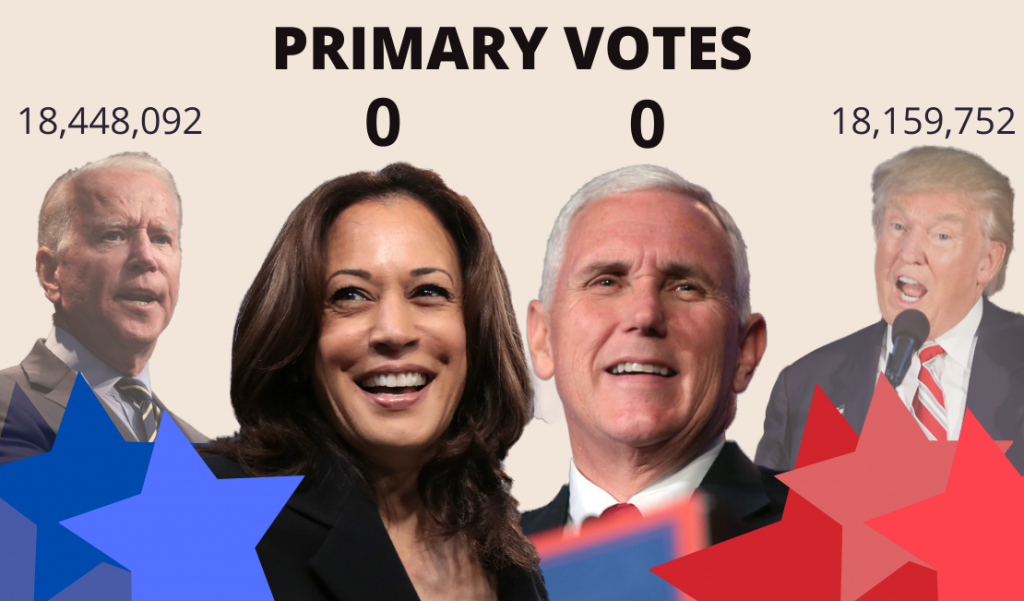 The debate on Wednesday between Vice President Mike Pence and Senator Kamala Harris was a good politician debate. Note that I said “politician debate.” Most of what they said wouldn’t fly (pun definitely intended) in the Oxford Union, but we grade on a curve for politicians.

The moderator asked both candidates tough questions, and they both did their best not to answer them. They both interrupted and went over time at various points but ended up speaking about the same amount of time in the end. Each candidate landed some good punches, and they each gave a decent impression to the American people about who they are and what they stand for. In short, they both did their jobs.

In other words, if someone told Democratic voters, “We are nominating Kamala Harris for president, and you will vote for her,” there might be some grumbling at first, but most Democratic voters would be perfectly fine voting for her in November. If someone told Republican voters, “We are nominating Mike Pence for president, and you will vote for him,” they would be perfectly fine with that too.

In fact, that’s exactly what happens for the vice presidential slot. Nobody voted for Harris or Pence to appear on the general election ballot. Each party went through a secretive and methodical process to test and select the vice presidential candidate it thought would most please its voters. As we saw Wednesday night, that process worked pretty well.

Yet if you so much as dare to suggest doing the same thing to select presidential candidates, you’re against democracy.

I’m not having it.

You know what’s bad for democracy? Having 20-ish people in the same party compete for one position — which isn’t really a position, just the chance to have a position — by spending crazy amounts of time and money to split their own party’s electorate against itself while playing a bizarre game of connect-the-dots with a U.S. map to string together victories (and by “victories” we mean pluralities, sometimes as low as 25 percent) in a completely arbitrary set of states that each allocate delegates in different and arbitrary ways so those delegates can go “vote” (the outcome is already decided, and they have no choice) at a big party during the summer where political insiders have a good time and nothing important really happens. And we do all that so voters can complain about having to choose between the lesser of two evils yet again in November — democracy, huzzah!

For the Democrats this year, that process was extremely thorough. In a piece for Intelligencer describing the process, Matt Stieb wrote, “The candidates had to submit extensive records to a panel of as many as 15 lawyers to determine if there were any incidents in their history that could mar the campaign.” (It sure would be nice to find those things out before October!) The list of candidates was methodically whittled down from over 20 to 11 to six to four: Susan Rice, Gretchen Whitmer, Elizabeth Warren and Kamala Harris. Rice was eliminated because she had never held elected office before. Whitmer was hesitant to be selected, which probably dissuaded Biden from choosing her. Warren was strongly considered, but the Democrats didn’t want a ticket with two old white people. So Harris it was.

Just because the process is secretive and controlled by party insiders doesn’t mean it’s not responsive to voters. In response to the Democratic base’s desire for diversity, the Biden campaign announced way back in March that it would only consider female candidates for vice president. And remember: Political parties exist to win elections. At every stage in the selection process, parties think about who voters would be most likely to support. They aren’t going to nominate someone who voters despise.

We trust political parties to select vice presidential candidates without a single vote being cast, and nobody complains that it’s undemocratic. It would be no less democratic for parties to select their presidential candidates in the same way instead of in our circus of primary elections. Wednesday’s vice presidential debate was one of the healthiest displays of American democracy we’ve seen in quite some time. I don’t know about you, but I want more of that.

Contributor: There’s nothing wrong with not voting