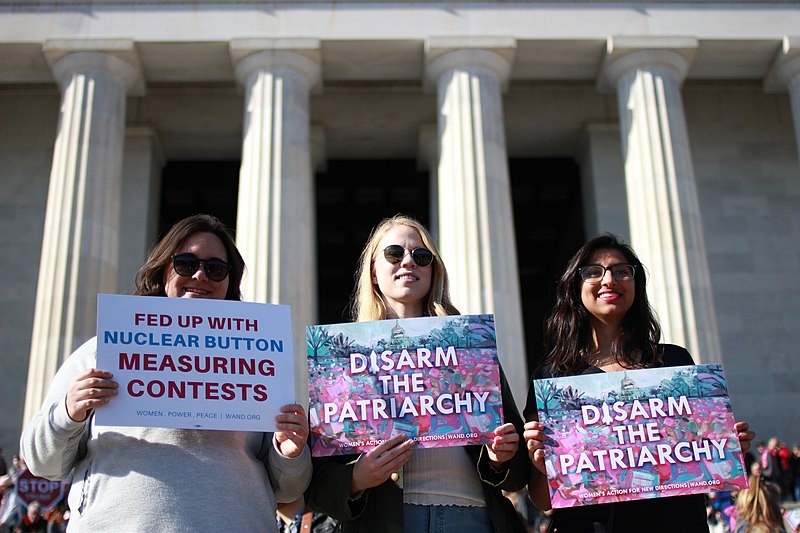 Many people believe we live in a patriarchal society. At first glance, there is plenty of evidence to support this view.

Just look at the distribution of political power and wealth. Only 25 percent of U.S. Senate seats and 23 percent of U.S. House seats are held by women. Additionally, only a third of the justices on the Supreme Court are female, and only four in its entire history have been women. Of course, there has never been a female president or even vice-president.

Even on a state-wide level things aren’t much better. Out of 50 states, only nine of them currently have female governors and only 29 percent of the members of state legislatures are women. The only two places with greater than 50 percent female representation are Nevada and Guam.

As for income, when not adjusted for seniority or job type, the median salary for men in the U.S. is about 19 percent higher than the median salary for women. For every one female CEO, there were nineteen males running companies in 2019. So how can one look at all these facts and not conclude that men have all of the advantages? Because there is more to life than political power and wealth.

If society’s only two values are political power and wealth, then yes, we live in a patriarchal society. However, I would argue that society has more values than just gaining wealth and power. What about good health? Time with family? More time for recreational activities? In these regards, women have men beat handily.

According to the CDC, women in the U.S. live an average of five years longer than men. Harvard Medical School reported men are also more unhealthy in general, summing up research on the topic by writing, “When it comes to health, men are the weaker sex.”

As for family time, do I even need to show you a statistic? Does anyone really question who spends more time with children in America? Men spend more time at work than women according to the Bureau of Labor Statistics. Because women spend far more time with children at home and at school (since about 76 percent of teachers are female) it is very easy to conclude women have a far greater influence on the next generation, and whoever influences the next generation directs the future.

So what does all this mean? Are men victims? Are women their oppressors? Absolutely not. If you thought that was my point, read it all again without your internal commentary. When people say we live in a patriarchy, they mean they are more concerned about the concentration of political power and wealth in men, rather than the benefits of family time, health, long life span and influence over the next generation which women enjoy. To be perfectly clear, I’m not arguing either side is oppressed or oppressor.

There are advantages and disadvantages to being a male and being a female. If we wish to be a progressive society, we ought to work with each other’s strengths, not blame each other for having them. If our society’s values are built around envying each other, we will become a miserable people incapable and unworthy of change. Let us value what is good, not what we don’t have.