Organized and hosted by Mason’s Creative Writing Program and Mason Libraries, the Visiting Writers Series welcomes a diverse set of authors “in poetry, fiction, and nonfiction to give readings and craft talks.”

Evans is the recipient of many awards for her fiction and her work has appeared in various famous publications including The Paris Review, Phoebe and American Short Fiction. Her first book, “Before You Suffocate Your Own Fool Self,” is a collection of short stories that James said, “force us to engage in what America really is, not what we wish it to be.”

James continued, “All of Danielle’s characters, at some point or another, must confront the awful truths of themselves or the ones they love.”

Drawing upon thematic and stylistic choice, Evans’ chosen reading for the night was titled “Happily Ever After” — the first short story in “The Office of Historical Collections” to be released in November 2020.

When asked about her technique of navigating character identities and situations, specifically regarding race and gender, Evans responded that the question writers should be asking is: “How do we have to be aware and how aware do we have to be dictated by the world?”

“It’s about an embodied experience of the world [with] loaded questions,” she said. “What you [as a writer] need to channel is the feeling.” 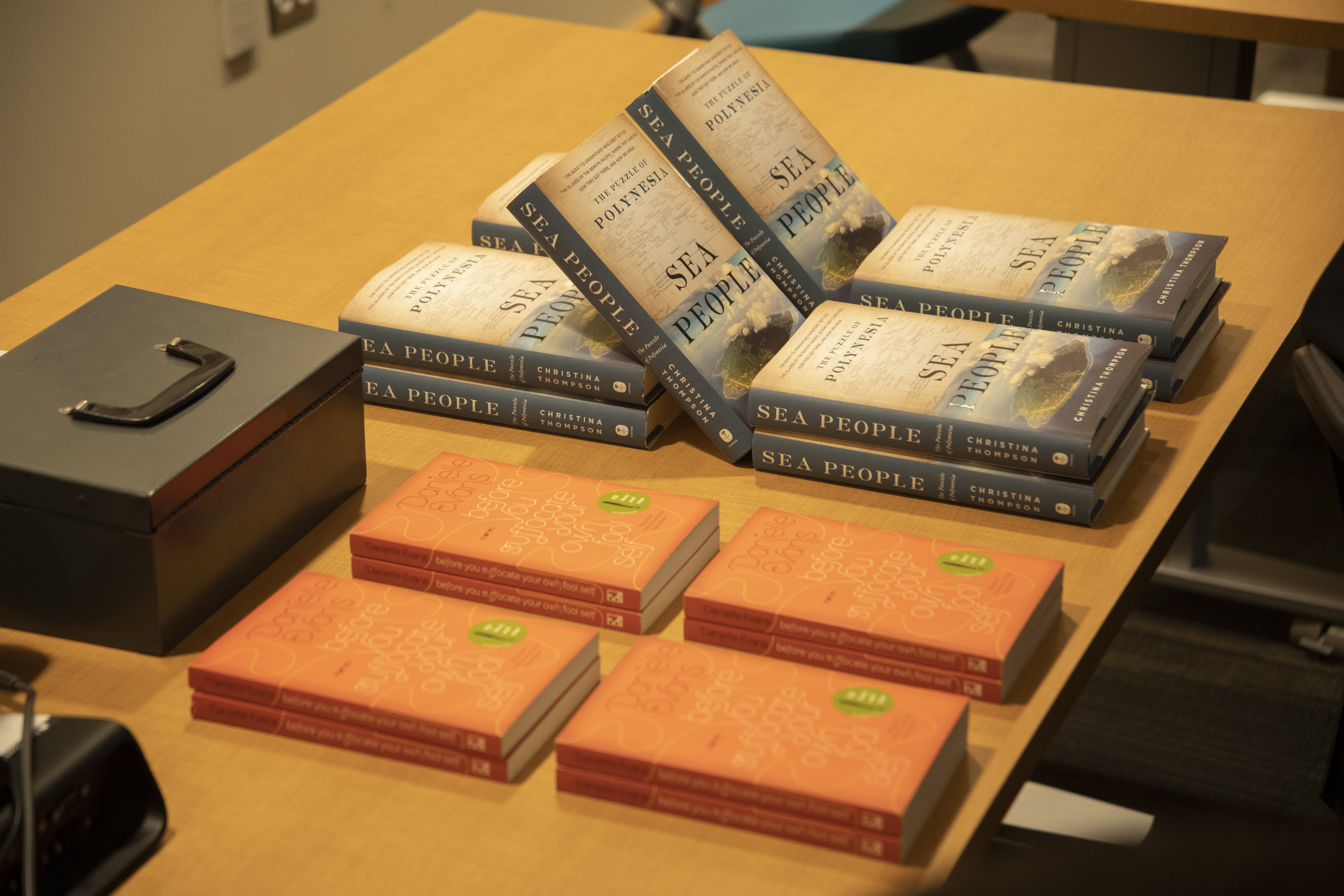 In contrast, Christina Thompson’s work offered interdisciplinary perspectives through her work in nonfiction.

“What we get is a double history,” she said. “The history about the original Polynesian migration and the history of how the later, mostly European sailors, archaeologists, historians, ethnographers, folklorists, biologists and geographers slowly came to understand the legacy of navigation and exploration by Polynesians.”

Both of Thompson’s books, “Sea People: The Puzzle of Polynesia” and “Come on Shore and We Will Kill and Eat You All,” range in academic disciplines and highlight the extensive Polynesian history and culture.

“The thing you [as readers] need to understand to get the picture is the geography of the Pacific,” Thompson said.

Rather than read a section of the book, Thompson elaborated on the disciplines she encountered when researching and allowed the audience to follow the projections through chronological time and schools of thought with her.

When asked about the structure of her books, Thompson responded, “Chronology is really useful. It’s the first data point.”

Throughout the night, Thompson and Evans discussed their challenges and triumphs in their respective literary disciplines and engaged with the Mason community on a diverse set of published works.

Why Mason Lobbies is Important

Not Just E Pluribus Unum: The Case for Latin