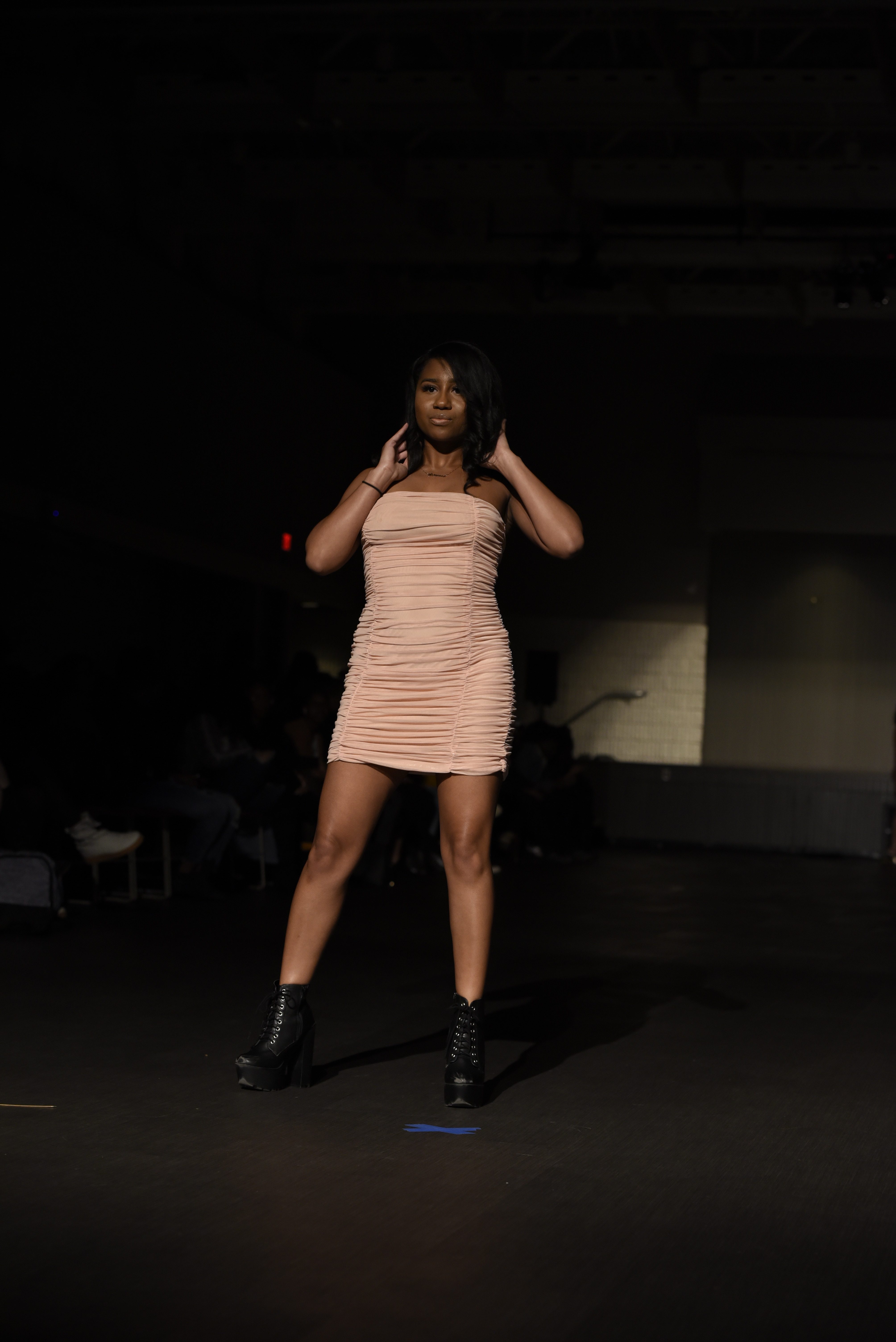 On Friday, Nov. 15, the Reign Model Troupe presented a memorable fashion showcase to a packed crowd in the Hub Ballroom. The room was filled with fashionable attendees, creating an exciting atmosphere.

The Reign Model Troupe is Mason’s first on-campus fashion group; it has been around since 2015. Prior to the show, the group held multiple fundraisers on campus to benefit Northern Virginia’s elderly community by kiosking in the Johnson Center.

In between the walks, the event’s organizers also made it clear that they were accepting donations to support local nursing homes, and that part of the show’s purpose was to bring awareness to Alzheimer’s disease.

The show was definitely a breath of fresh air compared to the usual outfits you would see when walking to class on any other day of the year.

The performance began with the Rated R models walking in to lively music. The models were clad in bright, impressive outfits. The group then proceeded to dance as they made their way up to the stage, finishing their performance with an “R Rated” dance.

After the walks, the show really began. The models started off in their original vibrant outfits and from there changed into sleek, modern dresses and suits.

The Rated R models did a great job of showing off every angle of the clothes they wore, posing at the end of the catwalk before turning around for the next model. As each one turned around, they met the next person in the middle of their walk. The two models interacted in some way, whether it was one spinning the other around, sharing an intentional look, or even a push and shove.

While the models switched outfits, they even brought up several audience members who were especially dressed up for the occasion.

Events like Purple Reign are important for so many reasons, whether it’s letting the model’s parents see the effort and payoff that goes into their work, seeing models get their faces and poses out there for others to see, or even giving attendees a look into the creativity that goes into fashion.

Throughout the entire event, you could feel the amount of energy coursing through the room. Every time a model came up to pose at the end of the catwalk, the audience responded tremendously, encouraging more and more outrageous poses from the models.