A wide collection of Mason students gathered in Innovation Hall to kick off the third Mason Jamfest, a 24-hour celebration of all things video games, hosted by the Game Analysis Design Interest Group (GADIG).

At Mason Jamfest 2019, one of the main activities is the 24-hour game jam, which is a timed competition where participants form groups to create a unique game completely from scratch.

“They go from 8 to 48 hours,” said Kai Smith, senior computer game major. “We get together in small teams and make a video game from start to finish. All of us should walk out of this game jam with a fully functioning game.”

According to senior and computer game designer Austin Buch, people join game jams for a number of different reasons. For him, he sees the professional application of an otherwise entertainment-oriented event. 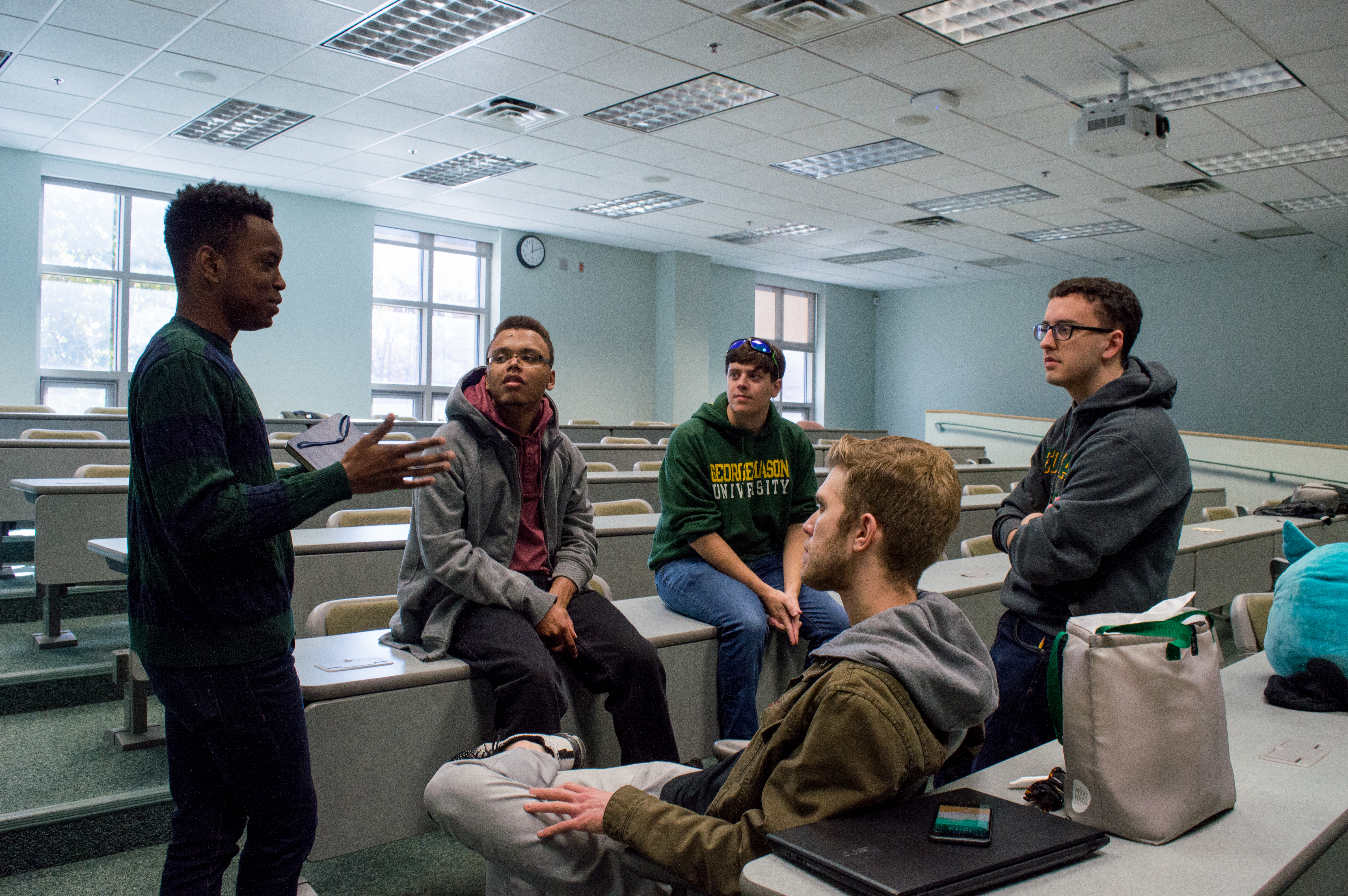 “Honestly, [it’s] just wanting to get more stuff for a portfolio, for applying for things in the future: grad school, jobs, that sort of thing,” Buch said. “Also, just the fun of it.”

For each game jam, a theme is selected and revealed at the beginning of the competition so that competitors don’t come into the jam with a nearly finished product. For the Jamfest, the organizers decided that koalas were the topic that each game creation should involve.

Jason Villanueva is a computer science major and the treasurer of GADIG. He has helped put together game jams before, and is president of the Voice Acting Club, a well-represented group at the event.

“Honestly, a lot of people that come here don’t quite understand either what it is to make a game or certain aspects of games themselves, and them still being able to use their talents and learn from that is really cool to see,” Villanueva said.

He continued, “It’s not like a class or an assignment or anything. We’re all just trying to learn from each other.”

During his time helping to coordinate game jams, Villanueva has seen some impressive creations made during the 24-hour time crunch.

“A team made a game that was, basically, where you play as a baby dolphin,” he said. “And whenever you press a button, it would use echolocation to figure out where it is on the screen. And it did all of this just to end up finding its mom. I thought that was just a really cute concept to use echolocation.”

Kristopher Heaston, a senior creative writing major, was one of the students taking on the game jam challenge for the first time.

“I’m the social media guy for the Voice Acting Club, so I wanted to be here as an officer to help out,” Heaston said. “And I’ve never done a stream before and … I’ve thought about trying it out for a career.”

He continued, “I’m loving it so far. It’s very much a group effort.”

According to Jacob Audick, another first-time game jam participant, “Seeing what we can create in 24 hours is kind of appealing.”

The jam is undoubtedly a sprint for the groups involved. When discussing the need for sleep during the competition, “Different people have different strategies,” Buch said.