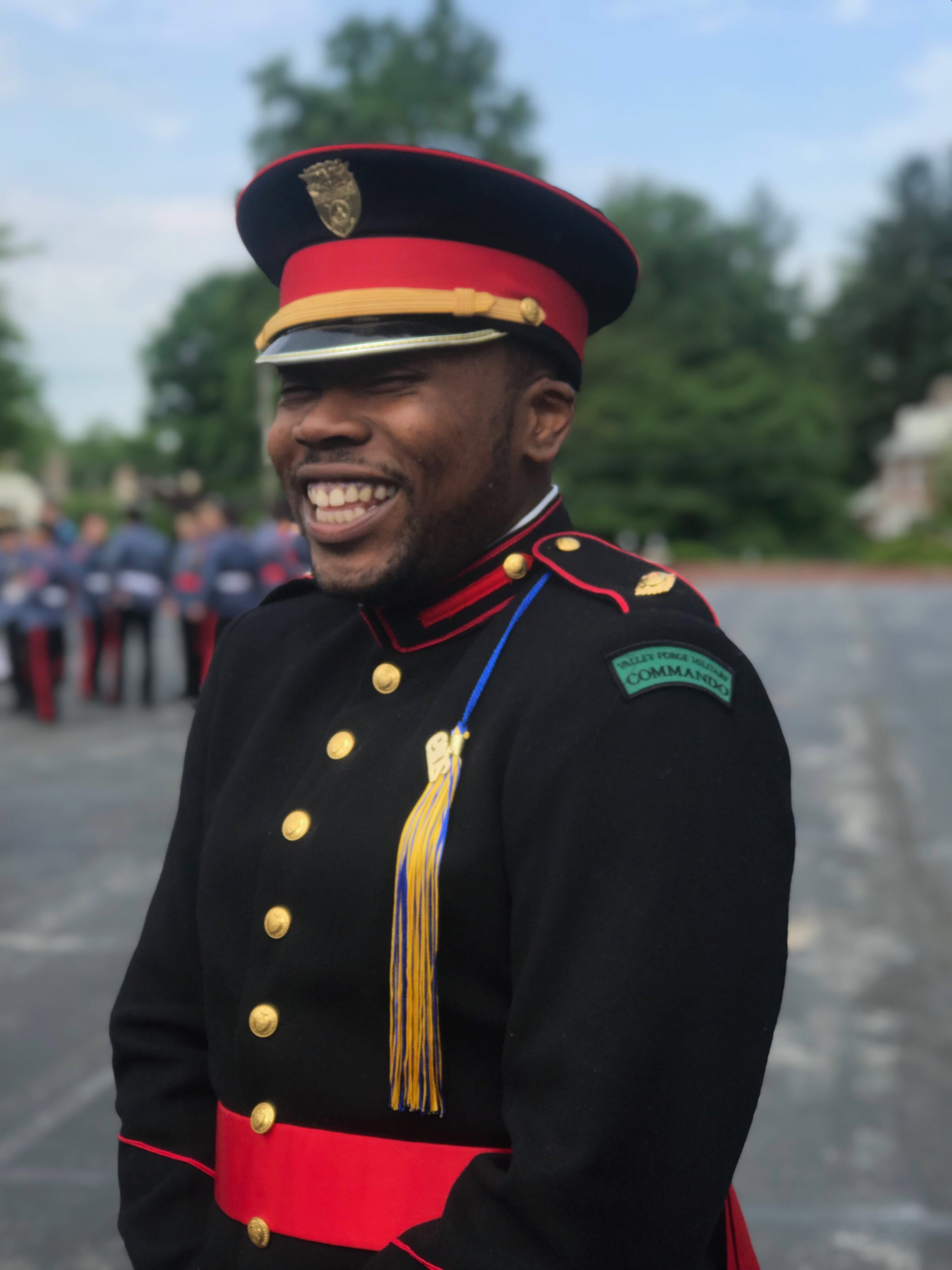 AS A TRANSFER STUDENT, HOW DID YOU HEAR ABOUT STUDENT GOVERNMENT? HOW DID YOU GET INVOLVED?

So, at my last school, I went to Valley Forge Military Academy and College in Wayne, Pennsylvania. I graduated with an [associate] degree in political science, and upon [doing] so, took it upon myself to get interested in Student Government, to better off my career as I become a lawyer and getting a better understanding of what the government will be like if I decide to pursue [that path]. My father encouraged me in doing so, because he said that was the best way for me to succeed in life and to do better.

WHAT ARE YOU MOST EXCITED ABOUT IN THE UPCOMING ELECTION?

What I’m probably most excited about is the change that could possibly happen if the young people go out and vote. But, you have to be encouraged to vote and want to vote. If you don’t want to vote, then you gotta understand that you can’t complain about the current state of this country, or what’s going on.

DO YOU PLAN ON VOTING IN THE PRESIDENTIAL ELECTION IN 2020?

To be honest, it depends on who’s in the election. I’m an avid person on being able to believe in what I want to, and be free in my thoughts. And certain candidates are not giving out freedom of thoughts. They’re more trying to control what you’re doing and how you’re doing it, and I believe in freedom in all aspects.

WHAT ISSUES ARE IMPORTANT TO YOU? AND WHY?

The most important issues to me probably would be immigration, gun violence and gender discrimination.

We also should be very aware of gun violence and how guns are easily accessible for anyone. I could walk into a pawn shop right now, in the state of Virginia, with my Virginia ID, and go and purchase an assault rifle, or a pistol. Why? Because I’m already of age, and all they have to do is do a quick background check on Virginia’s state court [database] to see if you have been convicted for a felony. And then if you’re approved for the weapon, you can walk out right then and there. I feel like it should be a much more thorough search, and I feel like you should go through a health evaluation before you purchase the weapon.

And, the last thing: gender discrimination. I feel as if women have an important voice. They also are the givers of life, so we should appreciate them much more and give them the respect they deserve. Without them, the world wouldn’t go around, and behind a lot of these really successful men are strong women who support them and gave them the wisdom to do so.

DO YOU HAVE ANY TIPS FOR MASON STUDENTS WHEN IT COMES TO VOTING?

Don’t go with who your parents say you should vote for. Do your research. Don’t follow the culture. Again, do your research. Be smart and aware of your decisions. And, don’t follow the trend. Just because you don’t agree with someone’s views doesn’t mean that they’re the wrong person. Just because you agree with [someone’s] views doesn’t mean they’re actually gonna do what they say they’re gonna do. So, do your research on a person’s character, on who they really are before you make the decision. Don’t just go off with whatever they say. Actions speak louder than words.

ONCE THE ELECTION IS OVER ON TUESDAY, WHAT SHOULD MASON STUDENTS DO?

Once the election is over on Tuesday, [you] should go out, see who won. Take your time. Get ready for the presidential election. See if who you voted for aligns with the president that you want to get in office. 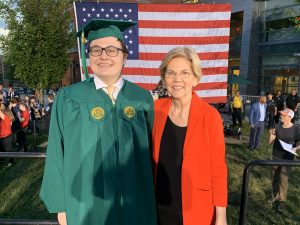 HOW DID YOU MEED LAURA JANE COHEN? HOW DID YOU GET INVOLVED IN HER CAMPAIGN?

I was looking for jobs last semester of college, and I had a friend who was working on another campaign who connected me [with] her. And I initially was going to stay on just through the endorsement vote, which happened at the end of April. And then we ended up working so well together that I decided to stick it through to the end of the general election as well. It just happened by chance.

WHAT MADE YOU WANT TO WORK FOR HER AND STAY ON FOR HER?

I just felt so strongly that not only did we need to get rid of the incumbent, but that Laura Jane was the perfect person to do it. As we spent more and more time together and I listened to her speak to crowds of people from all across the political spectrum, and seeing her values and her words really resonate with people — it was very inspiring.

WHAT WAS YOUR FAVORITE PART OF THE CAMPAIGN?

We, more so than I think most other campaign (sic), really tried to have as much fun as we could while doing all of the work that we needed to do. We would make sure that we were always cracking jokes and really just trying to keep our spirits high, especially during some of the long days when things would happen that weren’t so great, or somebody would say something negative and we would just really try to lift each other up. I think that was definitely my favorite part, because we both have very similar senses of humor, so we were able to make each other laugh a lot which, I think, really kept us going at full speed.

DID YOUR CLOSENESS TO LAURA JANE COHEN IMPACT HOW YOU FELT ABOUT WINNING ON ELECTION NIGHT?

Definitely, because I very quickly became a part of her family. I feel like I’m a part of her family, and so it felt very personal, and we all had just gotten so invested personally in this race. And we knew how bad things were, so we knew that there was a lot of pressure put on us by a lot of people, either intentionally or unintentionally. So once we saw that we had pulled it off it felt incredible.

WHAT DO YOU THINK YOU’RE GOING TO DO NEXT?

So, I’m taking a few days off. A lot of campaign staff do some kind of vacation, or usually physically remove themselves from wherever they worked on the campaign. So I’m doing that for a few days. And then when I go back to Virginia, I’ll be continuing the job search. I have a few potential leads that I’m working on, but I still have no idea where I’m going to end up. I would love to work for Laura Jane, but unfortunately at the moment they — the school board members — share a part-time staff that do mostly administrative work, and I think there’s like three school board members per staffer. So, I know that there’s intentions to change that, to give each school board member a full-time staffer, but that just isn’t gonna happen in time for me to be able to work with Laura Jane. But I think down the road, we definitely will be working together again in some capacity.