What Black-Palestinian solidarity can teach us about equality 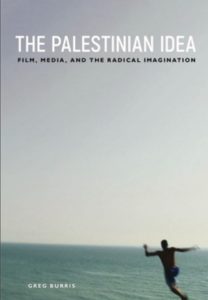 In this politically polarized American atmosphere, discussions about Palestinian-Israeli relations and black equality in the U.S. remain a controversial topic.

On Nov. 7, Greg Burris, author and assistant professor of media studies at American University of Beirut, argued for the interconnectedness of these two groups. He introduced a new paradigm in the way we think about Black-Palestinian solidarity.

He drew distinct parallels between the journeys of the two groups and claimed they were inexplicably intertwined. Burris maintained that in order for us to critically examine the lens we view the world through, we must analyze the way these fights for solidarity are connected to one another.

Burris said that Black-Palestinian solidarity is not a one-way street. “Freedom is universally important,” he said. “Inequality is not the alpha and omega of reality. We can use our minds to promote equality, especially at a time of heightened white supremacy.”

Burris also discussed ways in which previous protesters in Black and Palestinian liberation movements have worked together to find commonality in each others’ fights. Burris cited Martin Luther King Jr., Malcolm X, W. E. B. Du Bois and many other black activists as active supporters of Palestinian liberation.

To complement this claim, Burris then incorporated American media and culture, arguing that modern American culture has also been a strong advocate for Palestinian liberation.

Hip-hop artists such as Lupe Fiasco and Tupac, as well as social justice organizations such as Black Lives Matter, have illustrated their support for Black-Palestinian solidarity within American culture.

To conclude, Burris proposed strong arguments for the existence and possibilities of equality in both the U.S. and Palestine. He discussed the ways in which the Palestinian ideal is not merely a future fantasy, but rather also exists within the present.

“Equality exists, and we have the tendency to locate equality in our visions of utopia in the distant future,” Burris said, “Fragments of equality already exist in the midst of our inegalitarian present. It’s not just a fanciful dream.”

Attendees were engaged, asking questions and proposing new ideas within the conversation of Black-Palestinian solidarity. It was evident that the information was open to interpretation, and the atmosphere of the event provided a comfortable space for discussion.

“I thought it was a good presentation,” said cultural studies major Eric Ross. “It was a good summary of the issues within the last half-decade of liberation struggles in the Middle East and the U.S.”

Burris emphasized the importance of commonality among liberation movements.

“It is important to find existing equality,” Burris concluded. “Liberation is here, and we have to find it and fight for it.”