On Friday, Sept. 13, Senator Mark Warner hosted a town hall meeting in the Hub ballroom aimed at addressing his legislative initiatives, including the Student Right to Know Before You Go Act of 2019 and other issues surrounding higher education costs.

During his opening statement, Warner talked about his business background and a few of the different legislative measures he has put forward centering around college affordability and student financial literacy.

Warner noted that the decision on where a student goes to college and the cost of attending a university will probably, next to buying a house, be the most expensive investment that student makes.

“We do a really crummy job in this country of trying to give you the right information and have the right kind of price transparency around making that selection, so I’ve got a series of bills, legislative bills, that try to say, ‘How do we make sure that you are a more informed consumer before you go?’” said Warner.

Before welcoming Warner to the stage, Mason President Anne Holton took the opportunity to note the diversity of backgrounds in Mason’s community and why the discussion on the cost of higher education was important at Mason.

She continued, “The great thing is that we take them on here at Mason to great graduation rates, to great jobs throughout Northern Virginia and the United States and the world.”

The Student Right to Know Before You Go Act of 2019, on which Warner partnered with Senators Marco Rubio and Ron Wyden, aims at increasing students’ access to information about a school’s graduation rates, how much a graduate can expect to earn, and student debt levels before they make important decisions about higher education.

Warner also brought up his Employer Participation in Repayment Act that would allow employers to pay for employees’ student loan payments, or even send an employee back to school using pre-tax dollars. He also talked about making the Dynamic Student Loan Repayment Act, an income-based repayment legislation, the “number one or two number top priority” for the Senate.

During the question and answer portion of the town hall, Student Body President Camden Layton asked Warner several questions that were sent in beforehand by Mason students that centered around increasing Pell Grants, student financial assistance and financial literacy. 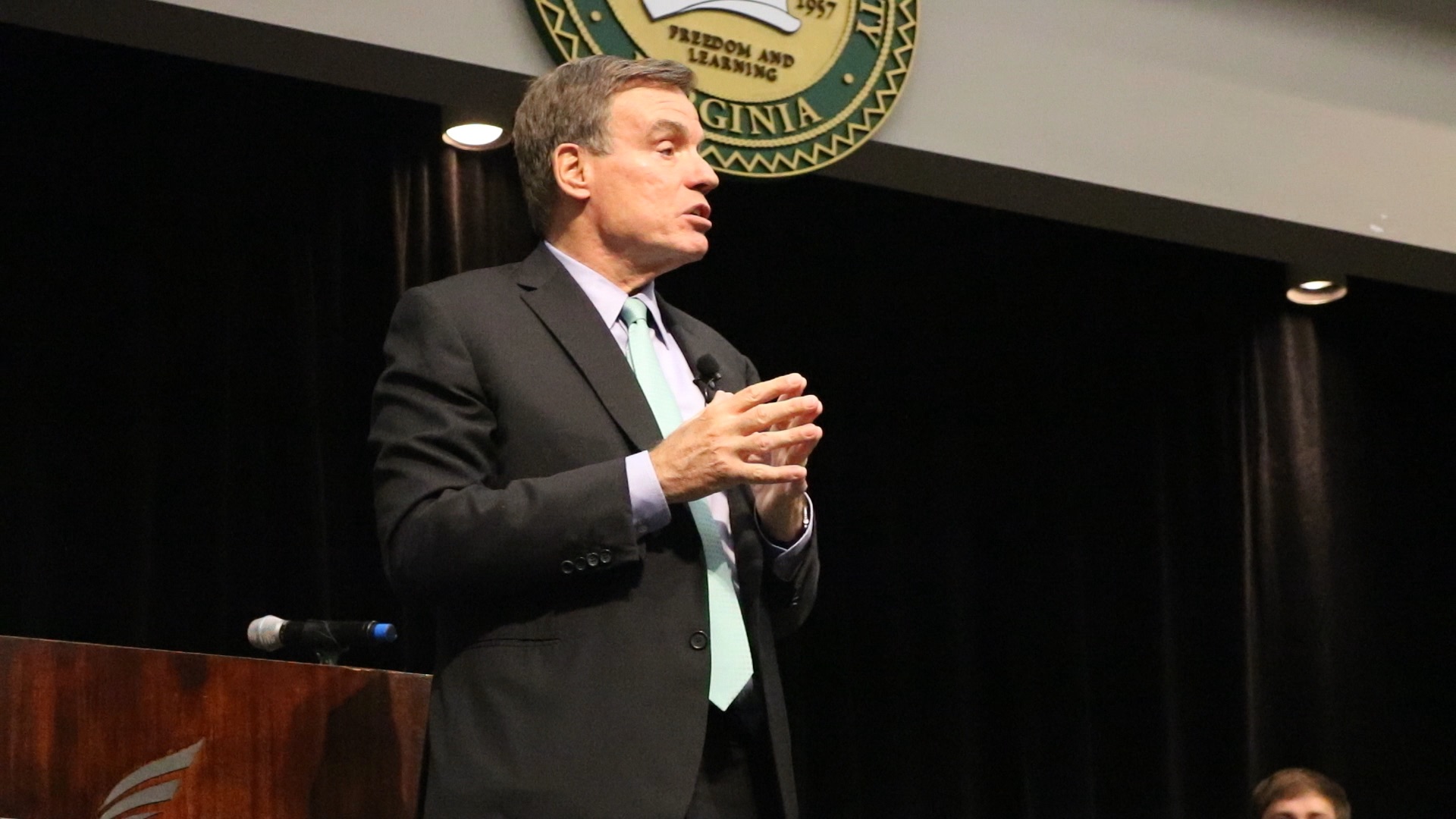 A few Mason students also had an opportunity to ask Warner their questions directly.

Among them was Will McLauchlin, a sophomore at Mason, who asked if Warner would support Bernie Sanders’ plan to cancel student debt, a prominent issue among the Democratic party.

“I have several friends here with great amounts of student loan debt and I’m aware that your colleague in the Senate, Senator Bernie Sanders, has introduced legislation … to make public colleges’ and universities’ four year tuition free… we are the richest country in the world…in my opinion, if we can bail out the banks on Wall Street, we can bail out the students too,” McLauchlin said.

Warner said he does not support Sanders’ plan, saying, “There is nothing progressive about leaving your generation with a country that can’t pay its bills.”

Both Student Government and GMU Democrats were present at the event.

For Taylor Moore, the Executive Secretary of University Services of Student Government, student loan debt and the discussion surrounding it is going to be an important voting issue for her this November.

“For me, I would say student loan debt and the whole discussion around that is something that is very important to me because I do like education … and education policy, and I am a student and I have a lot of debt,” she said.

Emma Salas, the chief of staff for GMU Democrats, also said that college affordability would be a big voting issue in the November election.

“It’s a super important issue, especially — I’m an out-of-state student — this will be the first time I’m voting here in Virginia in this local election year … At [Warner’s] level, college affordability [is] a big [issue],” she said.

Warner ended the town hall by urging attendees to go vote. “This year, every member of the General Assembly, all 100 house seats, all 40 senate seats — those folks will frankly have as much to say about tuition and reimbursement and support,” he said. “So please get out there if you’re a Virginian and vote this fall.”

Fall Into These Sports