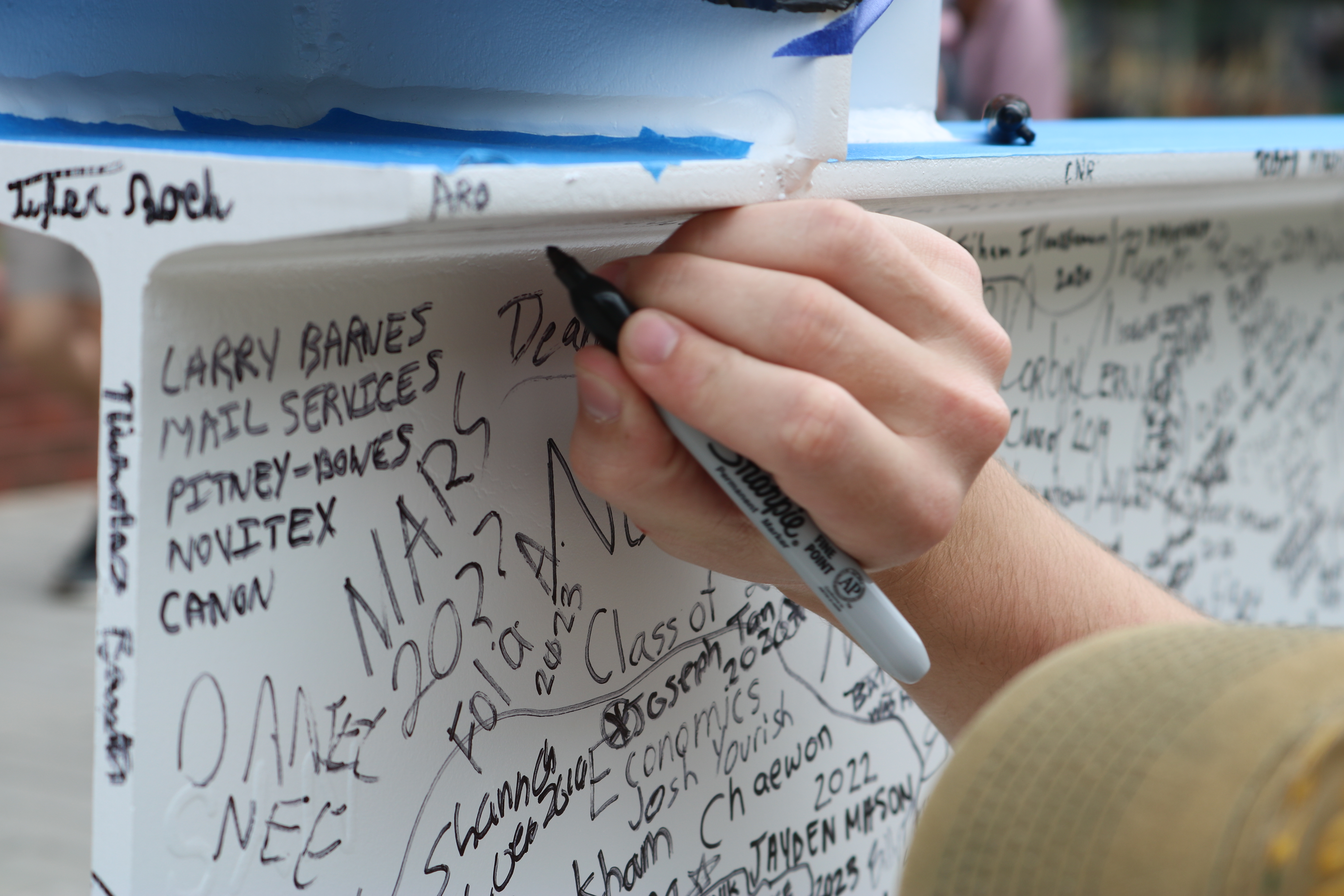 Patriots left their legacy on campus Aug. 27–29 as they signed a beam that will be placed in the new academic building.

The beam was available for students to sign from 10 a.m. to 4 p.m. between the construction site and Fenwick Library. Since the signing, the beam has been placed in the new building’s MIX space.

The idea came about when Mason administration was brainstorming how to keep the community engaged in the construction process, project manager Cathy Pinskey wrote in an email to Fourth Estate.

Working with the designers of the building and the contractor, an exposed beam in the MIX was chosen so that it would visible once the construction was complete.

Students wrote important information about themselves, from their name and graduating year to what sorority they are part of. 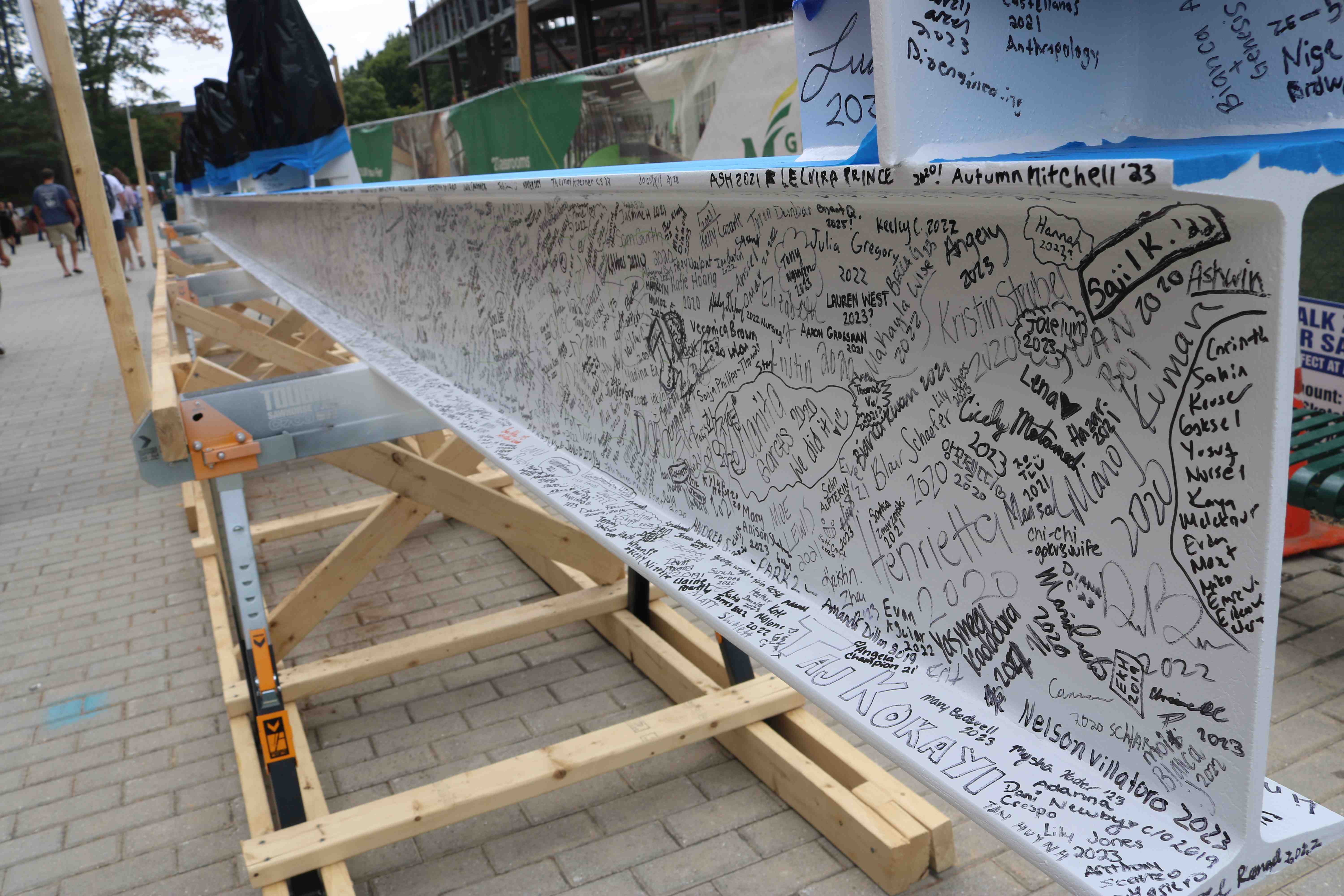 “I’m graduating … in the spring and I won’t be here to actually see the whole building in its full glory,” environmental science major Ridhima Bhatia said. “And so since I won’t be here, I wanted to leave a little piece of myself in the building.”

Many different reasons were given for why people wanted to sign the beam, including students taking pride in their educational investment to being a part of the Mason community after graduation.

“Just thinking that my name is on there and at one point that my grandkids might be able [to] come here and [be] like, ‘Hey, my [grandma’s] name’s on there,'” sophomore government and international politics major Abel Nyangoro said. “It’s just [one of] those cool things that make you want to do [it].”

Faculty at Mason also signed the beams — including Interim President Anne Holton. Holton signed a beam Thursday morning with Eileen Filler-Corn, a member of the Virginia House of Delegates.