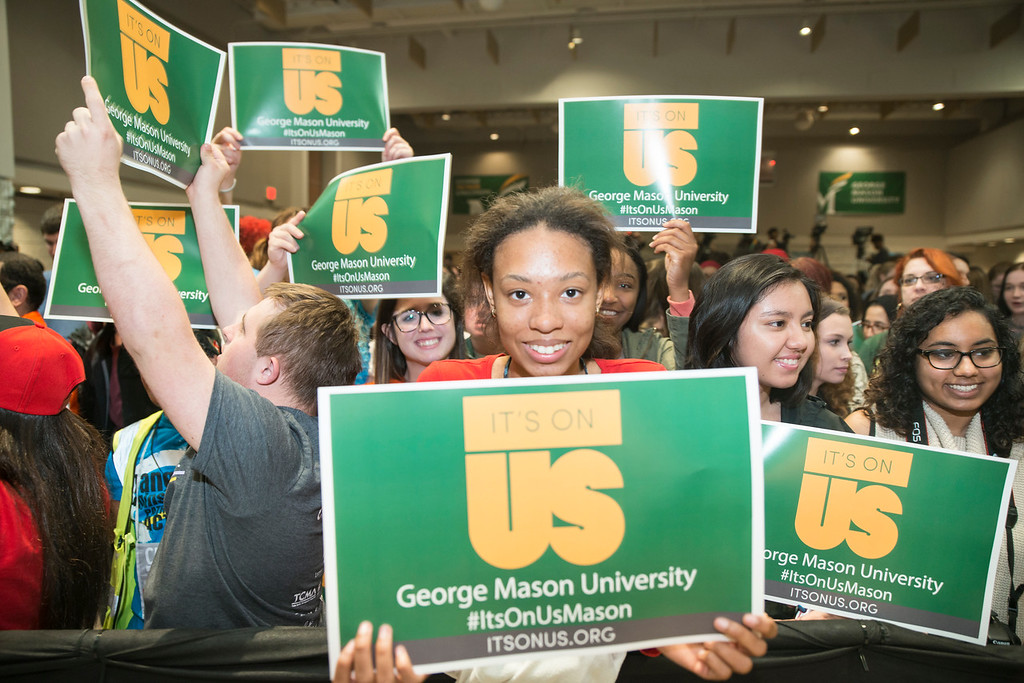 Early this March, Jennifer Hammat, Mason’s Title IX coordinator at the time, announced her forthcoming resignation in the wake of numerous reports of sexual assault and harassment experienced by students on campus. This resignation hastened Mason’s search to find a new Title IX coordinator, specifically one that would be collaborative with university policies and be able to connect with survivors of sexual assault.

It was announced in July that Mason had hired Angela Natase as their new Title IX coordinator.

Now the question remains: will there be a vast improvement for survivors, like me, to get the resources we desperately need so that we can have the opportunity to alleviate the stresses that come in the aftermath of our tragic experiences?

The first time I was sexually assaulted when I was eleven years old by one of my classmates on the elementary school playground had been traumatizing enough for me. Moreover, it was traumatic enough to the extent that I had not talked about it for years.

With the warm, welcoming remarks of the Title IX coordinator during my freshman orientation,

I felt secure in my decision to choose Mason.

However, I would soon learn that these remarks were nothing more than a facade. I was sexually assaulted again on campus in the fall semester of my freshman year. Per a friend’s suggestion, I reached out to the Title IX office, but unfortunately I received very little help.

This incident, I felt, could have been prevented, if the Title IX coordinator provided me resources that could support my well-being on campus. I continued to be constantly stalked by my assaulter and was attacked by him this past summer.

Unfortunately, the repeated occurrences of the sexual assault impeded my academic performance during summer classes. I was penalized for missing tutoring sessions and classes simply because I did not feel safe going to an empty campus — considering that was the environment I was in during both of my assaults.

I came forward about being sexually assaulted on campus to one of my professors who reported the incident to Dr. Angela Natase, the current Title IX coordinator. Within a few days. Dr. Natase sent me a heartfelt email asking if I wanted to contact her about the possible legal routes and resources for my well-being. With hopefulness, I agreed to contact her.

Dr. Natase was willing to assure me that what had happened to me was not my fault and that it was unjust that the assault was threatening my rights as a university student.

In her email, she indicated specifically which resources were confidential and which were non-confidential. Furthermore, she had transferred me over to specific resources on campus that could ensure facilitation in the healing process of assault to establish that I could achieve my academic and personal goals.

While my experience with the new Title IX coordinator was smooth-sailing and effective, I still

feel that Mason is more negligent in Title IX reform compared to other public universities in Virginia due to the office being understaffed and a standing history of a lack of coordination among necessary resources.

Nevertheless, I hope to see changes in Mason’s culture to be considerate towards survivors of sexual violence in order to ensure they are not discriminated from academic and personal enrichment opportunities on campus.