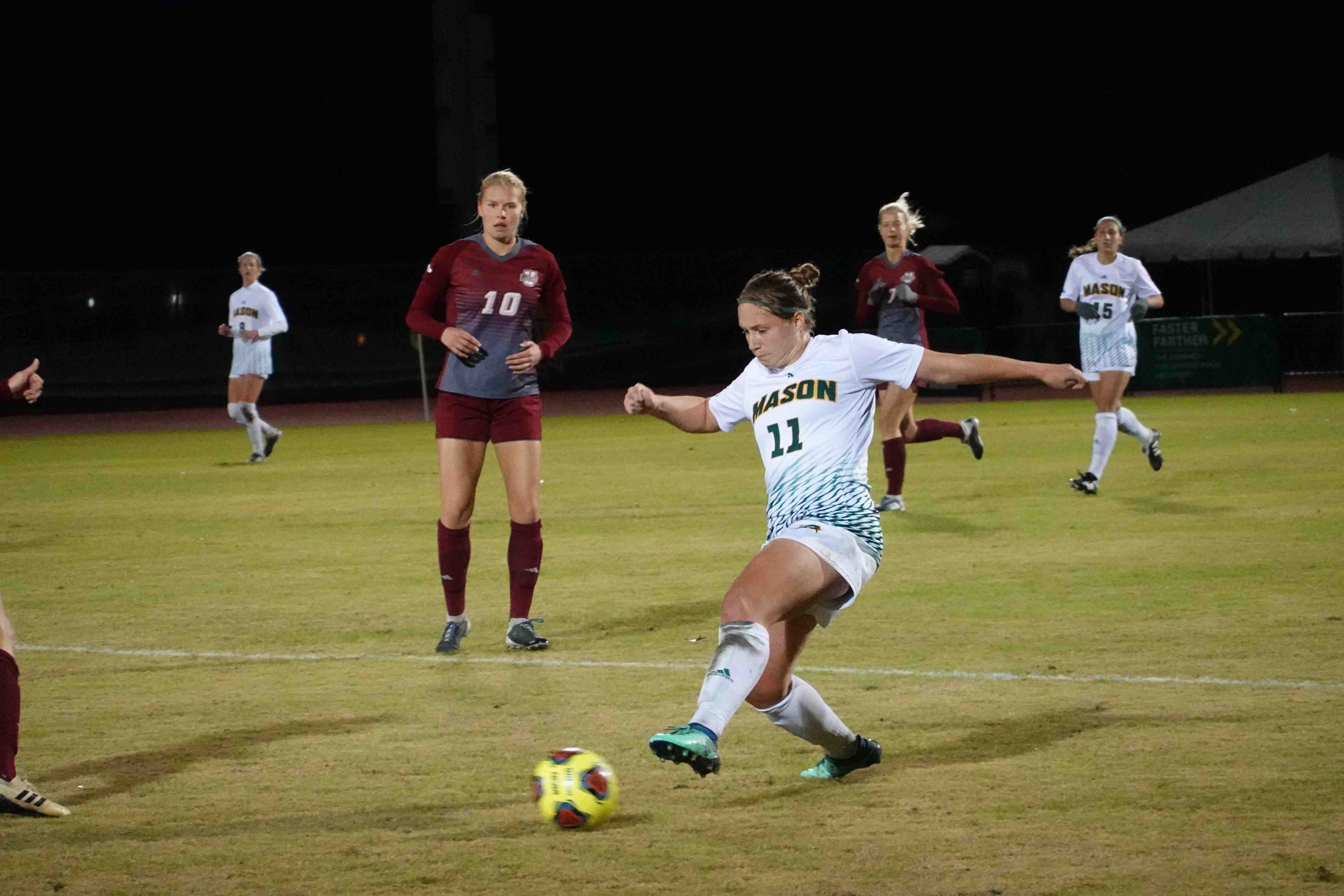 Men’s Soccer looks to follow up their unexpected run to the A-10 championship game with another successful campaign. Last season the team gained traction as the season progressed and had their most successful year since they made the NCAA tournament in 2013.

The Patriots are welcoming five freshmen to the team this season, three of whom are from Europe.

Mason will be fielding an experienced team this season, as 14 of the 29 players on the roster are seniors.

“We are excited about the 2019 team,” Mason men’s soccer head coach Greg Andrulis said. “We have a veteran group returning that played in the conference championship in 2018 and are eager to improve upon that…. We have added some quality new players … , who we expect to make immediate contributions…. This is an exciting time of the year as we put the pieces together and we have high expectations for this year’s group.”

Women’s Soccer ended their season in the semifinals of the Atlantic 10 Championship with a loss to No. 1 Saint Louis.

Looking forward to this season, Women’s Soccer is ranked third in the A-10 preseason coaches’ poll. This can be attributed to the return of 18 Patriots and rising-sophomore Emma van der Vorst, a 2019 A-10 Preseason All-Conference Team selection.

Women’s Volleyball made their first trip to the A-10 Championship in program history and finished with a program-best A-10 record of 8-6 to land fourth in the conference.

From Aug. 30 to Aug. 31 Women’s Volleyball will take a trip to Puerto Rico to face University of Missouri, East Carolina University and Providence University. This is their first major trip out of the contiguous U.S.

This Patriot squad also is adding six new freshmen additions to the team, four of which hail from the state of Virginia.

“This season will be different than the last two of my years here as we have more depth than we have ever before,” said head coach Aylene Ilkson. “We have more competition in every position and I’m excited to see which of our athletes will step up. We play a very challenging preseason schedule that will certainly have us battle tested for when A-10s arrive at the end of September.”

Both men’s and women’s cross country look to follow up successful finishes last season after both teams finished fourth at the IC4A/ECAC Championship.

“[The men’s team] will be interesting — we graduated two All-Conference honorees but we do have an exciting group of returnees and several newcomers that could step in and replace and perhaps exceed last years group. We’ve got some holes to fill but the pieces are definitely there,” said head coach Andrew Gerard.

He added, “For the [women’s team], this is perhaps the best group we’ve assembled in a long time here at Mason, maybe the best ever as a whole. They have an excellent mix of young and old, experience and newcomers. It’ll depend on how they progress and gel through the season but the possibilities are exciting.”

Letter From the Editors