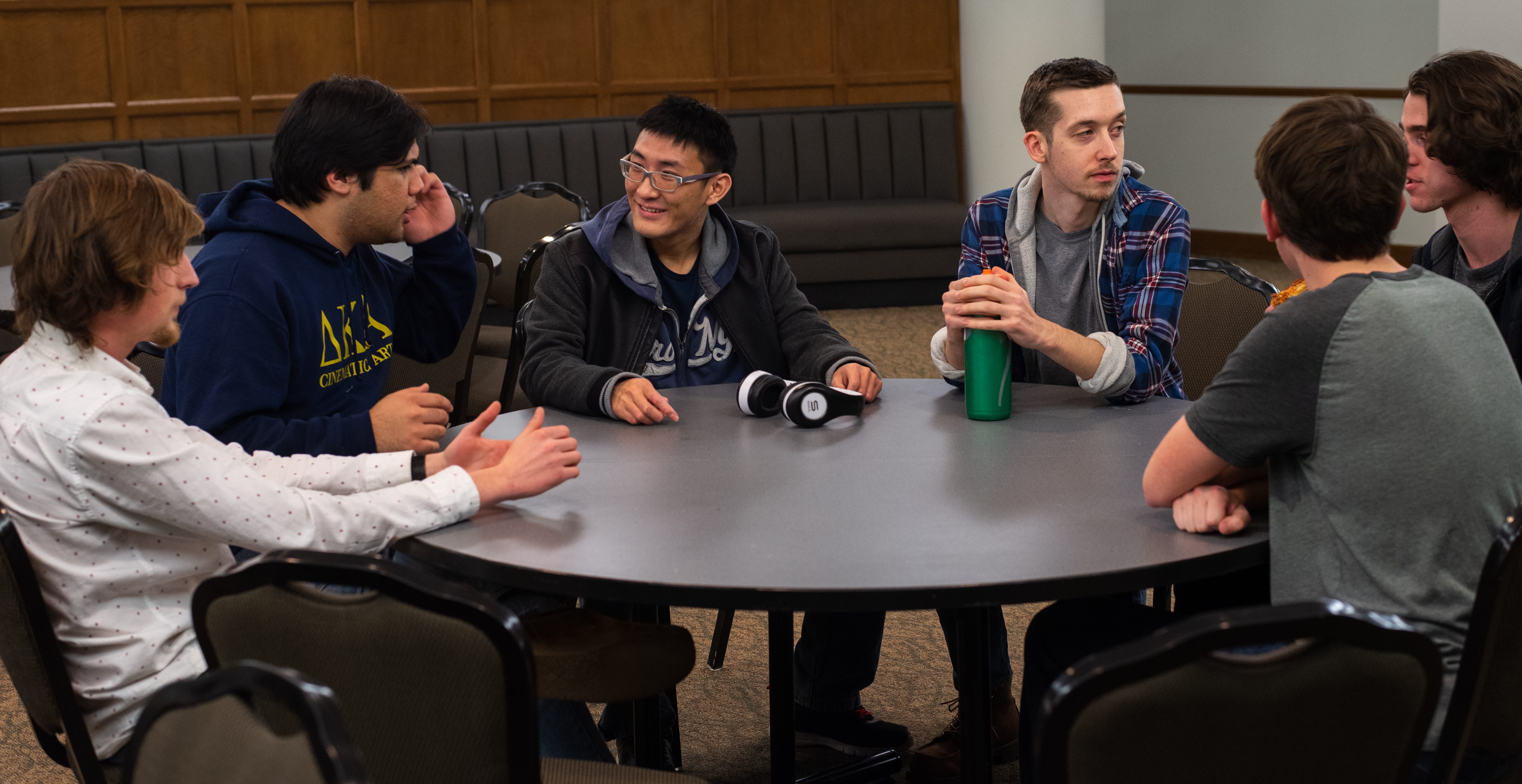 The Delta Kappa Alpha (DKA) film mixer, held in George’s in the Johnson Center on Feb. 19, proved to be a very useful introduction to students trying to get a foothold in making their own films.

Theatre major Kat Amato, a member of the fraternity, said their mission for this event was to both allow networking for students outside of the fraternity and show them how useful being a part of this close-knit group can be. Amato believes it benefits student film artists by showing how this is a professional business fraternity that has experience within the film field. She explained that their fraternity also takes everything they do very seriously, no matter the project or person.

Madison McVeigh, a theatre major, is a student film artist who has been in a couple of films before. This is her first time attending a mixer from DKA. Currently she is casting for a film, but is part of the Mason production “Really Really,” opening Feb. 28, on the side. 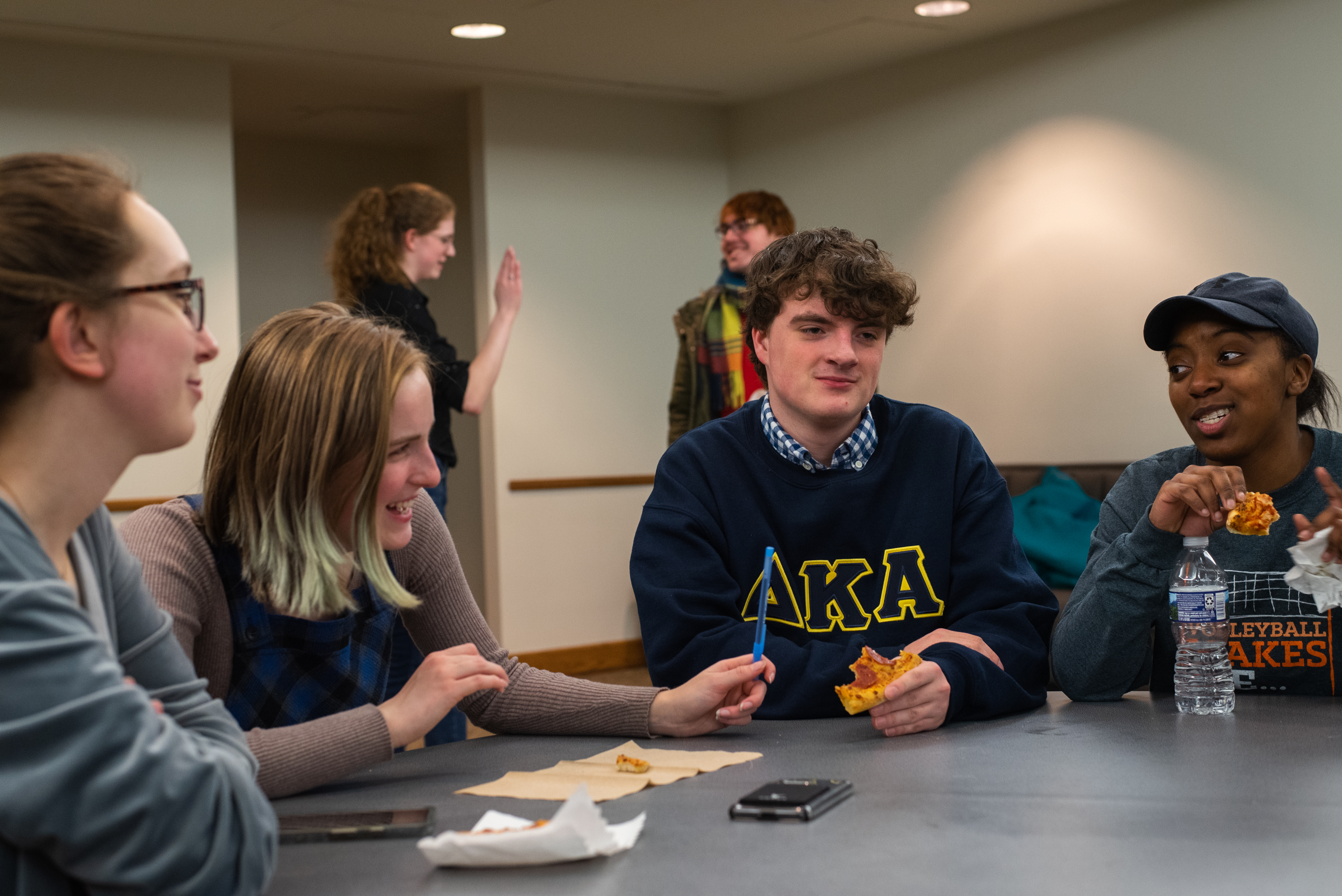 McVeigh felt the event is a great way to meet new people interested in the same things you are, as well as to make connections. On the benefits of the events, McVeigh said, “I feel like the theatre and film departments don’t communicate between themselves too often, so this is a great way to get people together.”

The event offered the opportunity to hear about the many different types of genres film students are working on.

Mason student Jared Palacios is the director of his own senior project, a documentary about immigration named “How to Get There.” The film focuses on a chef from a restaurant that Palacios used to work at and the obstacles that the chef had to go through to get where he is now. The chef started working as a dishwasher after immigrating to America to working as an executive chef at a restaurant making millions a year. It is a success story, and Palacios wants it to inspire immigrants to strive for their own dreams. He hopes for it to “spread awareness that there is a huge gap on how to get to that dream.”

The fraternity seems to bridge the gap between 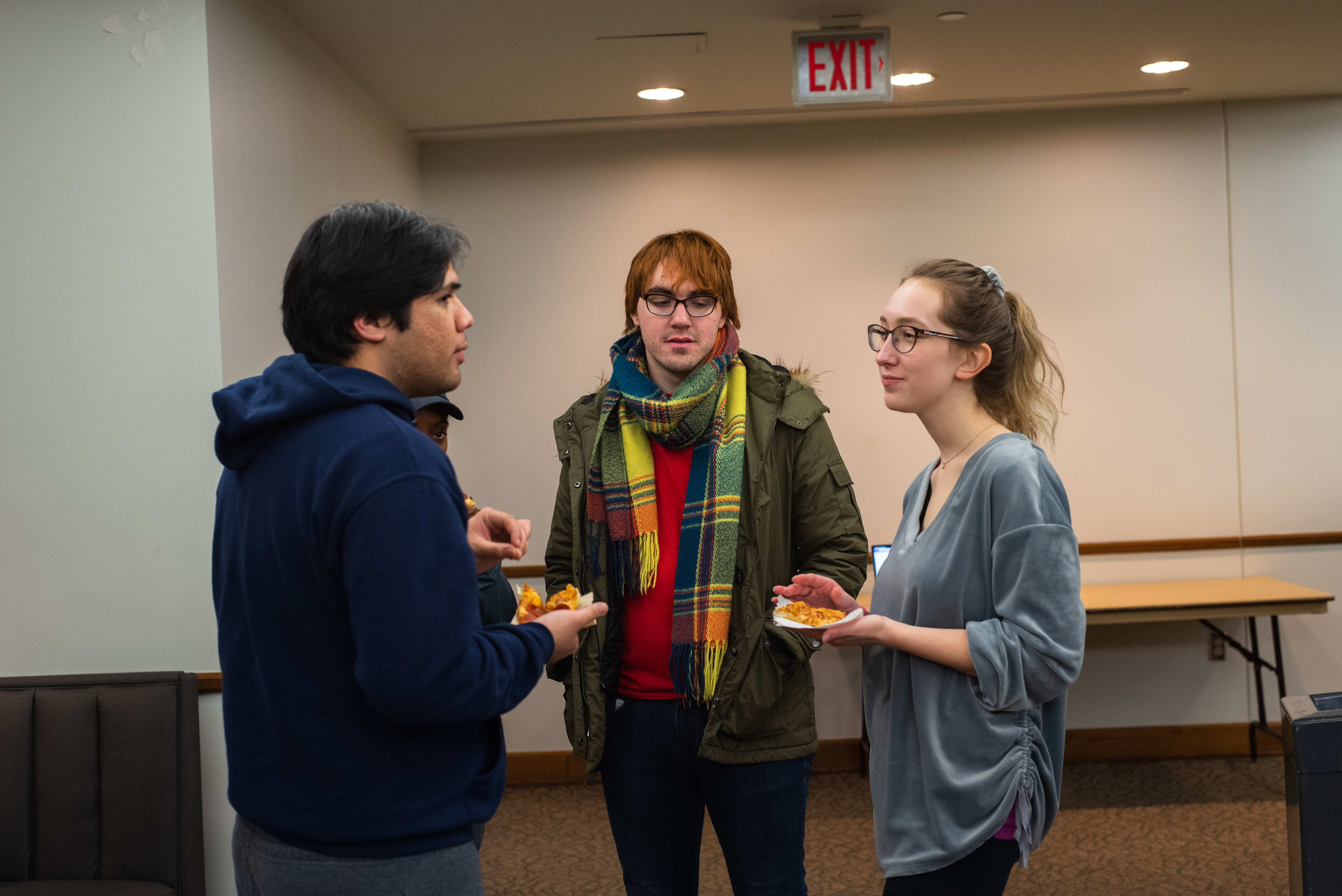 all majors related to film, whether it is acting, writing or directing. Everyone in DKA, or those interested in joining, are both very serious about their work and serious about helping others get into the film industry as well.

If you’re looking for your first step into the film industry, then DKA would be a very good place to start.