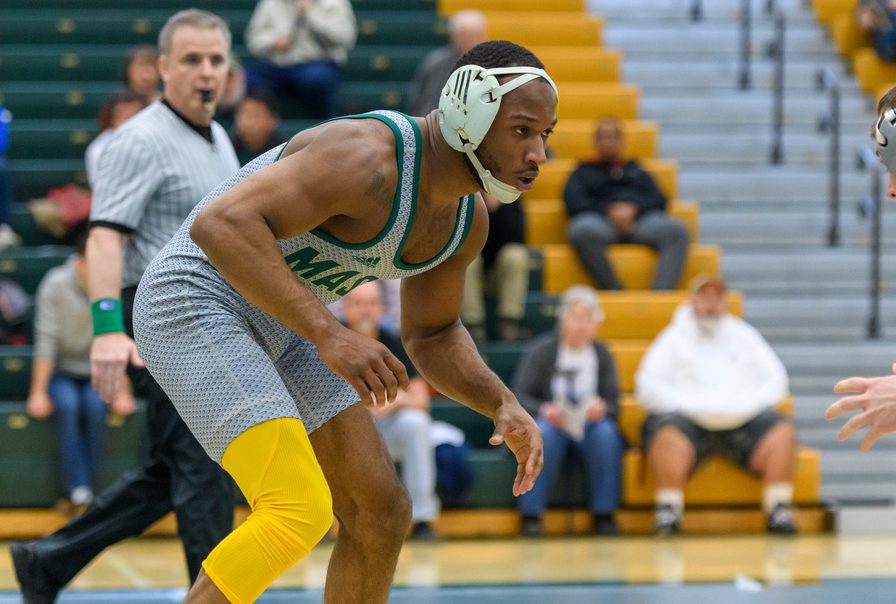 In the seventh grade, Tejon Anthony did not make his school’s basketball team. As a result, he continued with youth wrestling.

This deferral kept Anthony interested in wrestling throughout much of his academic career. He chose Mason on the advice of his coaches, noting the university’s great academics and its close proximity to his home of Baltimore.

The 5-foot-7, 149 weight class redshirt senior described his transition from high school to college as a big jump.

“I feel like a lot of high schoolers feel like they are really good,” he said. “But once you get to this level, everyone is the man in their state respectively.”

“Everybody’s tough.” Anthony continued. “Everybody can wrestle. I mean, I remember my first time coming into the room and got (sic) beat up. Beat up. None of my best stuff was working. I think there has been a lot of growth since coming into college.”

He was not recruited by Mason, despite being a one-time state champion. When asked about the politics of the wrestling world, Anthony said, “Sometimes you can be a state champion, and it has literally no effect, because you don’t go to the bigger tournaments. The only time being a state champion really means something is probably coming out of one of the powerhouse states like PA, Cali, Ohio, maybe Illinois.”

To this day, Anthony recalls the seniors on Mason’s wrestling team from his college freshman year. They inspired him every day.

“When you come into the program—into the team, you go from being the top guy to literally one of the worst on the team, essentially,” he said. “It’s kind of like you challenge yourself every day to get better and shorten the gap, so for me obviously I wasn’t going to be the starter that year, ‘cause I wasn’t good enough. That just was the reality of it. What could I do to shorten the gap? It was alright, he scored 10 points on me yesterday. He’s not scoring 10 points on me today. He’s getting eight.” 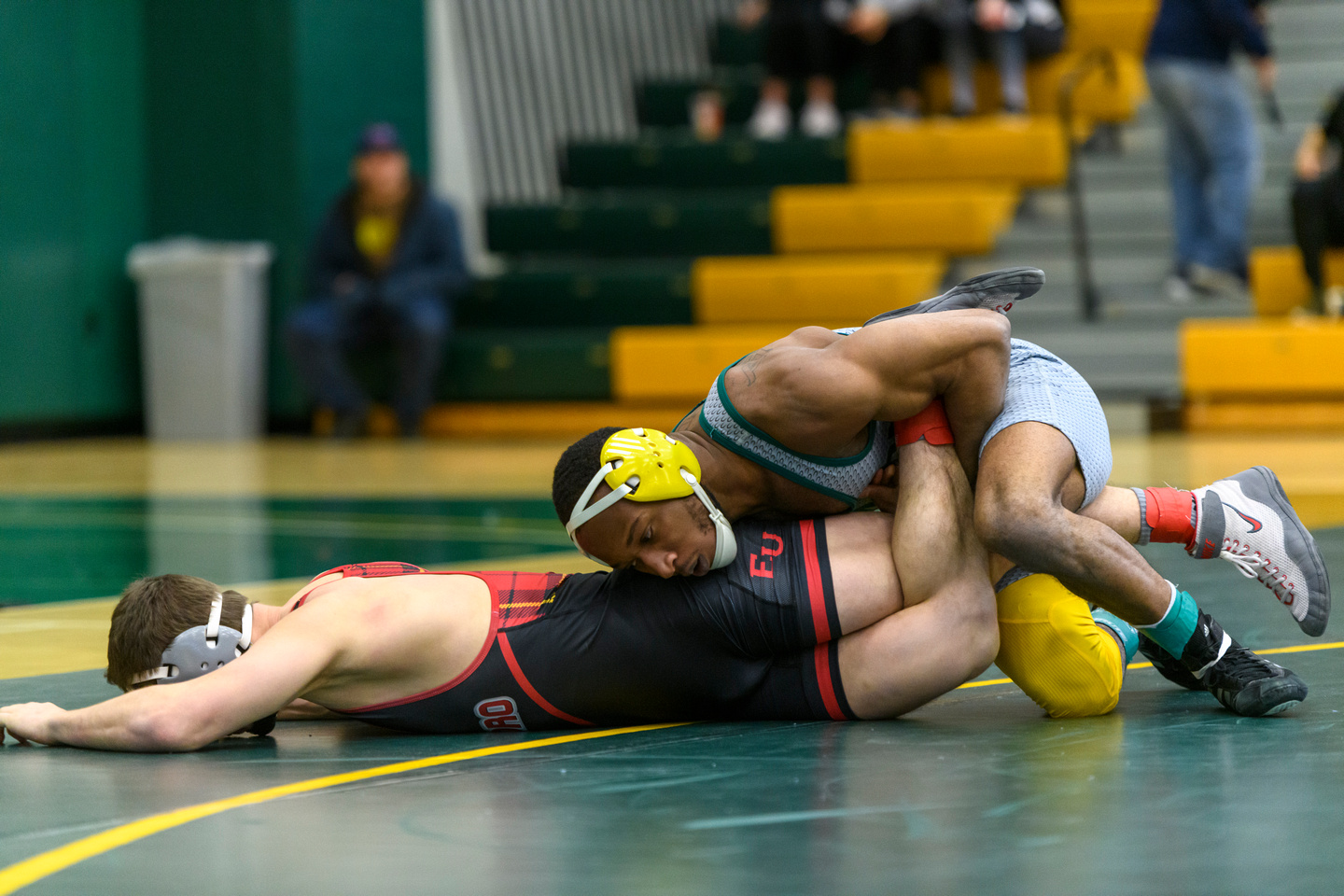 Anthony has had a prolific wrestling career, including 22 wins last season as well as qualifying for the 2018 Division I NCAA Championships.

A match that Anthony remembers in particular was against “Maryland’s starter at 149, my weight class. … One of the most recruited kids coming out of high school. Really good. I wrestled him in high school. He beat the crap out of me. … I wrestled him again my freshman year. My true freshman year of college, I wrestled him [in the] first match at the NC state open. I want to say he beat me 11-2 or 11-3, something like that.”

However, this was not the only meeting between these two foes.

“[The] very next year we [were] both starting,” Anthony said. “We both redshirted at the same time. Then [when] we came back, we both were in the lineup [in] the same week. I wrestled him again at Maryland, and I beat him 3-2. … I think the really big win for me gave me a lot of confidence going into the rest of my season and just wrestling in general.”

When asked what was going through his head on Senior Day, Anthony laughed, “Don’t lose.”

In a more serious tone, he continued, “Your time as an athlete goes by like the wind. I know everybody says that, but it’s really true. I can remember my first day in the room. I remember my first practice. My first week. This was four years ago.”

Anthony finished by saying, “I can appreciate all that wrestling has done for me and all that George Mason and my teammates, the coaches, the supporters have all done for me. I just want to go out there and put on a good show for them, just ’cause they’ve supported me throughout my whole journey here.”

Anthony plans to enter the technology field after graduation.

“Hopefully, I’ll be working as a software engineer at Tysons Corner with a government contractor,” he said. “If all goes well, hopefully that pans out. And I want to stay in the area. I’m originally from Baltimore, so I want to stay out here to do the independent, ‘adulting’ thing and give that a try.”

I am a Senior film and video studies major. This is my 8th semester at the Fourth Estate. I started as Graphics Editor as a freshman. In Fall 2018, I was the Art Director. Currently, I am the Online Director of the organization. This means that I coordinate the multimedia and social sections of Fourth Estate and manage the website.
View all posts by Billy Ferguson →