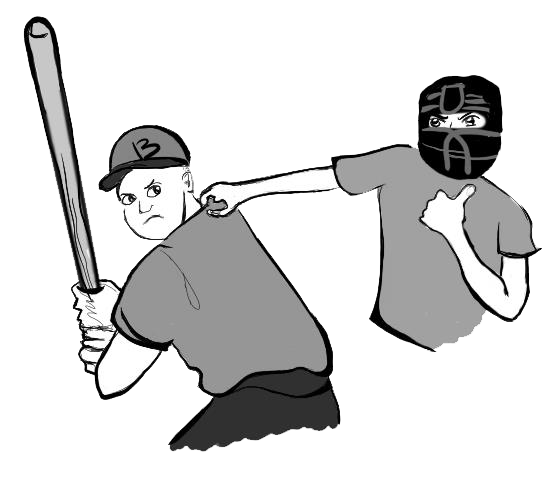 It’s 2-0 in the top of the second, Mets leading the Padres on May 7, 2016. The Mets are at bat with a man on second and two outs when every National League fan’s worst nightmare occurs: it’s the pitcher’s spot in the batting order. Oh well, pitchers can’t hit, he’ll get out, and we’ll wait till next inning, whatever.

Mets pitcher Bartolo Colón ambles to the plate. Sarcastically nicknamed “Big Sexy,” Colón is listed at 5 feet, 11 inches and 285 pounds. He’s way past his prime at age 42 and has been in the league since 1997. The Padres’ pitcher gets a ball and a strike on him and then throws a 90-mph fastball, center-cut, and Colón puts all 285 pounds into his swing and pulls the ball over the left-field fence. It was a no-doubter, and it was Colón’s first (and so far only) career home run.

As he trots, no, lumbers around the bases, the TV announcer shouts, “The impossible has happened!” There’s not a person in the stadium who isn’t having fun. Moments like that are the reason we watch sports. Watch it on YouTube. You can’t help but smile.

Then, wipe that smile off your face because there are some killjoys out there who want to make sure a moment like that never happens again.

In fact, if the Mets and Padres were in the American League, Colón would have never picked up a bat. Since 1973, the American League (AL) has had a designated hitter (DH), a player who only bats and takes the pitcher’s spot in the batting order.

Since 1876, the National League (NL) has maintained the radical notion from the original version of baseball that the entire lineup must play the entire game, but there are a growing number of people who want to see the NL conform to the AL and institute the DH.

Fortunately, Commissioner of Baseball Rob Manfred stood up to the fun police for the time being, but he still left the door open to the universal DH in 2022. He would be wise to slam that door forever.

The hyperrationalistic reasoning of the DH proponents is among the greatest abuses of statistics known to man. Typical of the genre is an article from Zachary Rymer at Bleacher Report. It has graphs and statistics showing how pitchers are generally bad hitters (as if we could not tell already) and how the NL has more strikeouts than the AL because of that.

The central argument of these pieces can be summarized by this quote from the article: “But if we’re going to shift this discussion over to what’s best for baseball, a fundamental problem with the anti-DH position arises. Once you get past ‘Because I like it,’ there aren’t many objective arguments in favor of pitchers hitting for themselves.”

Well, once you get past “Because I like it,” there aren’t many objective arguments in favor of watching sports. Objectively, sports is where a bunch of grown-ups are paid millions of dollars to play games. The organizing principle of sports is rooting for a team, aka being partial and not objective. Mr. Rymer must be lots of fun to watch a game with. Your team is down and the game is ending, but you’re still holding out hope when Mr. Rymer announces, “Well, their win probability is pretty much zero, so, objectively, you should give up.”

Growing up in Wisconsin, I enjoyed watching Brewers ace Yovani Gallardo. Aside from being a star pitcher, the guy could hit for power. Pitchers virtually never hit home runs, but Gallardo hit two in 2009, four in 2010, one in 2011, one in 2012 and two in 2013. In fact, the Brewers would use him as a pinch-hitter sometimes if the bench was empty, and he hit an extra-innings walk-off double in 2014. Those are the exciting moments that fans remember, but pitchers shouldn’t hit because it’s bad for the National League’s strikeout totals. It’s statistics. It’s objective.

Now, being in the Washington Nationals’ media market, I get to watch Max Scherzer. A three-time Cy Young Award winner, Scherzer is one of the best pitchers in baseball and dominates hitters like few others. However, he also batted .243 last year—mediocre for a position player and astounding for a pitcher. When Scherzer was at the plate, the fans did not roll their eyes, and batting allowed him to show his full range of talent, but pitchers should not hit because the graphs say they’re bad at it. It’s statistics. It’s objective.

Masahiro Tanaka, a pitcher for the AL New York Yankees, only gets to hit when the Yankees play an NL team on the road and only has one hit in his entire career. He was injured running the bases last year, so one would think he would be in favor of never hitting again. But he said he is against the universal DH. “I grew up where baseball was played by nine guys, meaning the pitcher would hit also,” he said. “I really enjoyed that baseball.” Enjoyment is what sports is supposed to be about, but pitchers shouldn’t hit because they have a chance of getting hurt. It’s statistics. It’s objective.

Note the rhetorical sleight of hand the DH absolutists always employ. They implicitly equate “what’s best for baseball” with what’s best for statistics without ever supplying a reason why. The burden of proof should be on them to explain why we should not have been allowed to see Bartolo Colón hit a dinger in favor of a reduction in the aggregate strikeouts for the NL. As I have written previously, the thrill of sports comes from beating the averages and proving the best data analytics wrong. Pitchers get the opportunity to do that every time they swing the bat, and MLB would be foolish to take that opportunity away.

Men’s Basketball’s Jordan Miller makes a name for himself