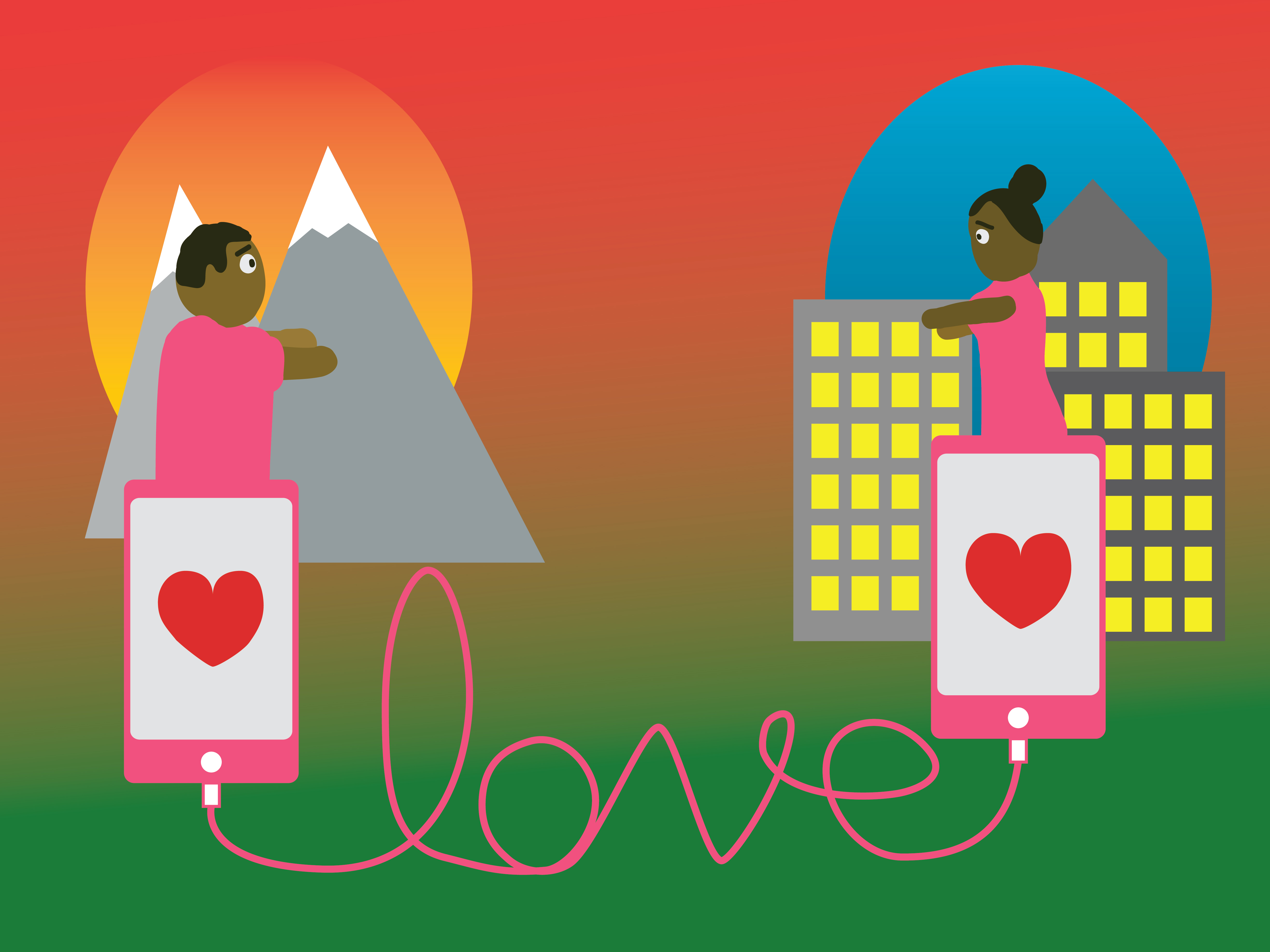 Students give their experiences with long distance relationships

According to the Journal of Communication in 2013, 75 percent of college students have been in or are currently in a long distance relationship.  When we think of high school sweethearts deciding to stay together in college, we typically think of two kids engaging in a foolish flight of fancy, believing that their young love can conquer any distance.  We imagine that a few months in, the nightly phone calls are replaced by frat parties, studying and frustration.

In a lot of cases, this is true.  But for Mason students, what is the reality of the situation?  Three freshman women shared their experiences with long-distance relationships.

“I never saw myself in a long distance relationship, and even after my feelings and her feelings started to become more obvious, I tried to ignore it and stay ‘just friends,’ said Alison.  “But eventually, we couldn’t deny that we were in love with each other. We tried to avoid labels, but eventually calling it anything but a long-distance romantic relationship was just false.”

Each couple’s relationship is different.  One of the biggest problems for college students in long distance relationships is the jealousy that one person in the relationship might feel.  Each of the three couples had a different approach to the subject.

One of the students, environmental science major Charlotte Joannidis, says that jealousy isn’t an issue for her and her boyfriend.   “[My boyfriend] … knows he has nothing to worry about, and I don’t really worry either,” she said.

Alison said, “With the prospect of infidelity, my girlfriend and I are in an entirely different situation than most people.  We recently opened up the relationship, but we have rules about how far we’re allowed to go with other people, and obviously we aren’t looking for emotional, romantic connections outside of each other.  It can get a little murky, but ultimately that’s what’s working for us right now. And I have enough trust in her that if I need to say ‘You know what, I’m not comfortable with this anymore, I want to be exclusive.’ I have enough trust in her [that she will do that], and I know she respects me enough to do that.”

Emily Reynolds, who has been with her boyfriend for nine months and has been long distance since she left for college in August, says that while jealousy had been a bit of an issue, she’s tried to “work through that with him. Talking about it and being understanding about it helped.”

The reason that most couples do not attempt long distance is the expectation that it will be unmanageably difficult.

“I didn’t think it would work well even though we were a good couple, but it surpassed my expectations,” Reynolds said. “I didn’t expect us to be this accommodating of each other. And of course, in the beginning it was harder, but once you get past that one phase it’s really not that bad. I’d say I expected the little rough patches, when a day goes by and we don’t talk that much.  We do text every day, but sometimes it’s just ‘Good morning’ [and] ‘Good night.’”

An area that presented particular difficulty was conflicting schedules.  “We did have rough patches, and during the week it would be hard. I would be busy, he would be busy, and it was hard,” Reynolds said. “So what we decided was [that] Fridays would be our days when it would be a guaranteed call. So no matter how busy we were during the week, we had a guaranteed call on Fridays. Even if the phone call was just for an hour, we would text all night.  So I think just having that one day a week really helped.”

Joannidis also shared that after her boyfriend finishes his senior year, he will be joining the airforce academy.

Alison said, “The hardest part really is just missing each other.  We’re on the phone or FaceTiming like five times a day at least, but still I really just miss her, having her next to me, being in the same room.”

Reynolds believes communication is key. She said, “I realized that if you really like someone a lot, and you have the maturity, being long distance could work for you.  But then, I think it’s made us closer. The only thing we can rely on is communication, so that’s the only thing that’s changed. Personally, I believe that a relationship is all about attention and affection.  And with long distance, you don’t really have affection, other than a sweet text. So without communication, we wouldn’t have that.”

Joannidis continues, “If you love the person that you’re dating, don’t break up because of long distance.  Just try it and see what happens.”

As French writer Roger de Bussy Rabutin once said, “Absence is to love as wind is to fire; it extinguishes the small and kindles the great.”  People who are truly in love will remain in a relationship, regardless of distance. For students in a long distance relationship, keeping things like jealousy, communication and conflict in perspective as these three interviewed students did can be the difference between a breakup and a successful relationship.