Both the Men’s and Women’s Track and Field teams have started the Indoor season off on the right foot, performing well in their first three meets of the season and tallying 11 Atlantic 10 Weekly Awards.

The teams opened their season at the Father Diamond Invitational, where Benjamin Viau broke the school record to win the weight throw. University of Virginia transfer Thomas Amabile won both the mile and the 3,000-meter run in his Mason Indoor debut.

For the women, Autumn White won the pole vault. The 4×800-meter women’s relay team of Sarah Moore, Maggie Morgan, Kelly-Ann Downer and Ashley Lewis won their race with an ECAC qualifying time of 9:13:59.

Both teams put together another impressive the following week at the Great Dane Classic.

On the women’s side, Moore and Lewis finished first and second in the 500-meter run while Ciara Donohue won the 5,000 meters. The women’s 4×400 relay of Downer, Moore, Lewis and Taylor Williams came in first, nearly eight seconds faster than LIU Brooklyn who came in second.

The Patriots had several strong performances at the Keydet Invitational from Jan. 18-19. Lacey and Colin Cannon both ran faster than the previous facility record in the 1,000-meter run on the men’s side, while Lewis set a new record on the women’s side. The men’s 4×400-meter relay team of Ian Christian, Pierre, Klah and Benson finished second. 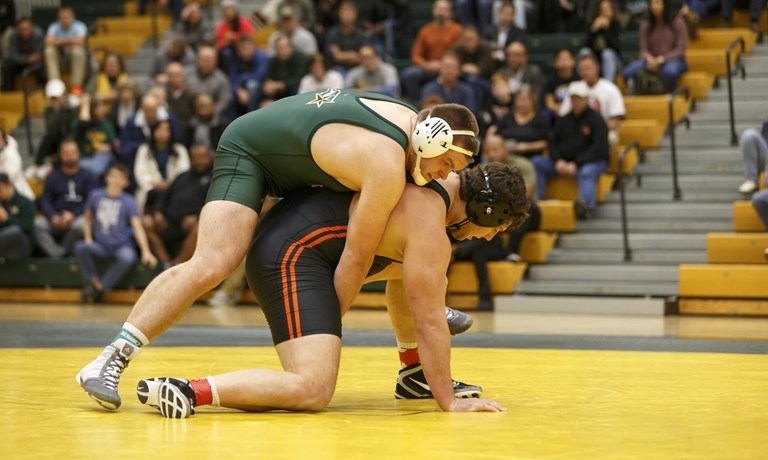 They take on Rider University on Jan. 31 at the RAC and have six opponents left on their schedule, including the University of Maryland, American University and Hofstra University before they host the EWL Championships on March 9th.

The men’s volleyball team are off to a 5-1 start, with their lone loss coming to No. 3 University of California Irvine at the Uvaldo Acosta Invitational. Six days later they beat No. 11 Ohio State University in Columbus, snapping the Buckeyes’ 16-match winning streak against the Patriots, a streak that dates back to 2010.

After defeating Ohio State and Eastern Intercollegiate Volleyball Association opponent College of Charleston, Mason was listed as No. 14 in the AVCA DI-DII Coaches Poll, the team’s first ranking since Feb. 13, 2017.

Outside hitter Hayden Wagner was named Eastern Intercollegiate Volleyball Association Offensive Player of the Week two weeks in a row. Wagner leads the team in kills and blocks, is third on the team in service aces and fifth on the team in digs. 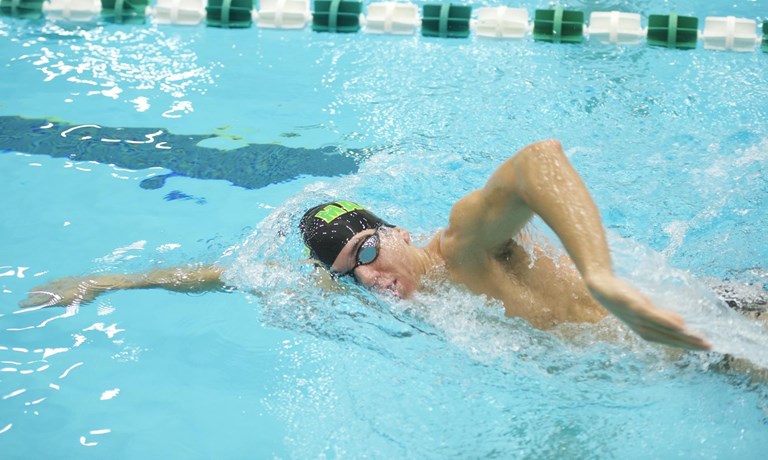