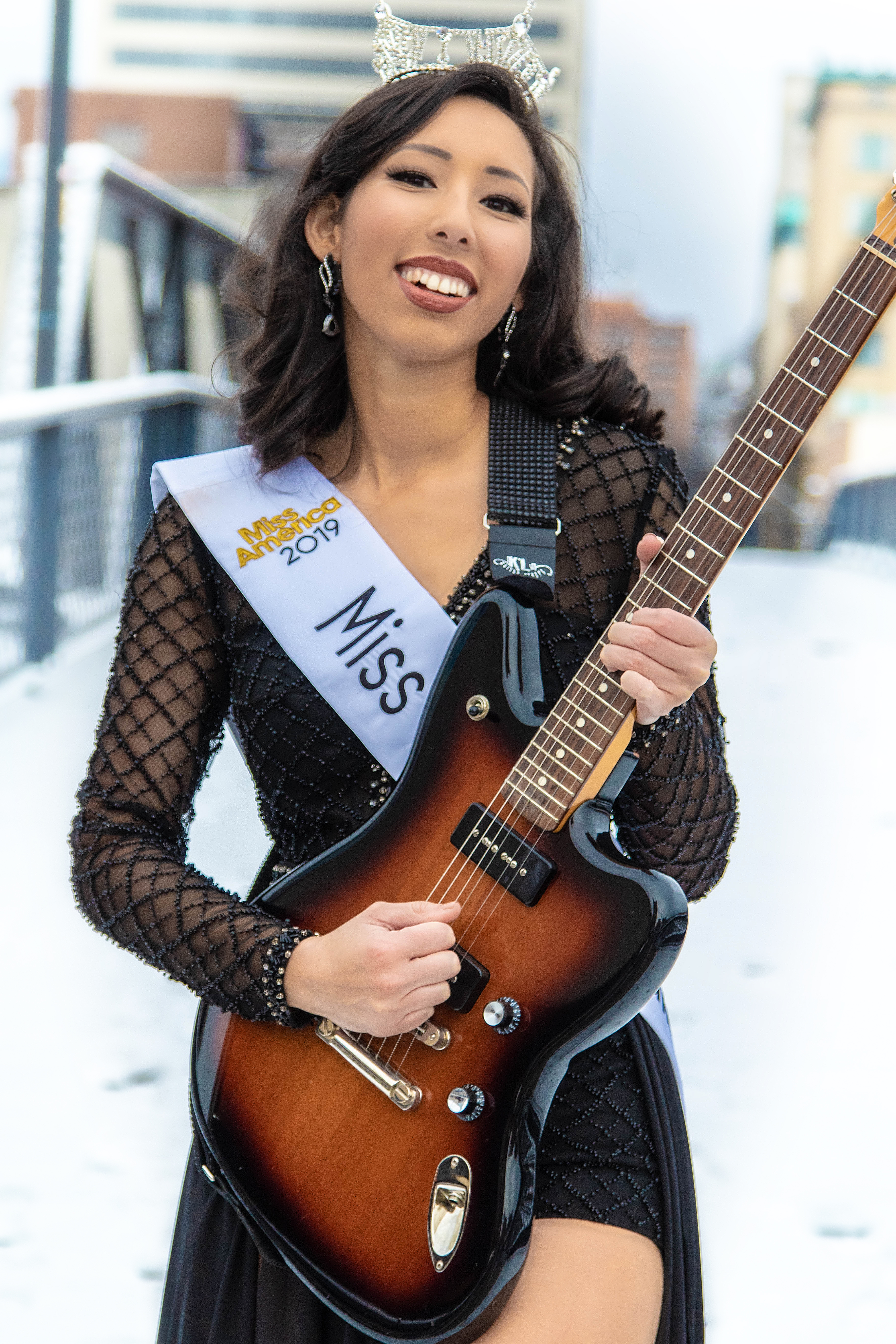 “I’ve had some beautiful days / even though you’ve been away / still see your face all the time / counting down the days ’til you’ll be mine,” croons Caroline Weinroth in the opening notes of Cinema Hearts song, “Darling, Don’t You Know?”.

It’s the story of a relationship in which one person is waiting for the other to return home. In this track from their first album, “Feels Like Forever”, which came out in 2016, the band was first finding their sound which would eventually evolve into what it is today.

Picture if you can Lana Del Rey’s crooning voice with a doo-wop sound in the background.  The result is something that you want to sing while you drive, or in the shower or pretty much anywhere. And it all started at Mason.

Lead singer and bassist Caroline and Erich Weinroth both received their bachelor’s degrees from Mason with majors in theater and music technology respectively.  The siblings, who grew up in Fairfax, began to play together in 2015 and were joined by various Mason students at different times. Now, drummer and MFA student Shane Chergosky rounds out the trio.

There are artifacts of Fairfax buried all throughout the albums discography. Even the name of the band is in honor of a popular spot in town.

“When I was a freshman, I worked at Cinema Arts, the movie theater,” Caroline said. “And because we would have these long breaks while the movies were playing, I would practice my guitar then.  And I told my coworkers, ‘If I ever have a band, I’d call it Cinema Hearts.’”

Caroline also talked about how her career as a student at Mason put her where she is today.

“[For my undergrad], I was a theater major with an audio production minor,” she said. “I think [theater] encapsulated everything I love [about] the arts. Just the same reason I picked getting a graduate degree in writing. I always joke that writing is how I get things to happen, like Cinema Hearts happened because I’m good at writing lyrics and I’m good at writing emails. I can get gigs for us …  I used to work for event services, and I learned about audio that way, I was president of the music production club, and our first shows were here on campus.”

In addition, Caroline says that living in what she calls the “suburban shadow of DC” has greatly impacted both her life and her music. She said, “[When I was growing up here], people would always lie about where they were from, and say they were from DC or ‘NOVA, but it’s near DC.’ People would say ‘Oh, there’s nothing to do.’ I think this area’s interesting because it started as farmland, and then it’s just morphed into something with a hidden character. It’s something I thought a lot about in our first two albums.”

Caroline said the biggest form of inspiration for her comes from transitionary times in her life.

“When I first started writing songs and playing guitar, it was [about] ‘Oh, man I grew up in this area and I’m going to college here,’” she said. “It was a point where I was dating someone or breaking up with someone, just periods of growth and change. So I think Cinema Hearts tends to be a lot of love songs, but from the sense of strength and empowerment, a mature perspective.  [Our songs are about] going through a time of turmoil and getting to grow.”

If you want to check the band out, you can head to Spotify, or see them live on Feb. 15 at the Rock & Roll Hotel in Washington D.C. at 9 p.m.