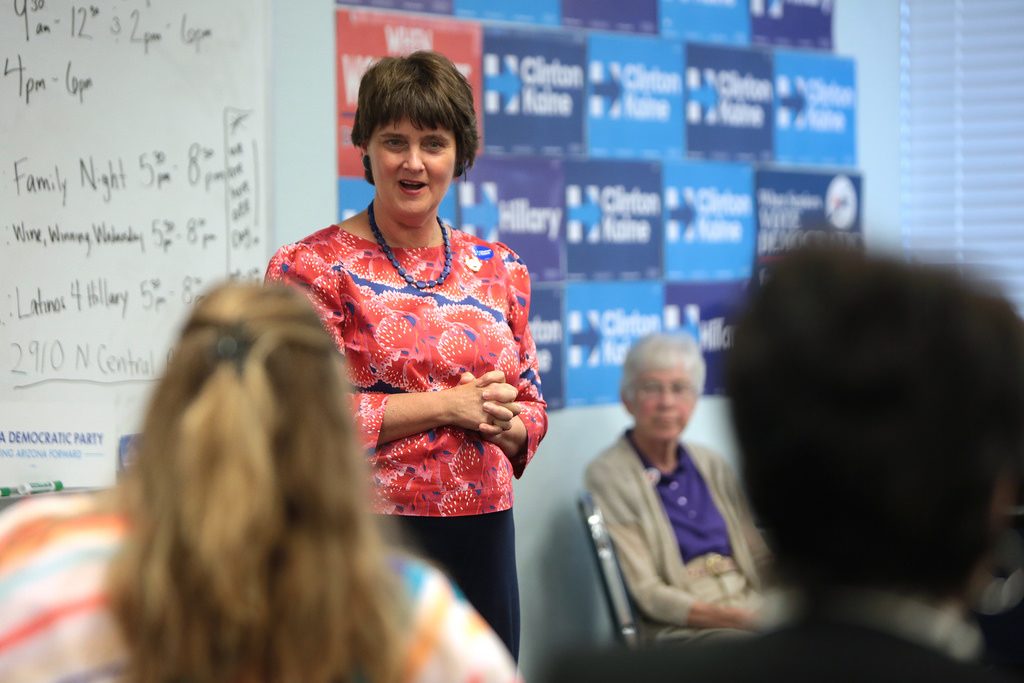 The Former Secretary of Education Now Teaches at Mason

“If you’ve got a certain confidence that life will bring more opportunities, it’s easier to let go of one, to let go of things and move on to the next chapter,”Holton said.

Currently a visiting professor and senior fellow at Mason, Holton has served as the state secretary of education under Gov. Terry McAuliffe. Holton is also the daughter of a former Virginia governor and is the wife of Sen. Tim Kaine.

Holton has lived in the governor’s mansion both as a child and as an adult, making her the only person in Virginia state history to have done so. Her father, Linwood Holton, was the first Republican governor in Virginia in the 21st century, as well as the first Republican to win governor through a popular election. He emphasized bi-partisanship, created the Virginia Governor’s Schools Program and highly supported environmental efforts.

“It was like living over the shop,” Holton said about living there as a child. “We lived upstairs. We would sneak downstairs and play pranks sometimes in the middle of parties. We would run around the capitol grounds like it was our backyard.”

As an adult, Holton resided in the mansion as first lady of Virginia when Kaine was governor, living there with their family from 2006-2010. Holton’s primary focus there was “For Keeps: Families for All Virginia Teens,” a program that focused on finding good families that were willing to take in older or difficult-to-place children.

“I learned how rewarding it can be to be doing things that are service [based],” Holton said about the social-justice work she advocated for. “That is why I went to law school.”

Holton continued this work through her tenure as secretary of education, pushing for reform in standardized testing and high school curriculum. She also made changes in the rules surrounding school punishments in order to reduce rates of student disciplinary issues in all of Virginia’s elementary, middle and high schools.

Holton did not expect to be offered the job, and even declined the offer once before ultimately accepting it. “I knew Gov. McAuliffe, and I had campaigned for him, but I really did not know him well before I was working for him,” Holton said. “[McAuliffe’s staff] reached out to me…between election day and inauguration day to ask me to serve as secretary of education…I really felt initially like ‘Oh god, you all need somebody who knows the education policy better than I do,’ so I turned them down.” After Christmas, both her children and McAuliffe’s staff had convinced her to accept the position.

Currently at Mason, Holton is Visiting Professor of Public Policy and Education within the Schar School of Policy and Government, as well as a Senior Fellow for the Center for Education Policy and Evaluation. Holton teaches on the subject of politics in American education.