RENOWNED FORMER JOURNALIST PUTS DOWN HER PEN FOR POLICY 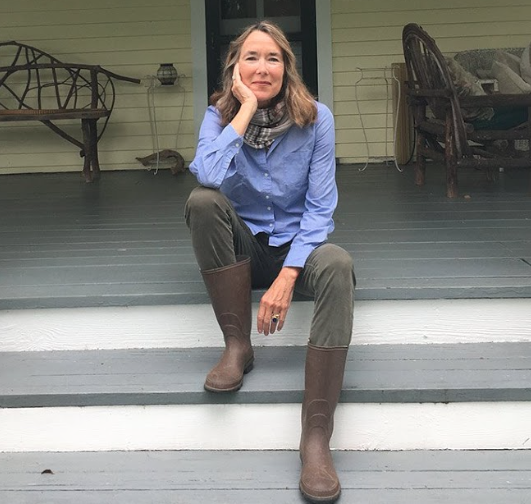 Leslie Cockburn, a former journalist with PBS “Frontline” and CBS News “60 Minutes,” is now a candidate running for Congress in Virginia’s fifth district. She discussed her career, her campaign, and her plans for education reform in Virginia with Fourth Estate.

“I never wanted to be a politician — ever,” the candidate said.

Cockburn worked as a journalist for the majority of her adult life, dedicating 35 years to covering major investigative stories in the U.S. and more than 50 other countries. She received multiple awards for her reporting career, including two Emmys, and also taught journalism at Princeton University. But Cockburn explained that the attacks on the press she observed during the 2016 presidential election made her want to run for office in District 5.

Virginia Congressional District 5 is roughly the size of New Jersey, and is home to the cities of Charlottesville and Danville. It also includes the University of Virginia, and student concerns are a major issue for Cockburn.

“The Obama administration made it possible for students to go to the Department of Education with complaints,” said Cockburn. “Now, tens of thousands are of complaints are sitting on the desk at [the Education Department] and only 14 people are able to look over them.”

One of Cockburn’s plans for education in Virginia is to make community college free across the state. Her goal is to give students “extra time to search and see what they want to do with the rest of their lives.”

Cockburn said she would need to support from the Education Committee to get most education reforms implemented throughout Virginia and the country as a whole. However, she is optimistic that the 2018 midterm elections will be a sweeping victory for Democratic candidates in the House of Representatives.

“Any good idea like free community college has already been thought up  by a bunch of people,” said Cockburn. “It is already on the table, this will provide more votes for that.”

“Student loans are basically enslaving a whole generation with these loans,” said Cockburn.

She acknowledged that she would need committee support to implement this as well, but said that many Democrats in Congress are “very concerned about this.”

Fourth Estate also asked about some specific campus-based issues that Cockburn would have to address in her district with UVA and at other universities across Virginia.

Regarding Title IX reform for college campuses, Cockburn said she does not have stances or policy plans in regards to Title IX reform at the college level “right now,” but she does feel that “Betsy DeVos has stripped away protection” for victims from the Department of Education.

Cockburn believes that the current budget of $6 billion for federal funding to combat the opioid crisis is “not at all near what is needed” to provide better support services to students with mental health and substance abuse problems. Cockburn plans to bring more state funding for Virginia universities to dedicate to resources to support students with mental health as well as substance abuse problems.