Why does it cost so much to park at Mason, and why is it so hard to find a spot?

The Fairfax campus has a total of 11,691 parking spaces, but finding one during peak class times can be challenging. Junior Rylee Quinn said that she arrives to campus 20-25 minutes before her classes start to find a parking spot.

“During the fall semester, I arrived to campus early as usual and couldn’t find any parking,” Quinn said. “I ended up having to pay to park in a parking garage and I was still 15 minutes late to class. I shouldn’t have to pay to park when I pay over $400 a school year for a parking pass.”

Parking at Mason can be tricky, even with a parking pass. Roughly half of Mason’s almost 35,000 students buy a parking permit each semester, explained Josh Cantor, director of parking and transportation. About two-thirds of the school’s more than 5,500 employees also have permits, while only about one-third of residential students buy parking permits, according to Cantor.

Even with the additional 1,139 spaces at Mason’s Arlington campus, and 2,094 spots at the science and technology campus in Prince William County, that leaves a deficit of approximately 6,200 parking spaces compared to the total number of permits sold each semester. How much of your money is going towards parking services at Mason? One common misconception among students is that their tuition fees help pay for parking. In reality, parking and transportation is a self-funded auxiliary that receives no tuition dollars or general funds. This means that nearly all revenue is generated from a combination of parking permits and student fees– an average of $88 per student.

According to the parking and transportation budget published in Aug. 2015, an estimated $9.9 million in revenue is made annually from permit fees. Visitor fees accounted for an additional $3.1 million in revenue, and citations made up a relatively small portion of the budget at $700,000.

Student fees and a portion of permit revenues do support transportation costs, which are now up to $5 million, according to Cantor. That figure includes $3.8 million for shuttle operations and a $750,000 subsidy to the city of Fairfax for students and employees to ride the CUE bus for free.

The largest budget increase comes from parking maintenance costs, Cantor explained, which “increased from $500,000 annually to $2 million, as we are spending more on garage and lot maintenance…. Most of the other expenses, including debt services, are roughly the same.”

Mason students pay a slightly higher rate for parking passes compared to other Virginia Universities. Mason students pay $390-$450 for general parking, depending on if the student is a commuter or resident. Reserved lots cost $500-$575 a year and parking garages are the priciest at $450-$675 a year.

Although the newly opened Peterson Hall took the place of the former Lot H, Cantor explained that this change was taken into consideration as part of the initial planning process a decade ago. 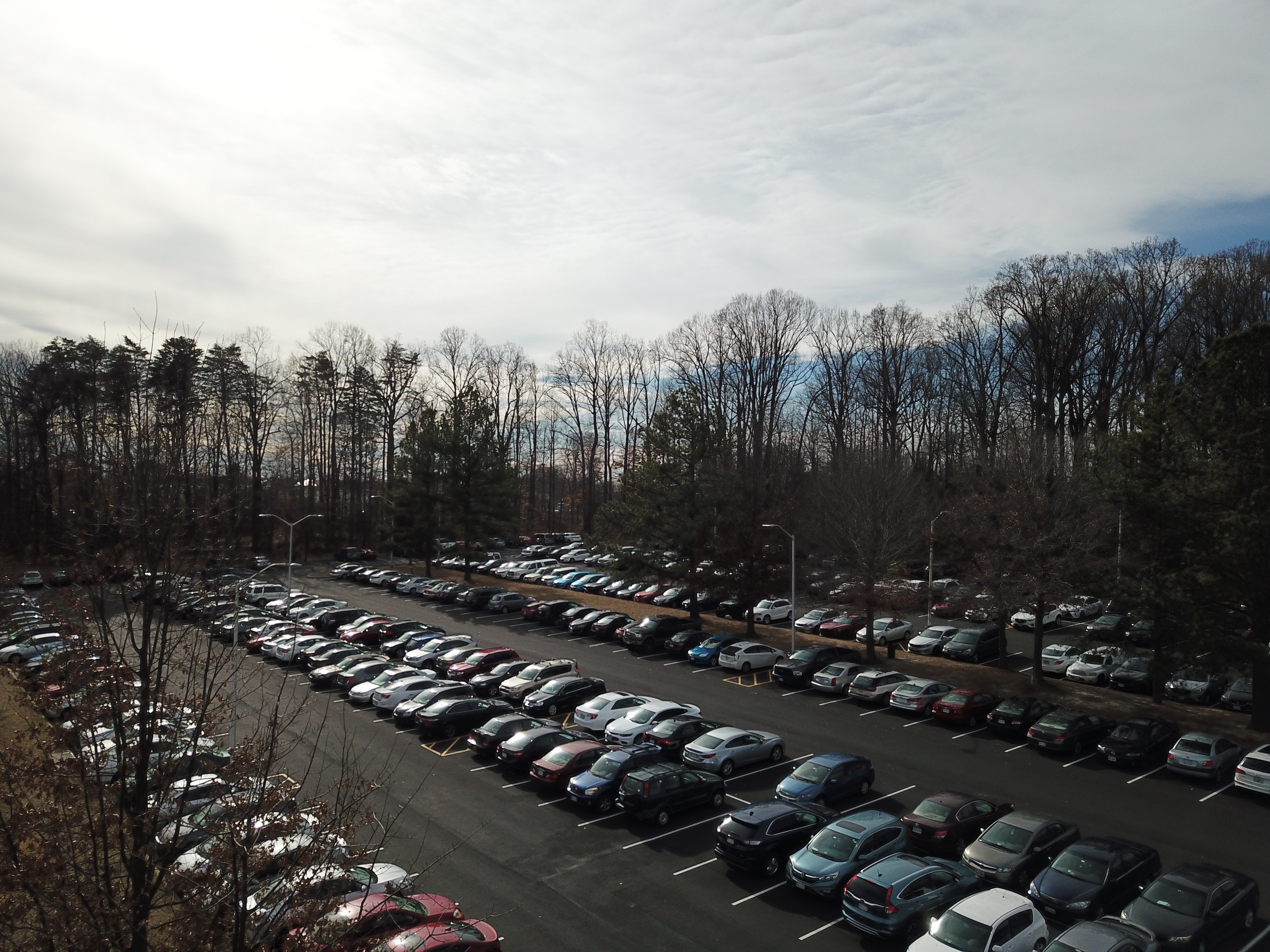 “Rappahannock River Deck opened in 2009 to absorb the loss of Lot H and handle future growth,” he wrote in an email to Fourth Estate. Still, “many parking spaces have been lost for building construction.”

According to Cantor, the primary goal for parking services now is to maximize the use of existing parking space and reduce the number of single-occupant vehicles on campus.

“[We] will be considering building more parking in the future as supply is near capacity at peak times at Fairfax Campus,” he added.

Finding parking at Mason isn’t expected to get better anytime soon with the ongoing construction. Lane closures will continue for the next six to eight weeks, Monday through Friday from 9:30 a.m. to 3 p.m., according to a traffic advisory from the parking and transportation office. Delays are expected if leaving school via Campus Drive or Braddock Road, and students are advised to arrive to campus early — not an easy task for those who have an 8 a.m. class.