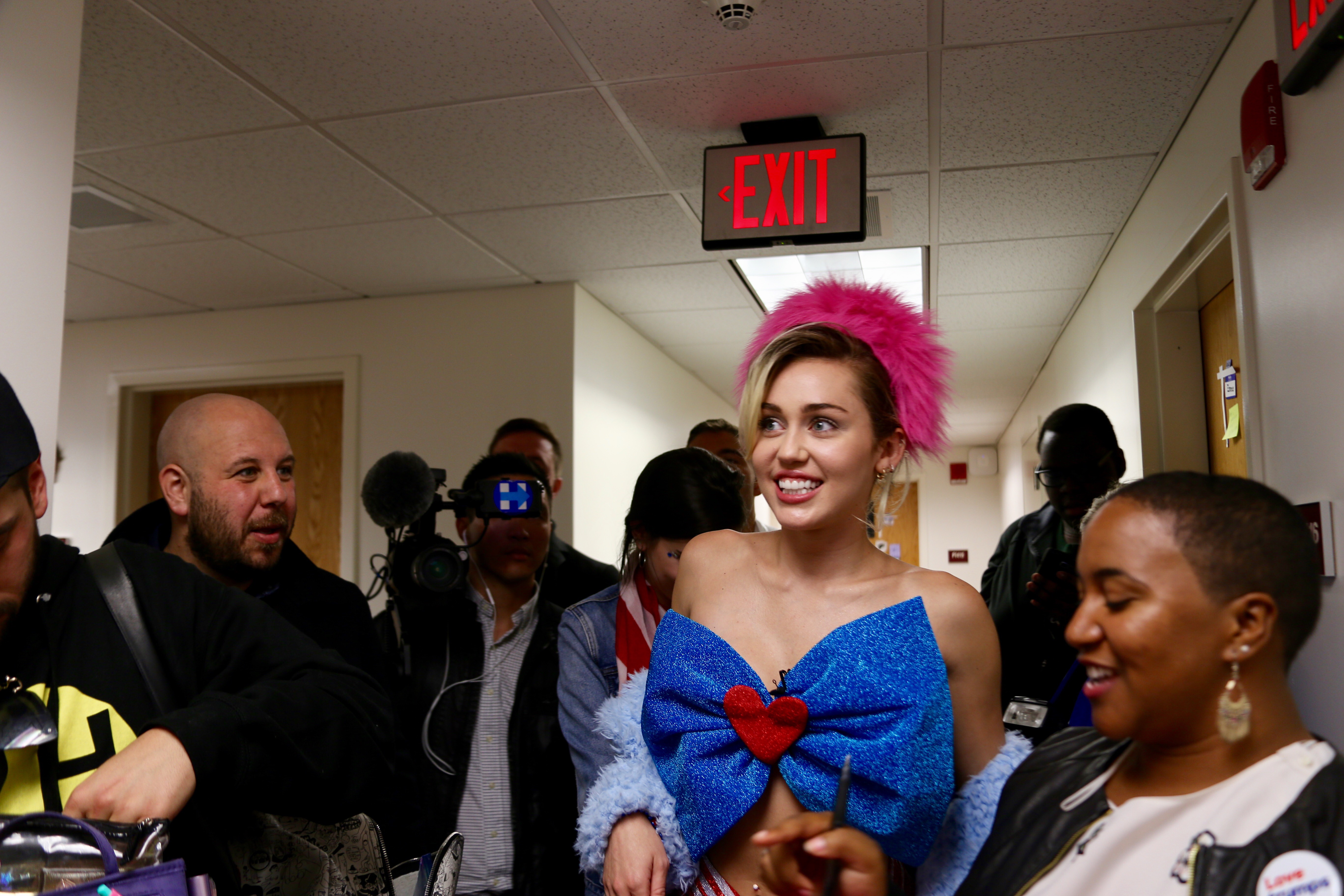 “Open up! You’re in big trouble! I’m kidding, it’s just me,” Miley Cyrus yelled as she pounded on the door of students in the Piedmont residence hall on Saturday. The singer/actress/activist came to campus to campaign for Hillary Clinton.

Cyrus went door to door on the fourth floor of Piedmont. She spent her afternoon conversing with students, introducing herself enthusiastically with a “Hi! I’m Miley,” despite most students recognizing her immediately. She asked students if they were excited to vote and if they would support Clinton.

“I’m from Nashville, I grew up in a small, small town and I just went home recently and I saw one Hillary poster and this sea of terrifying Trump-supporting posters and I live in [Los Angeles], so I never see those. It was a wake-up call for me,” Cyrus said.

She interacted with students on a personal level, playing video games, posing for her signature tongue-out selfies and discussing her personal life. She told stories about her boyfriend, her family, her home and her pets.

Cyrus supported Bernie Sanders in the primaries but shifted her support behind Clinton after she became the Democratic nominee. Cyrus is outspoken about her socially liberal beliefs; she’s an ardent supporter of the Happy Hippie Foundation, which supports “homeless youth, LGBTQ youth and other vulnerable youth populations,” according to its website. 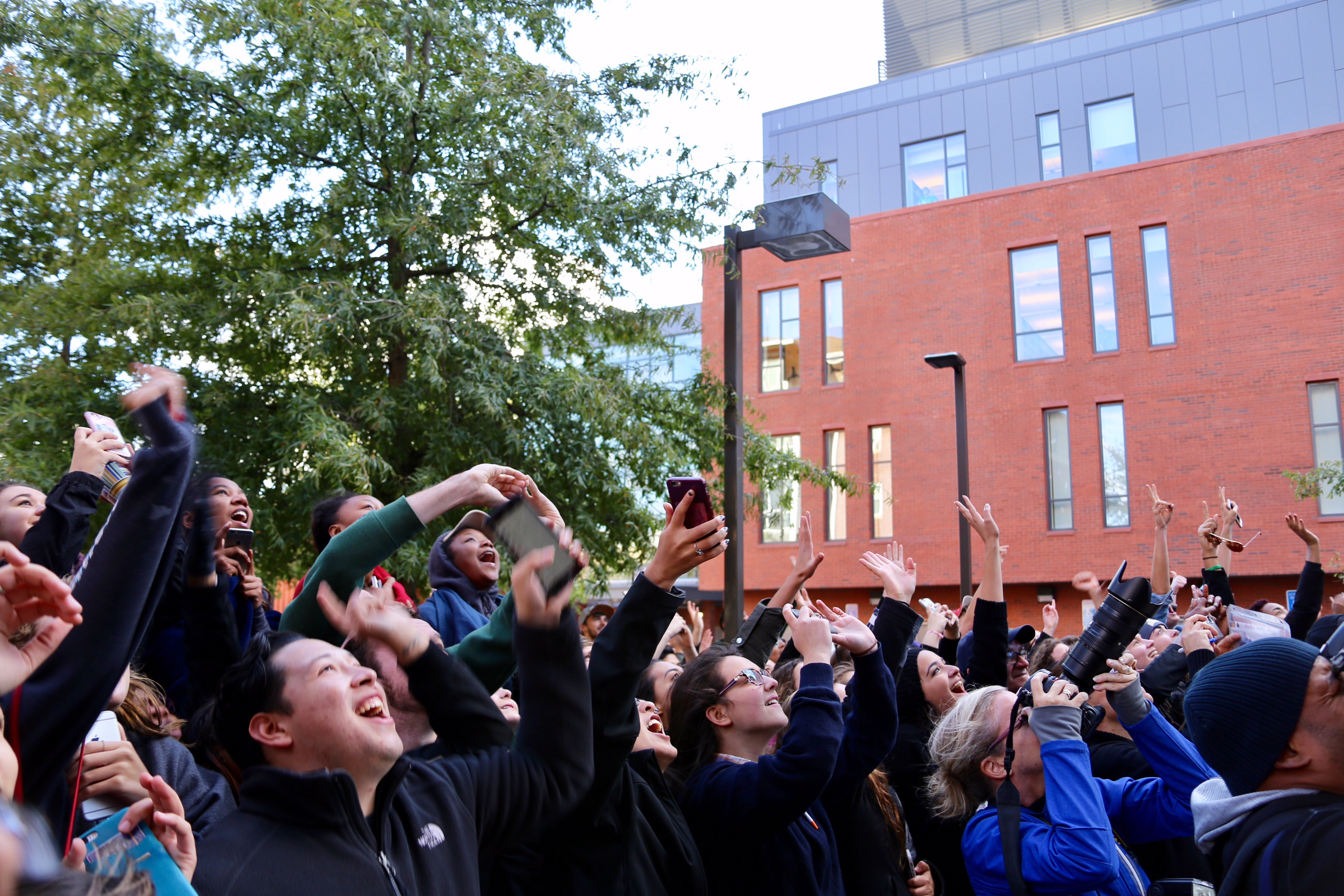 Students meet Cyrus with cheers and requests for selfies.

Halfway through her visit, Cyrus stopped to sign the “Follow for Follow” sign on the floor, tagging all her social media accounts and posting her first Instagram Story video with the floor’s Resident Advisor, Gary Hooker, encouraging students to “keep GMU blue.” She continued to joke with students, complimenting their dorm rooms and their décor.

Cyrus mentioned that she recently switched her voter registration to Los Angeles after moving from Nashville so that she could physically go to the polls on election day and get the coveted “I voted” sticker.

Cyrus praised Clinton—a “superhero woman in a pantsuit”—and her performance in the debates, saying that Clinton “meant business.” Cyrus also said she felt that the former secretary of state understands “the female pressure to look a certain way” and have to be a particular way.

Junior Veronica Canada, an athletic training major, said, “I think it’s great. Having celebrities more aware of what’s going on… saying get out there and vote, it’s important for you to vote. I feel like that’s a really positive influence on this campus.”

Overall, Cyrus spent nearly two hours talking on campus. She shared her passion for voting and activism, trying to encourage Mason students to get out and vote, and reminded them that Election Day is Nov. 8.
If you’re registered to vote on campus, your polling place is Merten Hall and your address is 4450 Rivanna River Way. Polls are open from 6 a.m. to 7 p.m.