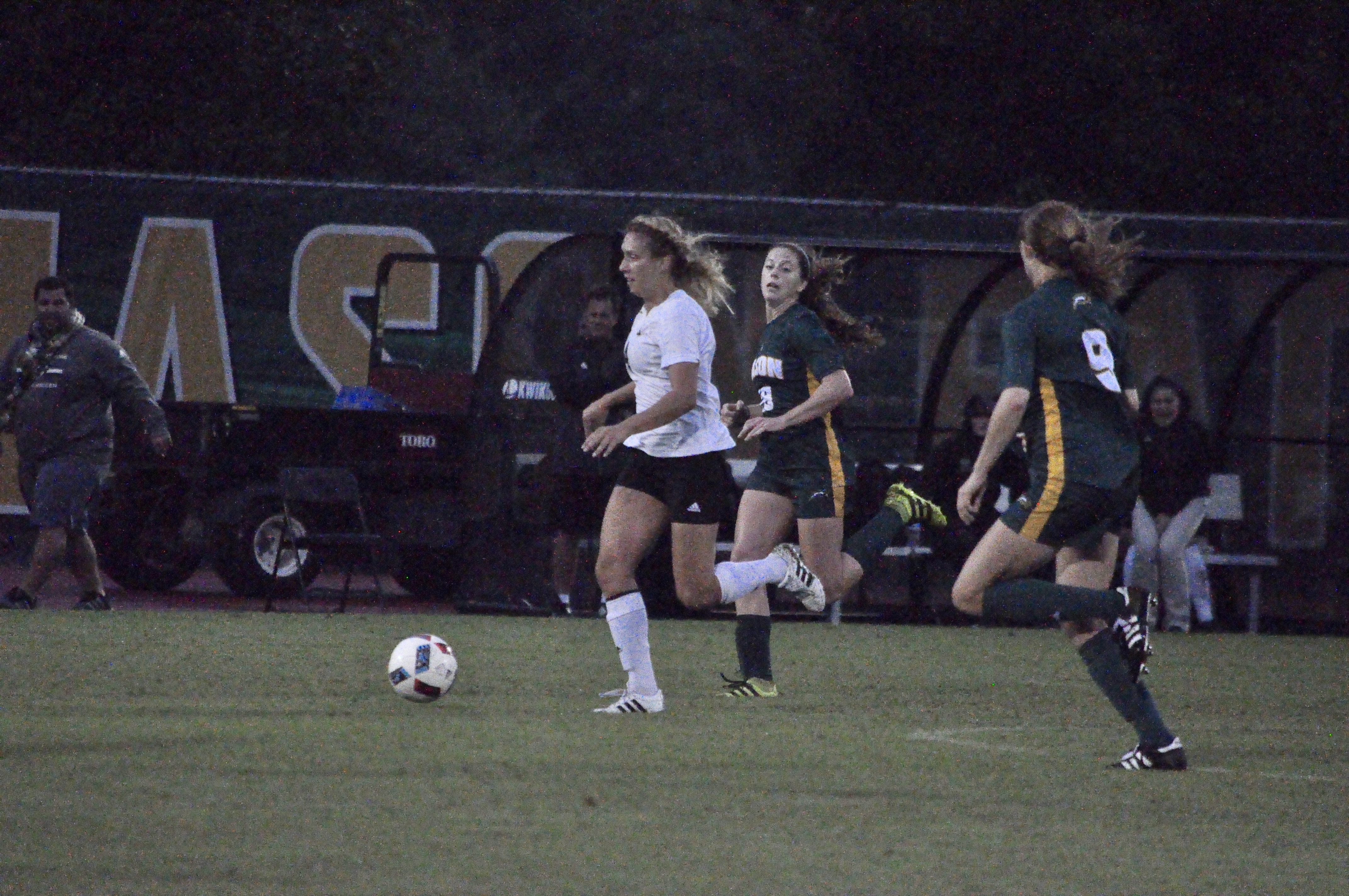 Erin Mitchell (back) chases the ball during the match on September 29. Credit: Dave Schrack, IV Estate

The awards were announced three days after the Patriots won a thriller of a game against the University of North Carolina Wilmington 2-1 in double overtime. The game was a battle of wills as the Patriots found themselves losing by one midway through the second quarter, before tying the match in the 89th minute and winning it in the 109th.

Mitchell kicked the tying goal and sent the game into overtime, which helped her claim her first Offensive Player of the Week award. She also provided an assist to the game-winning score.

Glad’s Co-Defensive Player of the Week honor was her first, too. It is the result of the six saves she made throughout the game, one of which was in overtime.

Both Mitchell and Glad said, “We were so motivated that we didn’t feel tired, we just kept on pushing throughout the game and we managed to win. …If this had been a game against a bad team and we had struggled, then we would have felt drained and very frustrated from having to play them.” 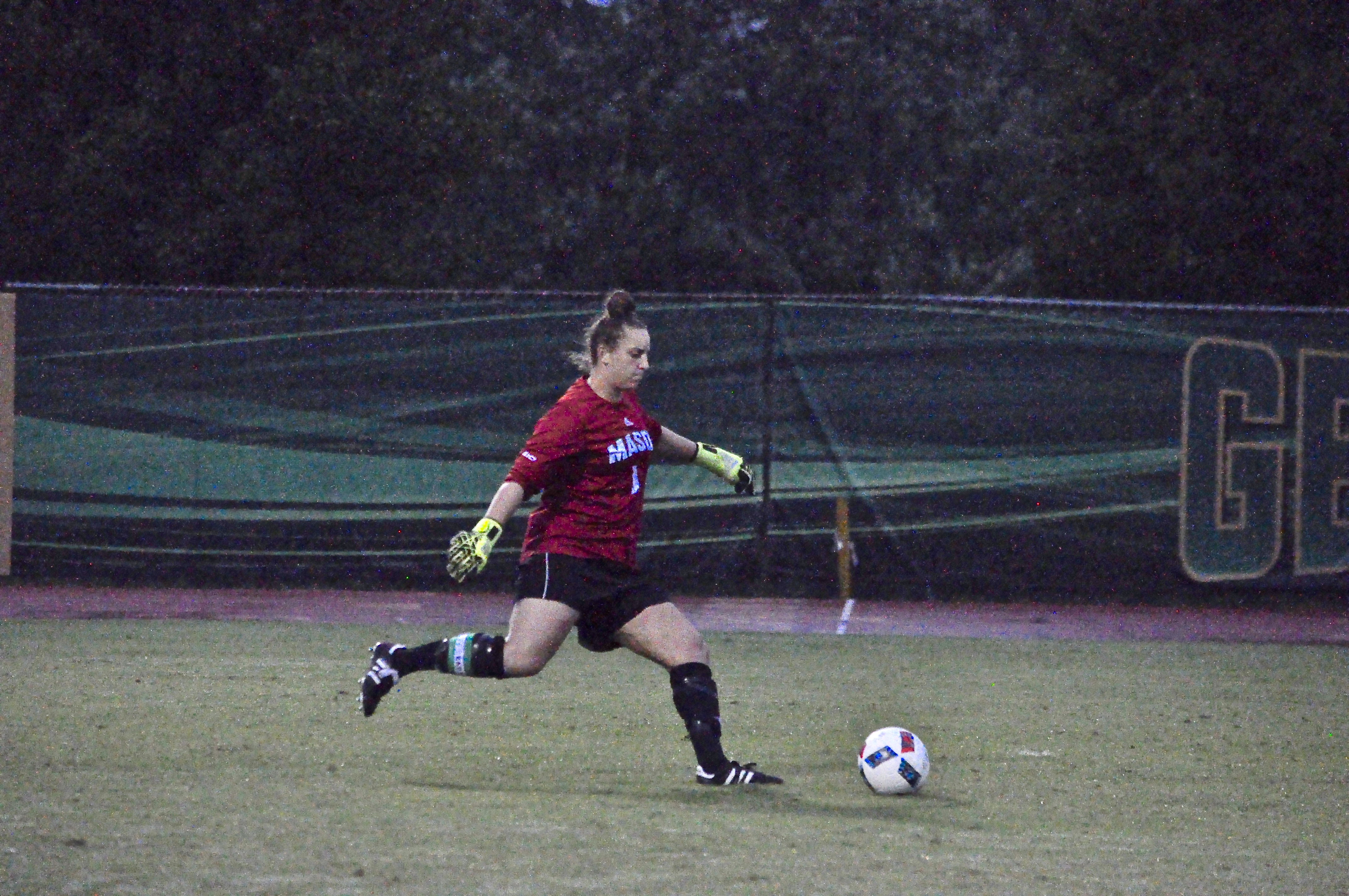 The win was gratifying for the team as a whole because they lost to UNCW the previous season 0-1. That game was the first of the Patriot Invitational, a small tournament hosted by George Mason. Mitchell and Glad were both active during that game.

Even though the game was tight all throughout, Mitchell and Glad felt that “we were moving the ball very well offensively down the field, so we were totally in control of our own destiny that night.”

Glad, to illustrate the strength of the team, pointed out that they are “ranked 48th in the country’s top 50 College Women’s Soccer teams.”

The team so far has compiled a record of 7 wins and only 3 losses. Their win over UNCW continued a win streak that had begun with a 5-2 victory over the University of Maryland on Sept. 11.

Kirsten Glad’s performance during the game was self-classified as another day on the field, as far as she is concerned.

“During the first two games I had 19 saves combined, so I have made a lot of saves before,” she said.

Through the first nine games of the season, Glad has recorded a total of 35 saves, which makes her average around four saves per game.

“I did feel a lot of pressure throughout the game though,” she said.

Mitchell, meanwhile, has made five shots, two goals, and two assists.
The Patriots began A-10 conference play during a home game against St. Bonaventure University Sept. 29. Despite rainy weather, they won 1-0 and improved to 7-3 on the season.

Club sport of the week: Soccer