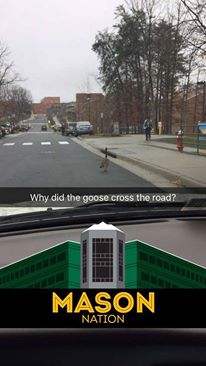 Mason’s campus has a lot to boast about, including its new and improved Snapchat Geofilters.

Launched in 2011, Snapchat is an image messaging application that lets users send pictures to friends, while adjusting the amount of time recipients have to view photo messages after opening them. According its website, Snapchat’s primary audience is 18-24 year-olds, putting college students right in the middle of the spectrum.

Snapchat offers many features including video editing; Snap Stories, where users create compilations of  images to create a story; face filters, which let users change the appearance of their faces in photos; and Geofilters.

Geofilters are decorative overlays that users can add to photos. Users must have location services and filters enabled on their devices to access Geofilters, which vary depending on the user’s location. Snapchat describes Geofilters as “a fun way to share where you are, or what you’re up to by adding a fun overlay to your snap.”

Mason has many unique filters students can use while on campus. According to the Snapchat website, anyone can create Geofilters. 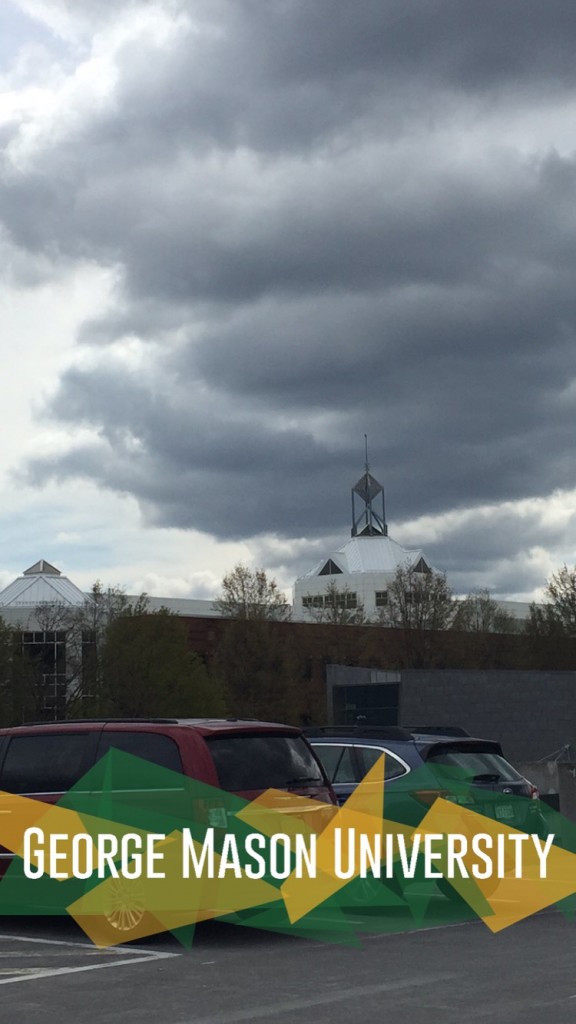 “My favorite is the one with the geometric shapes!” senior nursing major Mallory Delacruz said. “I use it when I send pictures to friends.”

Delacruz said Mason’s Science and Technology campus, where she takes some of her classes, does not have unique filters because no one has created any for the location yet.

“I do enjoy using geotags in general so I wish that the Prince William [Science and Technology] campus had more options,” she said. “As a nursing major who is mainly on that campus, I often feel secluded so an additional filter at that location would be fun.”

Snapchat users can create free community Geofilters for their cities, universities, local landmarks or other public locations, as long as these filters do not contain brand logos. One Mason student used this feature to  create a “New Fenwick” filter, in honor of the recent Fenwick Library renovation, that students can use while studying at the library. 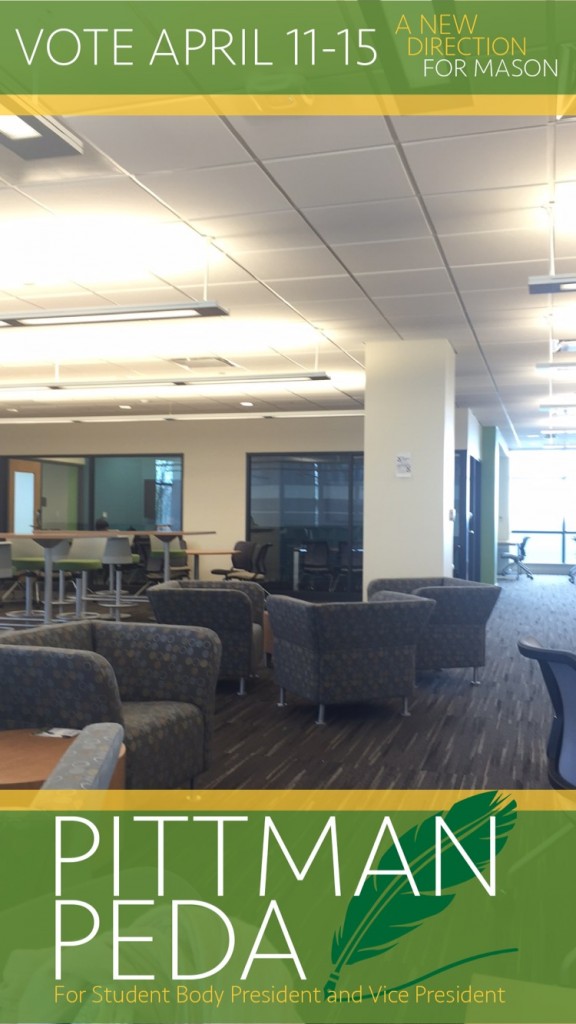 Businesses and individuals can create and purchase custom, on-demand Geofilters for events, businesses or specific locations. For quite a pretty penny, these Geofilters can display brand names. If a company wanted to create a custom Geofilter accessible to the entirety of Mason’s campus for one week in April, it would cost them over $2,000.

It is unknown whether the university has paid to create any Geofilters. 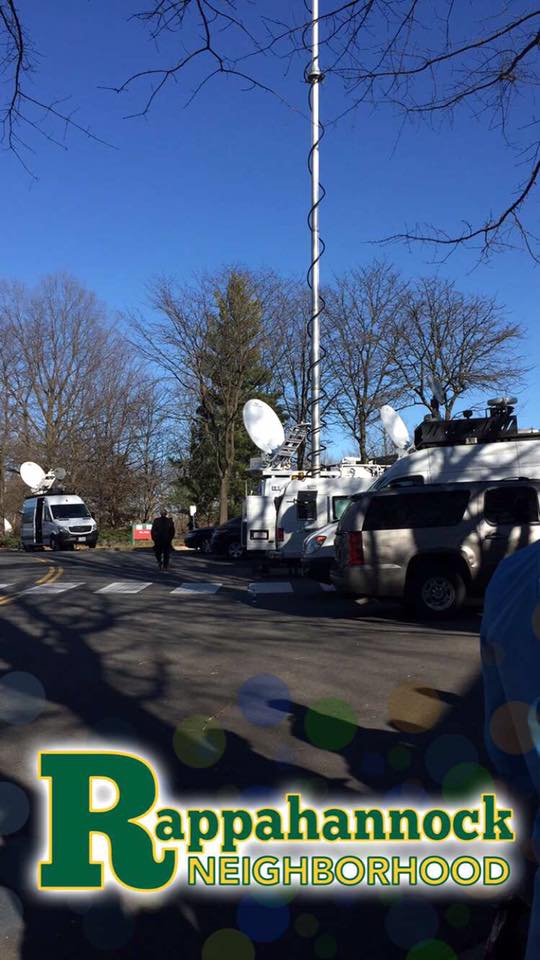 Senior communication major Tod Mohney said he often shares Mason Geofilters with friends outside the university. “I really like the Fenwick one and the Mason Nation filter,” he said. “I enjoy sending the Mason filters to my friends and seeing the filters they have at their school.”
Other Geofilters on Mason’s campus include based on the George Mason clock tower, which is available when users are on North Plaza. The ‘o’ in the word ‘clock’ is shaped just like the clock in the clock tower. In true Mason fashion, the text is covered in a green, yellow and white geometric pattern. 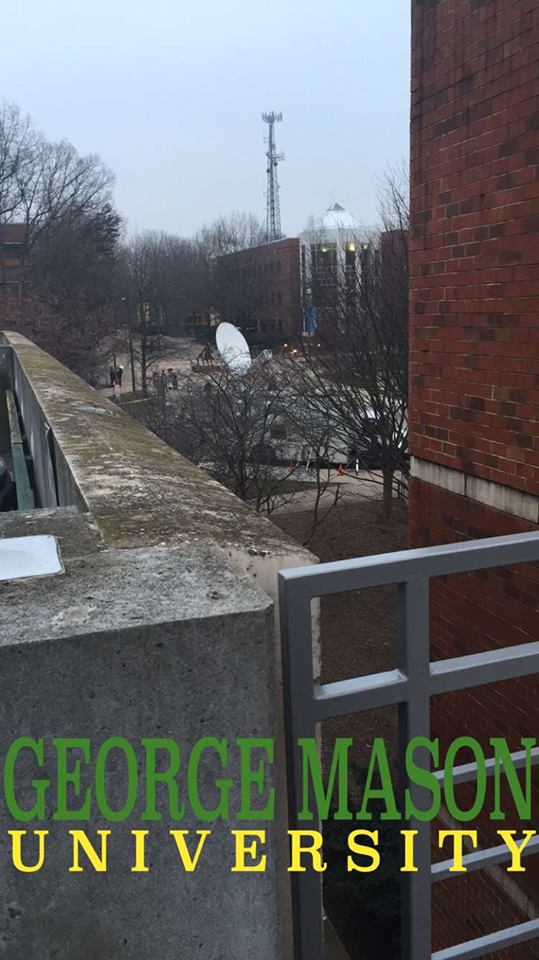 Junior kinesiology major Ally Landers said her favorite general Mason filter is the Mason Nation one, which features a building that looks like the Johnson Center.

“I really like to send the Mason Nation one, because it shows our school spirit!” Landers said. “I send it to friends at other schools to show off our Geofilters. They all loved it too!” 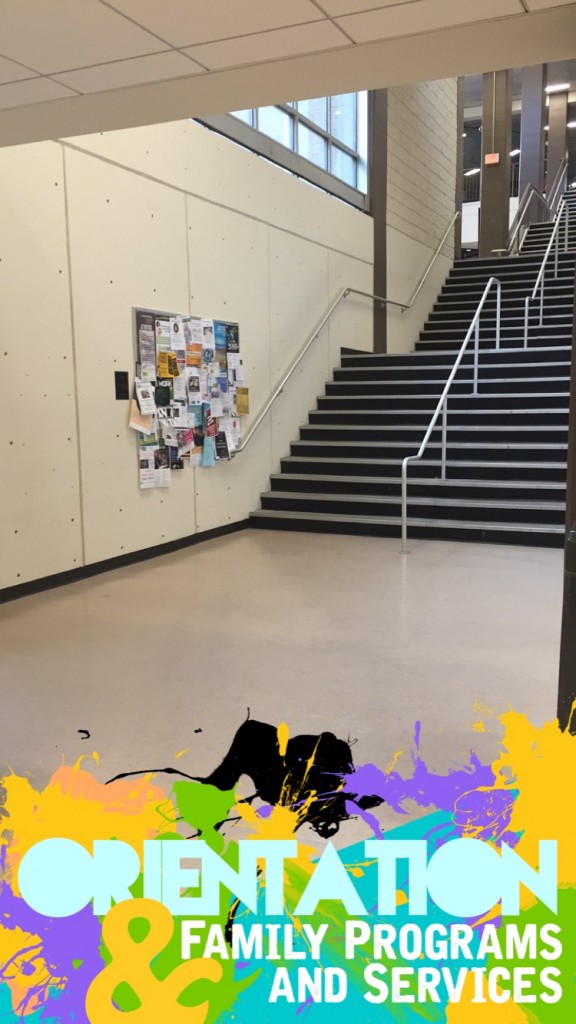 Students in the vicinity of the Hub can access a “Student Government” filter that looks like paint splatter. Also near the Hub is an “Orientation and Family Programs and Services” filter, also with a paint splatter background.
There are also Geofilters for students inside or nearby Exploratory Hall and Planetary Hall. Both filters are science-themed.

Even the Rappahannock neighborhood has its own Geofilter: faded yellow and green dots behind the text of the Snapchat.

While Mason students have eight Geofilters to choose from, some students wish there were more. “My biggest complaint is that there aren’t new filters added often,” Mohney said. “I know James Madison University has a lot of really interesting designs that are constantly changing.”

Research at Mason: Where are we headed and what are the risks?