In accordance with the White House’s “It’s On Us” National Take Action Week campaign, Student Government this week is hosting Patriots In Action: Week of Action. 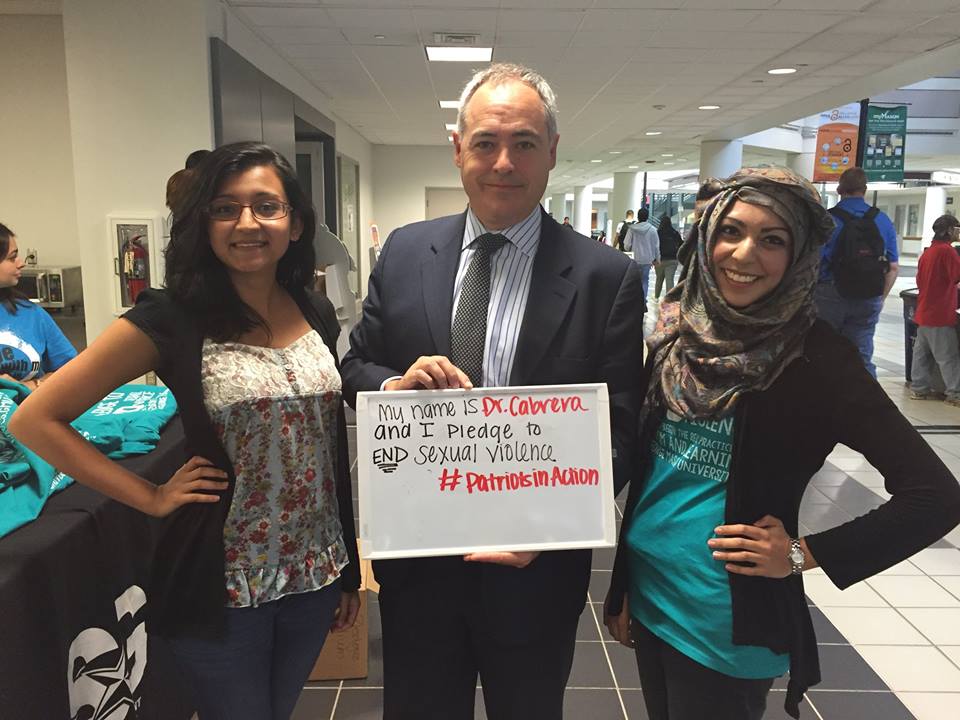 Monday, March 28, marked the beginning of Mason’s Week of Action Against Sexual Violence, which aims to bring awareness to sexual assault and gender violence. Each semester, a week is devoted to this cause.

President Obama launched the “It’s On Us” campaign in 2014 to help reduce the prevalence of sexual assault on college campuses. The campaign asks students across the nation to take a pledge to speak up when it comes to this issue.

As President Obama noted in his speech at the launch of the campaign, “An estimated one in five women has been sexually assaulted during her college years … of those assaults only 12 percent are reported, and of those reported assaults, only a fraction of the offenders are punished.”

Mason’s Student Government partnered with organizations such as the Office of Women and Gender Studies (WMGST) and GMU’s Feminist Student Organization (FSO) for a couple of the events of the week.

(Zanib Cheema discusses the Week of Action Against Sexual Violence, Courtesy of MCN)

Nancy Xiong, program coordinator and interim associate director at WMGST, believes her department has been “instrumental in ending sexual violence on campus.”

This semester’s Week of Action began with a video campaign unveiling in the Johnson Center Atrium. On Tuesday, Student Government, FSO and WMGST hosted a pledge drive to raise awareness for the cause by encouraging students to take pledges to not engage in sexual violence and to help bring an end to sexual violence. 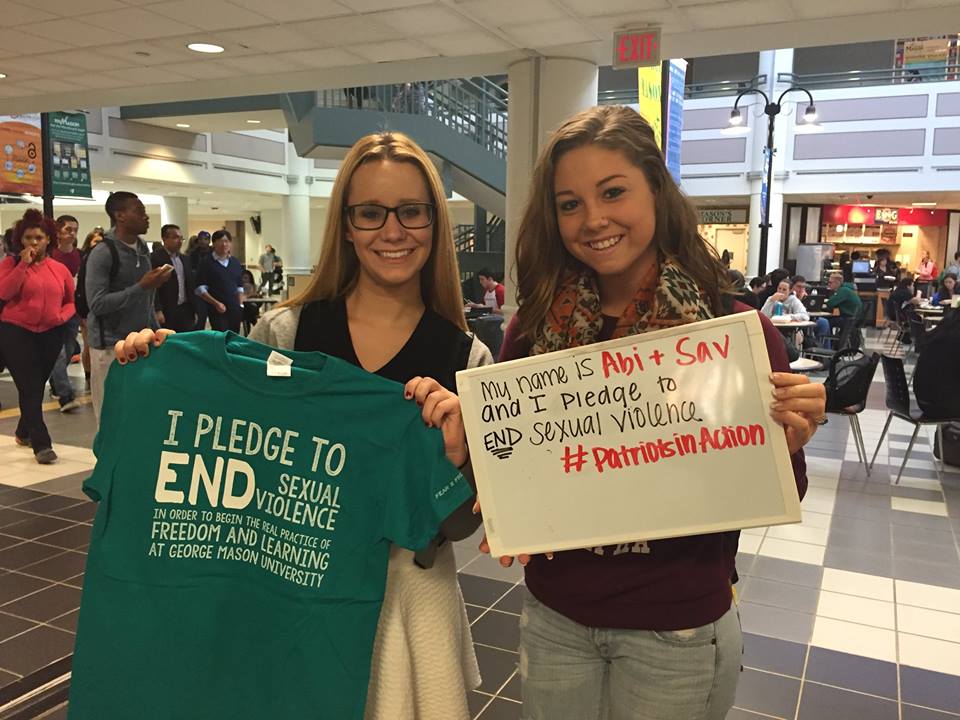 “[The pledging stations are held] for the Mason community to pledge to end sexual violence on campus,” Xiong said before the event.  “After people pledge, they receive a free t-shirt and a card with tips and resources [for preventing sexual violence] on the back.”

According to Xiong, pledging has been successful in the past.

“This tactic has brought visibility to the issue of sexual violence and has engaged and encouraged the Mason community to keep our campus safe,” Xiong said. Last semester, over 100 Mason students took part in the pledge drive.

On Wednesday, March 30, Student Government and FSO will host a candlelight vigil in the quad of Sub 1 to honor all who have been victims of sexual violence.

To wrap up the week, WAVES and Mason’s Police Department will host the annual Victims’ Rights Walk on Friday, March 20,  at 12 p.m. on the Merten Hall Lawn. Proceeds from this event will benefit George Mason University’s Victims of Violence Fund and Rape Aggression Defense (RAD) Program.