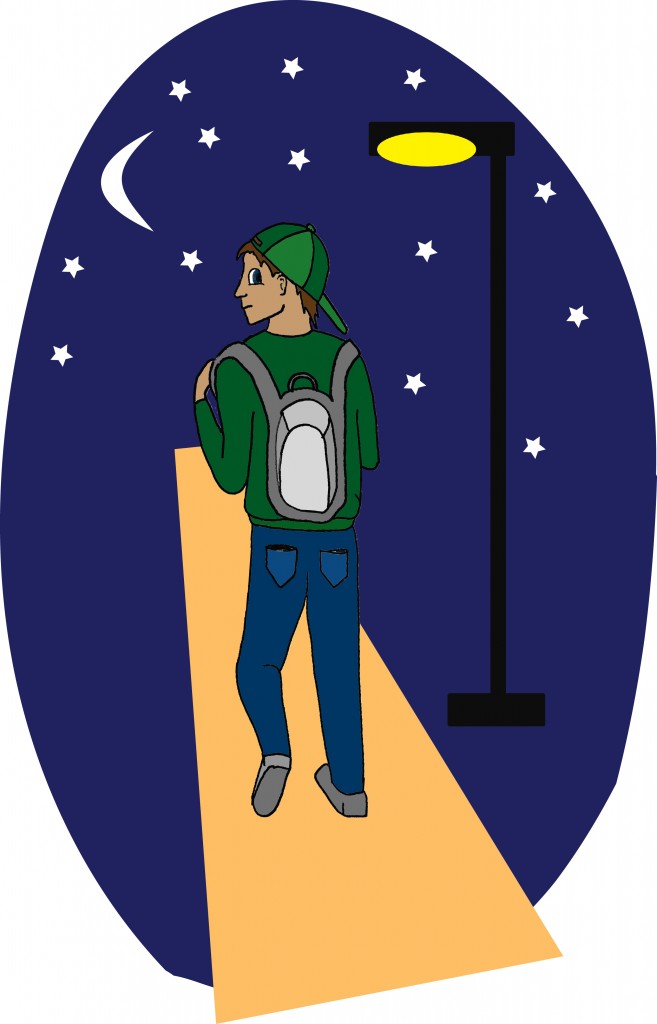 With Monday’s email from the Department of Police and Public Safety detailing two new reports of sexual assault here at Mason, students’ safety and level of comfort has been called into question.

Fairfax is known to be a safe area, reaching record low crime rates in 2014, according to an article in the Washington Post. However, in the past few months, there has been a noticeable peak in reports of sex-related crimes, with Monday’s email being the second of its kind this semester. In February, students received a similar report detailing two separate attacks at Mason residence halls.

At many colleges and universities across the nation, blue light stations are the main method for ensuring safety. These stations are part of an emergency alert system spread throughout a campus to provide assistance to those who need it. The stations usually have a telephone that can connect users to a campus operator along with an emergency button that allows for direct communication to university police. These telephones are marked by a blue light positioned at the top of the emergency station.

Mason no longer utilizes a blue light system, although at one point, emergency call boxes did exist on campus. In 2001, during a Board of Visitors meeting it was decided that due to the high cost of the system, the low usage of the call boxes, and the rising popularity of cellphones, that the boxes only be located in “critical areas.”

“Since everyone now carries a personal cell phone, they are actually the best ‘blue light’ possible since they are constantly on the person of our students and staff, and they are not stationary and can be carried along if moving is needed to avoid trouble,” Thomas Longo, current interim chief of police of Mason’s Department of Police and Public Safety, said.

Longo also said that the GPS function of mobile devices and the Mason security app are also useful for keeping people safe.

“I feel that since most people are sexually assaulted by someone they know, and most people do not report an assault immediately, the resources for installation and maintenance can generally be better spent on other victim services,” Associate Director of Interpersonal Violence Education and Services at WAVES, Caren Sempel, said.

Technology has essentially eliminated the need for emergency call boxes, which are already expensive to maintain. Putting money into something that is rarely used is not necessarily the wisest decision for a university’s budget plan.

“Phones almost always work, as opposed to blue light phones that sometimes go down without warning, and the funds needed to purchase and maintain the Blue Light phones can be reallocated to other programs related to security, such as card access systems or cameras,” Longo said.

However, looking at this situation from the perspective of students, there is not a clear consensus as to whether or not a blue light system would actually be preferred to apps.

“I feel less safe since it’s [sexual assault] been happening so often, and all we get is emails about it and no other information,” junior global affairs major and member of the Feminist Student Organization, Kelly Silva, said. “If things are happening at our school in such a safe area, there needs to be an intervention.”

Silva is not alone in this sentiment. Fourth Estate conducted a survey via Facebook about safety on Mason’s campus. The survey, which was completed by 33 students, showed that some people, mostly females, do not feel 100 percent comfortable about their personal security at Mason.

One of the questions on the survey read, “How safe do you feel on campus?” with the answer choices including “Extremely Safe, Very Safe, Somewhat Safe, No So Safe and Not at All Safe.” While no one selected “Somewhat Safe,” the open comments section at the end of the survey revealed that several female students could use some reassurance when it comes to their safety on campus.

One anonymous respondent who chose the “Somewhat Safe” answer was a female student who expressed anxiety about her personal safety. “I get really scared walking to and from my class at night since it ends around 10 p.m.,” she said. “There are people loitering on school grounds that do not look like they are college students. It really heightens my awareness.”

Another female respondent said she felt “Very Safe,” but commented that she would safer on campus if Mason implemented a blue light system. “Parking lots and parking decks are where I feel the least safe, especially late at night,” the respondent said.

Members of the Mason community are encouraged to immediately report all crimes and suspicious persons to Mason Police at 703-993-2810 or by dialing 911.

Keeping the safety on