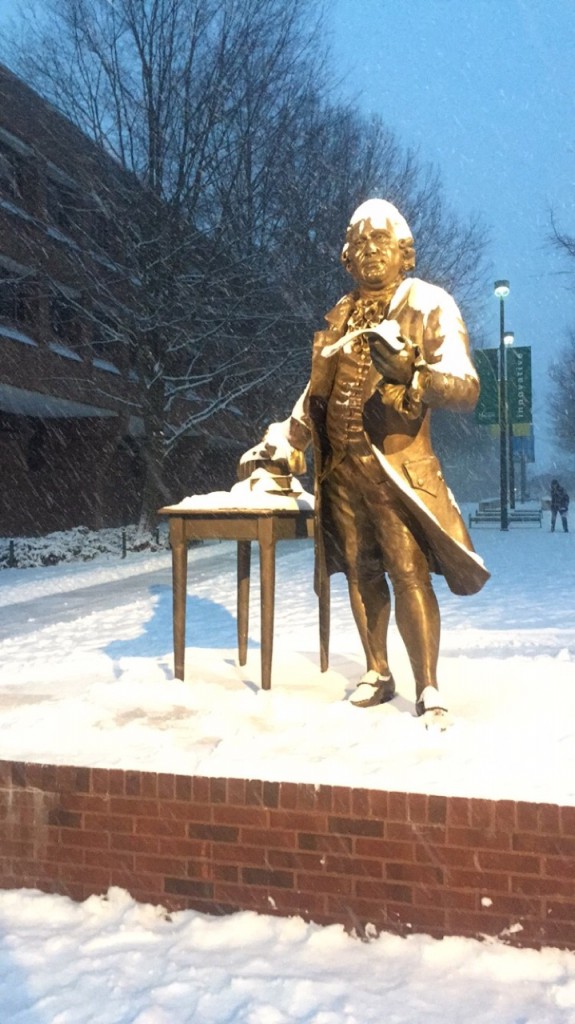 How Mason students are spending their snow days

In the wake of Winter Storm Jonas, which this weekend left much of the Washington, D.C., metropolitan area buried in over two feet of snow, Mason students are finding themselves with lots of free time. Fourth Estate checked in with several members of the student body to get a feel for what folks have been doing—and not doing—with their freedom.

For many, the deluge of snow has prompted a generous flow of creative juices. Pablo Barrios, a junior psychology major, spent hours Saturday learning how to tie sophisticated tie knots.

“Basically me and two friends decided to go online and learn how to tie different tie knots,” Barrios said.  “We started just for fun but the three of us are now able to tie knots like the trinity knot and working on the Eldredge knot to wear for interviews.” He added that tie-tying is an activity he and his friends will continue to perfect “as we work on our swagger.” 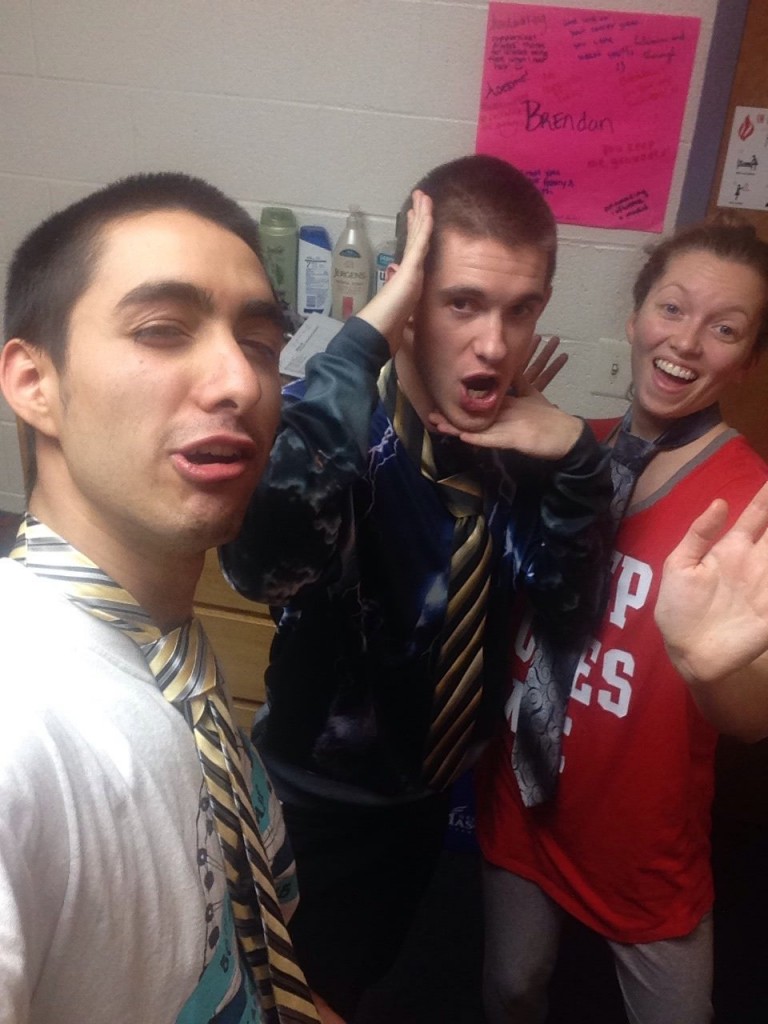 Some Mason students let Jonas itself serve as the foundation for their art.

Junior astronomy major Suzy Hewitt and a few friends filmed a music video outdoors to the 2008 teen hit “Burnin’ Up” by the Jonas Brothers. “We wanted to make it [the music video] because the storm was named Jonas, and ‘Burnin Up’ seemed like the most ironic Jonas Brothers song to sing while playing in the snow,” Hewitt said.

Here is the link for their ‘Burnin Up’ music video: 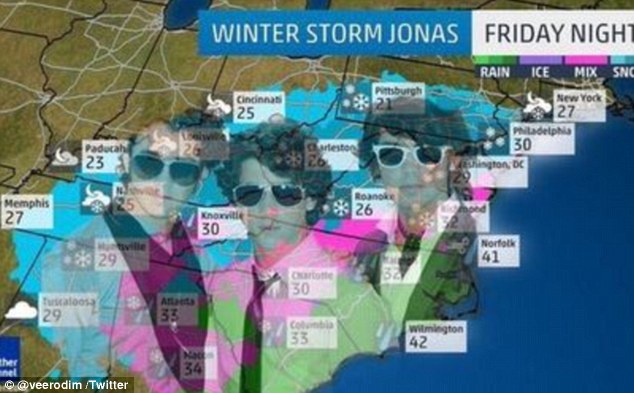 Not all students are using their time off to tie ties and film videos, however. Many are devoting it to recharging for the semester ahead. Junior English major Madeline Graham said that after finishing her homework Friday, she was in need of a break.

“I Googled my guiltiest, most beloved cinema pleasure: ‘90s teen movies,” Graham said. “Netflix had two on the list that I hadn’t seen yet: ‘Can’t Hardly Wait’ and ‘Drive Me Crazy.’ I was only planning to watch the first one, but cabin fever had rendered me senseless by that point, and I mindlessly pressed play on the next movie.”

Similarly, graduate student of secondary education, Alex Diachok, decided to weather the storm by streaming the new season of the ‘90s television drama “The X-Files.”

“I grew up watching the X-Files … and I still recall how it used to grip my imagination. Once I saw that they recruited [Fox] Mulder and [Dana] Scully to play their original roles, I was excited,” Diachok said, adding that unfortunately he “was strongly disappointed” and stopped watching after 10 minutes of “terrible dialogue and lazy writing.”

With all the pleasure of free time, how will students readjust to classes this week?

Graham said that while she has enjoyed the opportunity to get ahead in her studies, she is “definitely looking forward to having a routine again.”

“Without routine, I get lethargic and less productive,” Graham explained. “Routine gives me something to look forward to, little goals to meet throughout the day. And winding down at the end of the day becomes a lot more rewarding.”