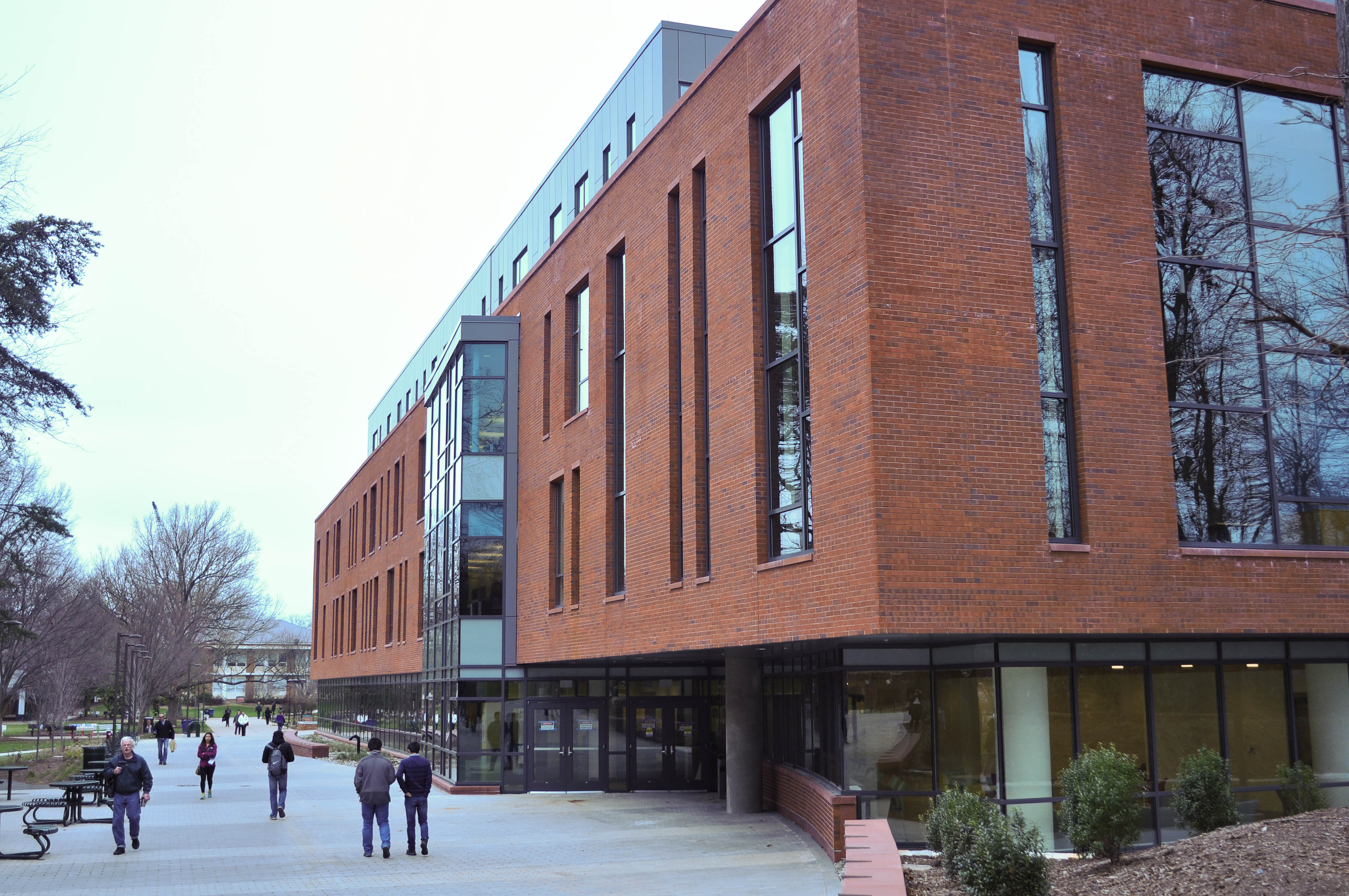 The new front entrance doors to Fenwick library. The doors between the white columns on the old library will no longer be used as an entrance.