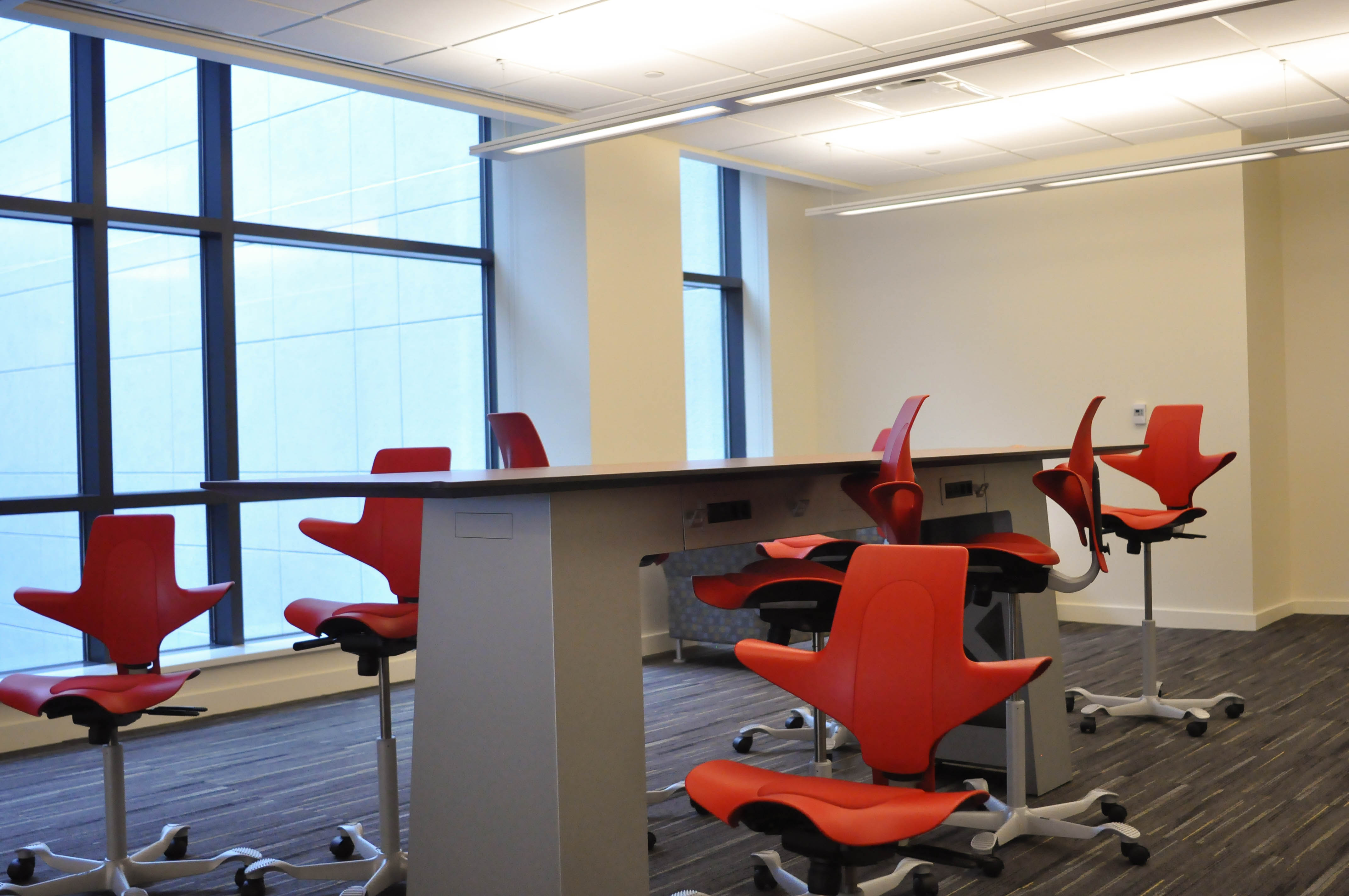 Seating in the new Fenwick library.