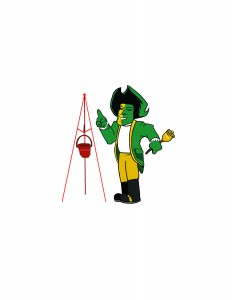 Mason has launched a fundraising campaign that aims to raise $500 million by 2018.

The Faster Farther campaign hopes to increase funding for students, research, and campus facilities. It will also contribute to faculty funds and Mason’s endowment, according to Janet Bingham, president of the George Mason University Foundation, Inc., and vice president of Advancement & Alumni Relations. The campaign aims to raise $25 million apiece for facilities and faculty, $100 million for programs and “big ideas,” $300 million for research and $50 million for students. The money will go toward a variety of things, including student scholarships, recruiting and retaining faculty, granting research fellowships and funds, and improving campus facilities.

Faster Farther has already raised about $365 million of its $500 million goal. This money was raised during the campaign’s silent phase, which began in 2008. This phase involved “raising money towards the same needs, but not making a lot of noise,” said David Long, executive campaign director and associate vice president of Advancement & Alumni Relations.

This practice of raising about 70 percent of a fundraising goal prior to entering the public phase is standard procedure, according to Bingham. She said it demonstrates to potential donors that a campaign has already been successful in raising money and that others will likely be willing to donate to it.

“It really says a lot about how enthusiastic people are and how much they believe in what we’re trying to do in our mission,” Bingham said. Long added that holding a silent phase leads to a “bandwagon mentality” that leads to more donations.

The ‘For Mason. For Us.’ launch party that took place on Sept. 16 marked the initiative’s transition into the public phase. At the launch party, Faster Farther was introduced to faculty, staff and students. This event showcased a variety of student organizations, including Mason Jazz Voice. Sarah Moyers, a member of Mason Jazz Voice, attended the launch party and performed with the ensemble at the event.

“I just think it’s awesome that so many people from so many different departments of the school are coming together to create scholarship funds and research opportunities,” Moyers said. She added, “I think we’re off to a pretty strong start. Everyone is just so excited about this, and just because everyone is working together and is so hyped about this, things can only keep going up.”

The length of these campaigns can vary, Harrison says.

“It’s not uncommon for the public phase of a capital campaign to last for five, even eight years, and our projections is so that it can be done in three,” said M. Leigh Harrison, director of advancement communications for the Office of University Advancement & Alumni.

Reaching the $500 million goal by 2018 will mark the end of Faster Farther’s public phase.

“A campaign is an opportunity to create a culture of philanthropy, to bring in new donors and that allows a university to really grow and prosper and really think about its future,” Sandler said. Long agreed and explained that a formal campaign establishes an institutional focus that creates momentum for fundraising to occur.

The campaign utilizes a “donor-centric approach,” according to Long. This means donors may decide whether their gifts will go toward the endowment or current use. Current use includes a variety of areas such as scholarships, updating facilities and research fellowships, among others. Up to this point, donors have included alumni, parents, friends, corporations and foundations. Long said corporations and foundations have donated the largest amounts to the campaign so far.

Compared to other public universities in Virginia, Mason has a relatively small endowment. In 2013, the University of Virginia’s endowment totaled $5.2 billion; Virginia Commonwealth University’s totaled $1.3 billion; the College of William & Mary’s totaled $698 million; and Mason’s totaled $59 million. Harrison attributed this not only to Mason’s youth as an institution, but also to the age of its alumni.

“More than half of them [alumni] are under the age of 40,” Harrison said. “They’re not at the age where they think, ‘Hmm, what shall my legacy be?’.”

Bingham emphasizes the endowment’s importance to the future of the university. She said the current goal is to “increase the endowment by 10 percent every year.”

As for next steps, Faster Farther is trying to reach out to potential donors across the country and achieve face-to-face interactions with them to raise the remaining funds, which total approximately $134 million.

“Fundraising is about relationships,” Bingham said.

The Faster Farther team is also starting programs to encourage people to hold events in their homes. According to Long, 31 of these events have been scheduled thus far with the first one anticipating 54 attendees.

Programs to increase internal funding — donations from students, faculty and staff, that is — have also begun. In partnership with student government, the campaign hopes to engage current students to support Faster Farther.

“Our donors want to know that our students, our alumni, and our faculty and leadership support the institution,” Bingham said. “That is a gauge for them about how we see the value of the university.”

Harrison added that donors are interested in the participation rate and “how much the internal community is excited about what’s happening at the institution.” Bingham said internal donations signal to corporations and foundations interested in donating that Faster Farther is a worthy cause.

The reasoning behind the name Faster Farther lies in Mason’s exponential progress, or as Long calls it, its “fast-forward mode.”

“Mason has come faster, farther than any other university in the country in its very short history, and we want to continue moving fast and going far,” Bingham said.

The name also conveys Mason’s impatience, according to Long.

“We are impatient, we want to get ahead quickly here, and that’s why we want people to know we really are ambitious, we can make a big impact on the world through our graduates and the research that our faculty do,” Long said.

Stories from the first generation