In the past couple months, Virginia university presidents have been making headlines for topping the list of the highest-paid state employees.

Among these presidents, Mason’s own Ángel Cabrera has been put at number six for highest-payed university presidents in Virginia, according to a Cavalier Daily article published last month. This article said that Virginia higher education institutions submitted revised compensation reports to the Virginia Department of Human Resource Management that included all supplemental income, including private gifts, endowment funds, foundation funds or income from endowments and gifts.

The graphic below breaks down the different components of Cabrera’s salary. His base salary starts out at $151,273 per year, but with state and private funds, the amount he earns ends up being $536,714. This number, however, does not include Cabrera’s additional earnings, which include two types of deferred compensation, a cash bonus and a transportation allowance. These additional bonuses fluctuate yearly.

Cabrera’s salary is determined by Mason’s Board of Visitors, said Renell Wynn, Mason’s vice president for communications and marketing. She said this salary amount was determined at the time Cabrera was hired. She added that a portion of Cabrera’s salary comes from the state, because he is a state employee, and a portion comes from the university.

One of the additional earnings that contributes to Cabrera’s salary is deferred compensation. Businessdictionary.com defines a deferred compensation plan as an “employee pension plan in which a portion of [an] employee’s salary is not paid until retirement. Upon retirement, the employee (or the surviving spouse of a deceased employee) receives a periodic or lump sum payment based on the employee’s contribution.” 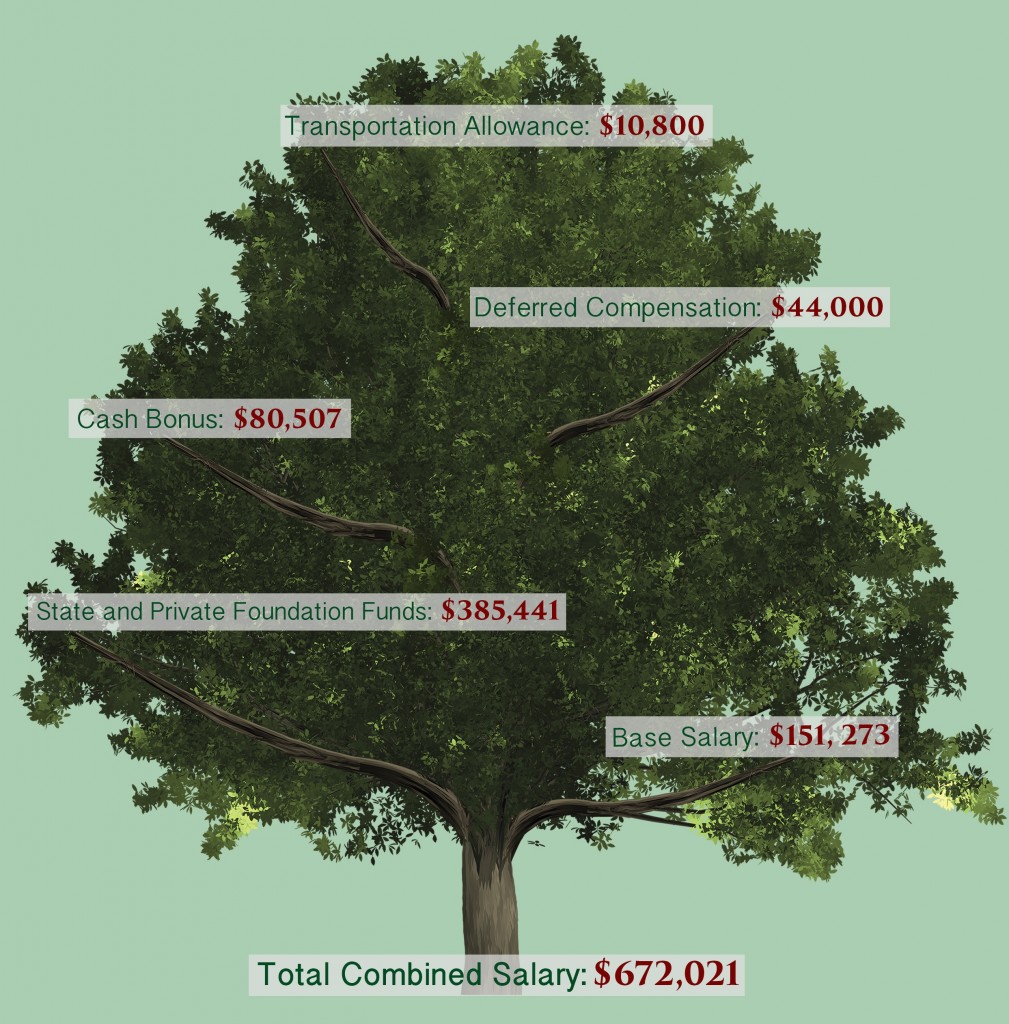 Salary information based on findings from the Richmond Times-Dispatch. (Megan Zendek/Fourth Estate)