High schools across the United States are considering allowing computer programming to satisfy foreign language requirements, in an effort to encourage students to pursue computer-related disciplines in the future.

Currently, 17 states and the District of Colombia allow students to take computer programming classes for math or science credit. These classes include anything that teaches students JavaScript, HTML, Python, C or other languages. However, New Mexico, Kentucky and Washington have proposed bills that will allow students to take computer programming classes to fulfill their foreign language requirement, instead of taking Spanish, German or many of the other common language offered to high school students.

Mason professor Douglas Eyman teaches a Web Authoring and Design class, which primarily uses HTML or CSS for web design. He believes that while coding is an important skill, it shouldn’t replace foreign language learning in high schools.

“There’s a fundamental difference between learning a foreign language and learning a computer language, and I think that it’s a mistake to see the two as fulfilling similar roles for student success,” stated Eyman.

“If they’re just trying to get people to use their brains to think in a different way; foreign languages often have different structures, you realize there’s not just one way to express something,” Snyder said. “In that sense, there’s ways that learning a programming language is very informative, that would actually be a very intensive version of what they’re going for.”

He also said the possible goal of learning a different culture should be considered.

“If they are trying to go for the cultural aspect of immersing yourself in another culture, which is usually somewhat concurrent with a foreign language course, then it does a pretty poor job,” Snyder said. “But we have plenty of other classes that require a cultural understanding.”

Currently, the Virginia Department of Education only allows students taking Advanced Placement Computer Science to receive credit for a laboratory science, mathematics or for a career or technical degree. 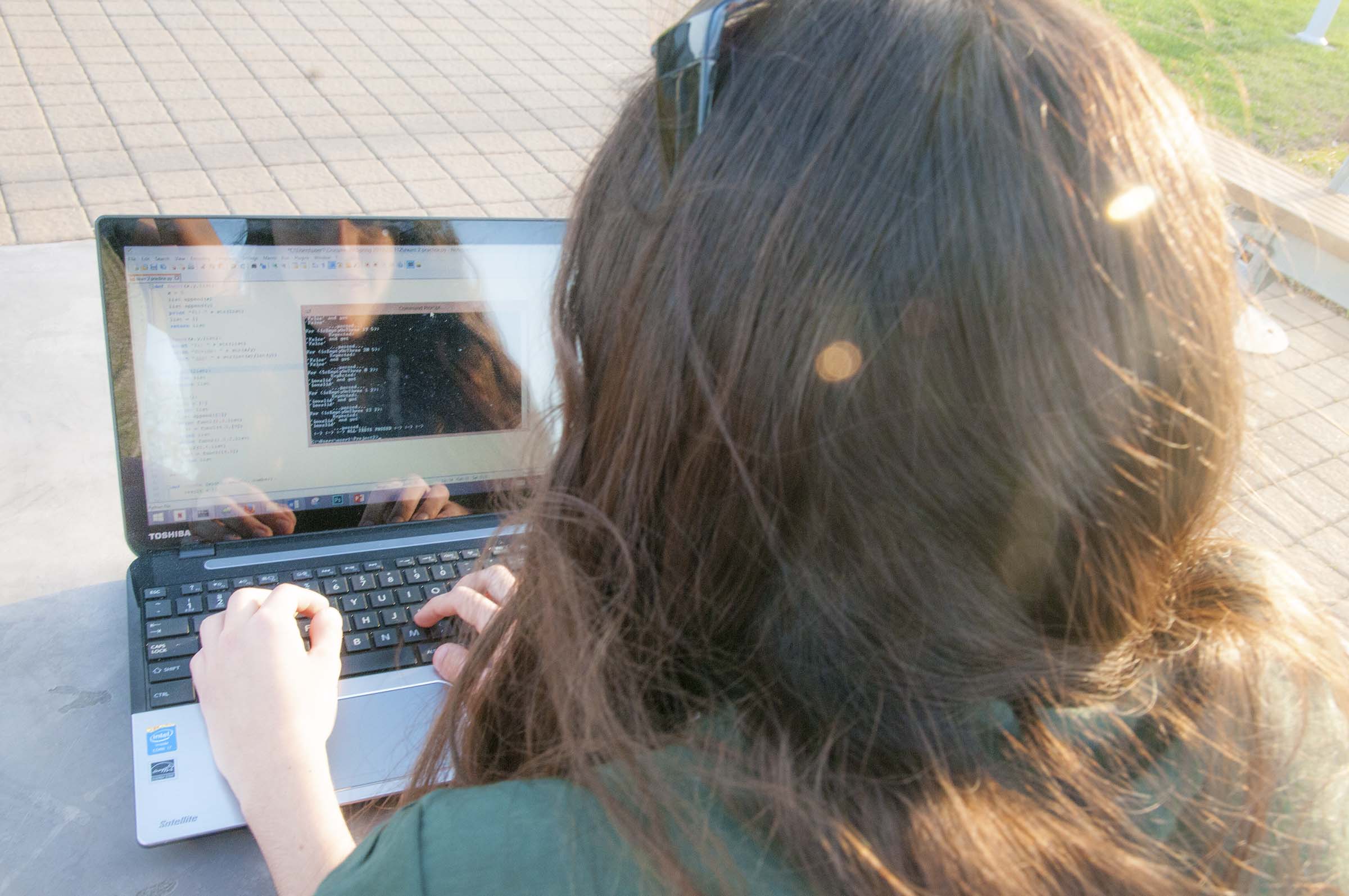 The United States Bureau of Labor Statistics estimated that the field of computer science is growing at a rate that is much faster than average. Another study from the BLS estimated that in 2020, there would be 1.4 million jobs in the computer science field, but only 400,000 college graduates to fill these positions. However, according to the National Center for Education Statistics, in 2010 only 2.4% of all college graduates in the United States received degrees in computer science, a decrease from 4.25% in 2003.

Eyman stated that while there are shortages of college students who have degrees that allow them to work in these fast-growing technical fields, the U.S. is also at a disadvantage globally due to the lack of language-related knowledge students possess.

Many people oppose this for reasons other than fulfilling job openings overseas, stating that teaching a classical language not only gives them a useful skill, but that it also teaches them about culture and context. Eyman agrees with them.

“Learning a foreign language helps students better understand their own native language because it exposes what I think of as the infrastructure of how languages work — providing a stronger sense of how grammar works in both languages as well as helping to foreground the cultural and rhetorical nature of language in use,” Eyman said.

Eyman also offered an alternative to the “either/or” dilemma that is beginning to plague school administrators, that would involve teaching coding as it relates to all subjects students learn at school, in order to expose them to it at an earlier age and in a way that it applied to all fields of study.

“From my perspective, it would be better to take a coding-across-the-curriculum approach where coding and algorithmic literacies can be embedded in language arts, math, science, and even art courses rather than taught only as a stand-alone set of procedures,” Eyman said. “There’s a fundamental difference between learning a foreign language and learning a computer language, and I think that it’s a mistake to see the two as fulfilling similar roles for student success.”

Fourth Estate reached out to the Mason Modern and Classical Languages department for a comment, but they have not yet responded.

The answer to this debate is a long way off. The bill proposed in Washington’s General Assembly, House Bill 1445, would first require approval, and then it would take another two years of curriculum development before this option would be available to students in 2017.

There has been no evidence to suggest that Virginia is considering changing their high school curriculum.