This story was originally published in the February 16 issue of Fourth Estate.

The Washington, D.C. Metro system recently experienced two separate incidents where smoke filled a train, one of which killed a passenger.

The first incident occurred on the afternoon of Monday, Jan. 12. The Washington Post reported that a Yellow Line train departed only 800 feet into the tunnel before coming to a stop. The National Transportation Safety Board attributed the incident to an electrical arcing event – or an electrical breakdown of gas – that occurred about 1,000 feet in front of the train.

According to The Washington Post, the smoke was not caused by a fire, but by short-circuiting cables that power the third rail. There were more than 80 passengers who suffered from respiratory issues after being trapped in the tunnel for more than forty minutes. Smoke inhalation sent many to the hospital and caused the death of a 61-year-old Alexandria woman.

A similar and more recent incident occurred Friday, Feb. 6. The Washington Post stated that the DuPont Circle Metro stop was evacuated after brake line problems caused smoke to fill a Red Line train. Services resumed shortly after evacuations were made.

The Washington Metropolitan Area Transit Authority reported in a July statement that the metro is the second most-used metro rail system in the United States. The system links Maryland, Washington, D.C. and Virginia within about 1,500 square miles. Averaging more than 750,000 metro trips on a weekday, the WMATA is working to improve the services and the safety measures of the system.

In the $1.82 billion budget proposal for the 2016 fiscal year, the WMATA announced that safety would be improved as part of the budget plan. The report stated that over a six-year period, a $7 billion investment supported by the Capital Improvement Program would continue to improve the safety and state of good repair investments.

The WMATA budget proposal lists that improvements will continue to be made on the software of the train control system, the maintenance of the trains and rails, and the improvement of the tracks and structures. These measures are to ensure the safety of passengers.

Many students who obtain jobs or internships in the Washington D.C. area during the semester rely on the Metro to commute to and from the job. Senior Shelley O’Conor relies on the metro to travel to and from work. She currently has an internship in Washington D.C. which requires a thirty-minute metro ride.

O’Conor was not hesitant to ride the metro after hearing about the incident. She feels that the safety methods currently used by the metro are effective in compensating for potential accidents.

“As a passenger, I am aware of the safety features on the metro cars: fire extinguishers, emergency door openers, intercom, etc. I do think these are effective tools for the passengers, and I think the instructions are effective also,” O’Conor said. 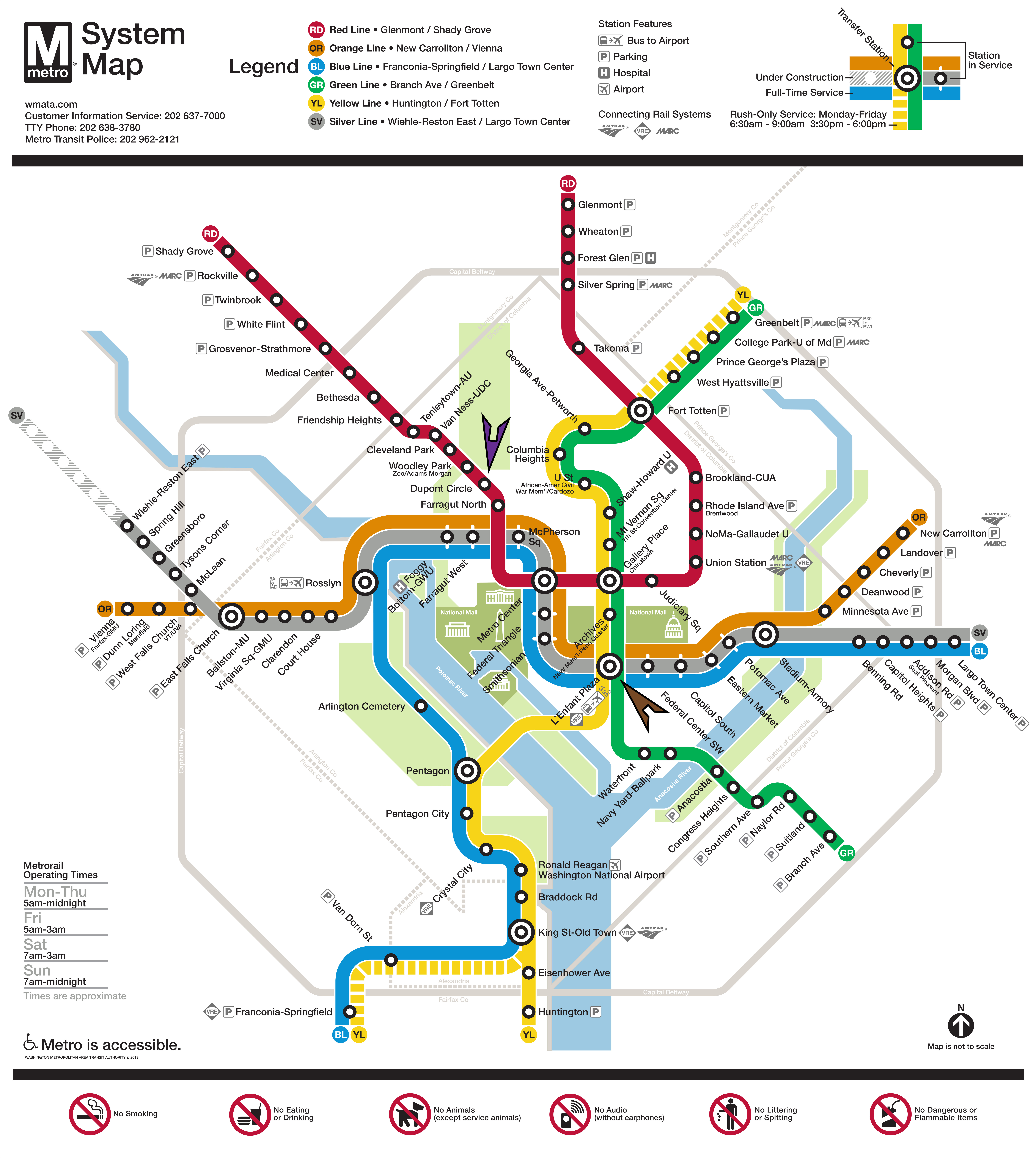 The safety features mentioned by O’Conor are included in the various safety improvements being made by the WMATA. She feels that the upkeep of these features is important for the safety of passengers in the event of an emergency.

“I do not know exactly what kind of emergency training the metro staff undergoes. However, I assume it is up to date, is taken seriously, and is effective. The mission of the metro is to safely transport millions of people into the capital,” O’Conor said.

When the mission of the metro is interrupted by an incident that kills a passenger, the safety precautions are revisited.

“To improve the safety of passengers, the metro system can continue to keep the staff up to date on emergency procedures and continue to make sure all equipment is in good working order,” O’Conor said.

The Federal Transit Administration released a statement immediately following the first incident saying that they will be conducting a review of the Metro’s safety implementations. This review is set to begin in early March.

Senior Ashley Antion had an internship in Washington, D.C. that required her to ride the metro on a regular basis. Like many students, Antion does not have a car on campus therefore she relied on the metro when traveling for her internship.

“During the time of my internship I took frequent trips on the Metro. I traveled to the State Department, to DuPont Circle, to The United Nations Association, to Johns Hopkins and to the Institute Of World Politics,” Antion said.

Unlike O’Conor, Antion’s concerns about the safety of the metro increased after the first incident.

“I do not feel the system is effective in managing accidents because too often trains are backed up on railways because one is occupying the platform. When simple functions are not well managed, I have little confidence in the system’s ability to handle a larger crisis,” Antion said.

When crisis management was put to the test twice in the past two months, many argued that there is room for improvement. According to The Washington Post, the metro resumed service shortly after both separate incidents. Passengers continue to ride the metro despite these recent cases.

“Considering what happened recently, I still feel safe riding the metro. Accidents happen no matter how we travel. Buses topple over, planes crash, and cars get into accidents. For me, riding the metro is the most effective way to get into the city,” Antion said.