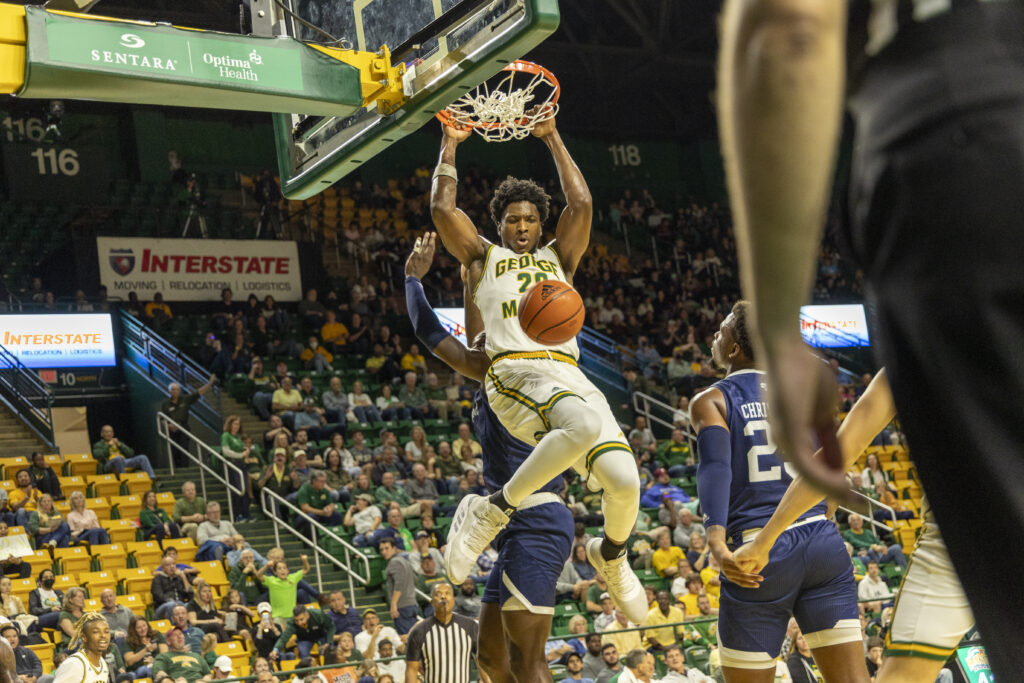 “Good win from our group bouncing back from Monday night,” Coach Kim English said. “Excited about our group, good in some areas defensively guarding the shooters, always room for growth.”

Much to look forward to for this new roster. Josh Oduro was seen as the centerpiece for the Patriots on the offensive end. However this year, he has help.

“I’m really excited to play with this group of guys,” Oduro said. “Probably all the way down to the last round on the roster everyone got immense skill. It’s real fun playing out there, swinging the rock. I remember Kim was talking, we got Ticket right here, we got BJ Bailey…it doesn’t matter…so I’m really excited about this group.”

With this being his senior year, Oduro hopes to implement his leadership capabilities to the best of his ability–doing so while learning from his teammates what he can do better and being open to new ideas.

“I feel like this group of guys have really empowered me, really had my back, really encouraged me after the Auburn game,” Oduro said. “It really isn’t just leadership from one person, there’s five leaders on the court at one time.”

With a new roster on the court, these players have only been equipped with one another for a few months yet are continuing to build their chemistry in practice and at games.

“I think it goes from practice so spring and through the fall and to this point,” senior Davonte Gaines said. “So just getting to learn guys is our main goal…just finding ways to build chemistry on the court.”

This past Sunday, Mason defeated American University 73-56 after executing an outstanding comeback in the second half.

“Didn’t start off well at all,” Coach Kim English said. “Give American a ton of credit. They played a really tough game at Marist and they played really well. Proud of our guys responding at the start of that second half.”

The Patriots had a much better offensive performance during the second half. Coach Kim English suggests that your offense and defense will unite which was the key to beating American.

“Your offense and defense are married,” Coach Kim English said. “We didn’t do a good job contesting some of their threes early…they [American] couldn’t play no different from Longwood. So we absolutely did pick up the defensive pressure in the second half.”

The Patriots will be at the Paradise Jam tournament in the U.S. Virgin Islands today to face off against Boston College at 8 p.m. ET.