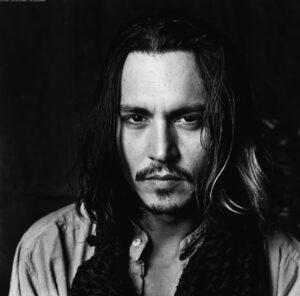 In May 2020, famous “Pirates of The Caribbean” actor Johnny Depp was dropped from Disney due to allegations of domestic abuse against Depp’s wife, and Aquaman actress, Amber Heard.

Johnny Depp trended globally on social media after the news broke of the alleged abuse.

The increased attention to the situation caused the global audience to flock to Depp’s defense instead, claiming that Amber Heard was actually the one to abuse Depp.

Internet users looked deeper into the situation, with one content creator even going as far as to analyze how uncomfortable Depp seemed in public during his relationship with heard. The video from last year amassed over 9 million views.

Another video from 2021 depicted Depp as uneasy at a press conference due to trauma from almost allegedly losing his finger to abuse by Amber Heard. This video gained about a million views.

After this, Johnny Depp released a statement on November 6, 2021, claiming his innocence in an Instagram post. Depp moved on to claim that this was defamation by his ex-wife and took Amber Heard to court for 50 million. Heard is suing Depp back for $100 million.

The defamation trial of John C. Depp, II v. Amber Laura Heard, finally began this month in Fairfax, Va. The courts have forbidden fan photos with the celebrities, however, the trial has been streamed on CourtTV and is available to see online.

The trial itself has been quite dramatic and extraordinary from different trials.

As social media watches, many other celebrities, according to CBC, have arrived to testify for Depp and Heard such as Elon Musk, James Franco, Paul Bettany, and more as the two make powerful statements against each other. According to The Washington Post, Depp has called the allegations “heinous” and “not based in any species of truth.”

Many grotesque moments happened during the trial according to CBS News, including Depp showing images of severe bruises claimed to be done by Heard saying that she had punched him under his eye, kicked a bathroom door into his head, and had his finger sliced open after Heard threw a vodka bottle at him in which he said he painted with the resulting blood from his finger.

Freshman Brian Nguyen has an opinionated take on the situation in Depp’s defense.

“I heard about the Depp versus Heard case from YouTube first, and then social media like Instagram. I wasn’t aware about the case happening in Fairfax until a friend told me when he came to town.” Nguyen said.

Nguyen remains respectful in his take but thinks that Depp’s treatment has been unfair.

“I honestly think it was very unfair for Johnny to lose his role as another person [Amber Heard] can continue on when there was not enough evidence. We can never know for sure, but I feel like there is enough evidence stacked against Amber. The situation should have been handled the same way with her.” Nguyen said.

Some students are unaware of the case in general and that it is going on in Fairfax.

Freshman Sarah Cornell is unfamiliar with the specifics of the case but like others has heard of the situation through social media.

“I think I’ve heard of the Depp versus Heard case briefly from social media, but I don’t really know much about what happened. I had no idea that the case was happening in Fairfax.”

Cornell tried to remain impartial out of respect for any victims in the case.

“The stuff I do remember reading was in his defense, but I didn’t want to assume he was right because I didn’t know what happened. I always try to be cautious when it comes to victims.”

Instead, Cornell offered advice on what people can do to play their part in helping break the cycle of domestic violence, speaking on the culture that surrounds violence on the internet and in schools.

“I feel like there should be more education on domestic violence and how to handle it, especially if someone that you know is going through that. It can be difficult to navigate. Abuse is perpetuated in so many ways. It’s a learned thing, so we have to figure out how to not teach that. For example, violence is so prevalent in the media and even in schools. It’s a cycle that’s broken through education and awareness.”

If you or someone you know is dealing with a domestic abuse situation, GMU offers services to help.