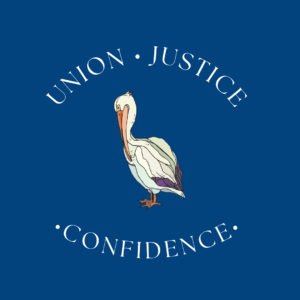 Residing at the Mason Square campus (formerly known as the Arlington campus), the Antonin Scalia Law School houses an array of academics and professors alike. Adam Crepelle, an assistant professor of Law and the Director of the Tribal Law and Economics Project, is one of those established legal minds.

Enrolled in the Houma nation, Crepelle witnessed these repercussions firsthand.

“It seemed like everybody in Louisiana was getting bonds from BP except for the Houma Indians—the very people who were getting spilled on…can’t work and were losing their jobs because most Houma Indians work in either the oil or seafood industries,” he explained.

Crepelle approached his law professors with questions regarding tribal law to somehow combat the injustice legally. However, he found that “they were not very knowledgeable about Indian law, to put it mildly.”

Soon, he realized that no one in Louisiana would be able to answer his questions and, subsequently, began to teach himself the material. He provided a boiled-down description of the practice:

“Federal Indian law is basically about the conflicts between state, federal, and tribal law. Tribes are the third sovereign in the U.S. Constitutional order, so whenever a tribe does something the question is: Does the tribe get to govern it exclusively, and if not, what role does the state have and the Feds have in governing that activity?”

From there, this budding interest sprung into a new career path, leading to numerous publications and the eventual creation of the Tribal Law and Economics Program (TLEP)—a new program offered at Mason.

Crepelle began the TLEP under the 45-year-old Law and Economics Center, aspiring “to provide a law and economics framework to a lot of the problems affecting Indian country,” he said.

As a field, law and economics are typically found in law schools’ curricula, however, most scholarships do not acknowledge Indian law. Crepelle argues that their conjunction, nevertheless, could greatly benefit indigenous tribes as it eases conflict between the three clashing jurisdictions:

“For crime, what law applies depends on whether you are an Indian or not. [The system] is just incredibly inefficient. Law and economics can help explain why some of these problems exist on reservations…and help bring about solutions.”

The program aims “to provide tribal leaders, judges, and academics with effective tools to aid them in their efforts toward self-governance,” according to the TLEP. It commissions the research needed to support the field as well as creates the Tribal Sovereignty Clinic, where law students and faculty provide legal aid to tribes.

More specifically, it offers a federal Indian law class to law students like Travis O’Shell—a Mason student who took the class this past fall and continues to participate in the clinic.

Before the class, he “had no idea how much there was to learn about the injustices and oppression against tribal governments throughout American history,” he explained.

However, he quickly began to see problems wreaking havoc within the community like poverty and indigenous womens’ increased rates of domestic violence.

“There is just this slew of issues that Native American tribes have to bear the brunt of for a long time…These issues exist in the world and to do something about it you [have] to learn about it first,” O’Shell said.

O’Shell explained that Crepelle has brought a variety of guest speakers into both the class and clinic from United Nations delegates to advocates working on Capitol Hill.

In the Tribal Sovereignty Clinic, Crepelle connects groups, which each have a specific subject to fixate on, with tribal contacts. One project, entitled the Violence Against Women Act (VAWA), “allows tribes, if they adhere to certain procedural requirements, to exercise jurisdiction with crimes of domestic violence,” O’Shell said.

In the case of  O’Shell and his partner, they were connected to the Tunica-Biloxi Tribe of Louisiana to enact tribal laws and further spread the VAWA legislation.

O’Shell expressed gratitude toward “Professor Crepelle and the law school, of course [for seeing] the value of this program and [bringing] it to us.”