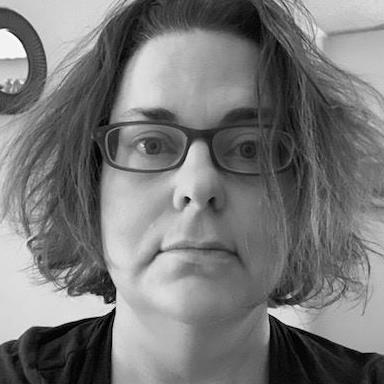 Courtesy of the Creative Writing Program

Kerri Webster is the author of three books of poetry: “Trailhead,” “Grand & Arsenal” and “We Do Not Eat Our Hearts Alone.” She is the recipient of multiple awards, including the Lucille Medwick Award from the Poetry Society of America, and has taught in the MFA programs at Washington University and Boise State University.

The poems she recited were invigorating and full of raw emotion. For example, “The Spinster Project” drew in a lot of analysis of the beauty of abstraction. In her discussion, she explained how the poem utilized a common theme of beginnings and endings.

“I started out wanting to articulate the self — and wanting to write to the self — that I wanted to be, which is something I see happen with my students all the time,” Webster explained.

Webster explained that at a young age, as she started to read poetry from traditional Greek, Roman and English poets, she admired the traditional balance between the human and natural worlds.

Webster’s favorite poets, who inspired her to start her own work, include Audrienne Rich, Murial Ruckeyser and Wendolyn Brooks. Her practice started off with memorizing poems as a part of her grad school program, allowing the works to become part of her body and impact her own writing.

During the meeting, current Mason poetry students discussed Webster’s utilization of nature in her poem “In Trail Head,” and the role of ecopoetics in 2021.

The poem focused on the harm of masculinity in relation to wilderness. Her experience as a current resident of Idaho, where she witnessed the impacts of colonization on the ecosystem, gave her a different perspective on being a part of an ancestral line that is aware of its place in history. The impact of male dominance on wildlife in the past centuries inspired her to write this piece.

“Being from the American west, being from the state that has more wilderness than any state in the lower 48, there’s no balance between the human and the natural world. It’s impossible, or will never happen,” Webster explained. “It is a place that is still in the process of growing. It is a colonized space, which makes it impossible to find that balance.”

This event demonstrated Webster’s knack for utilizing understandings of the pastoral world, sonics and abstractions. Her mastery of sultry, powerful language in her writing makes her presence in the poetry field unforgettable.