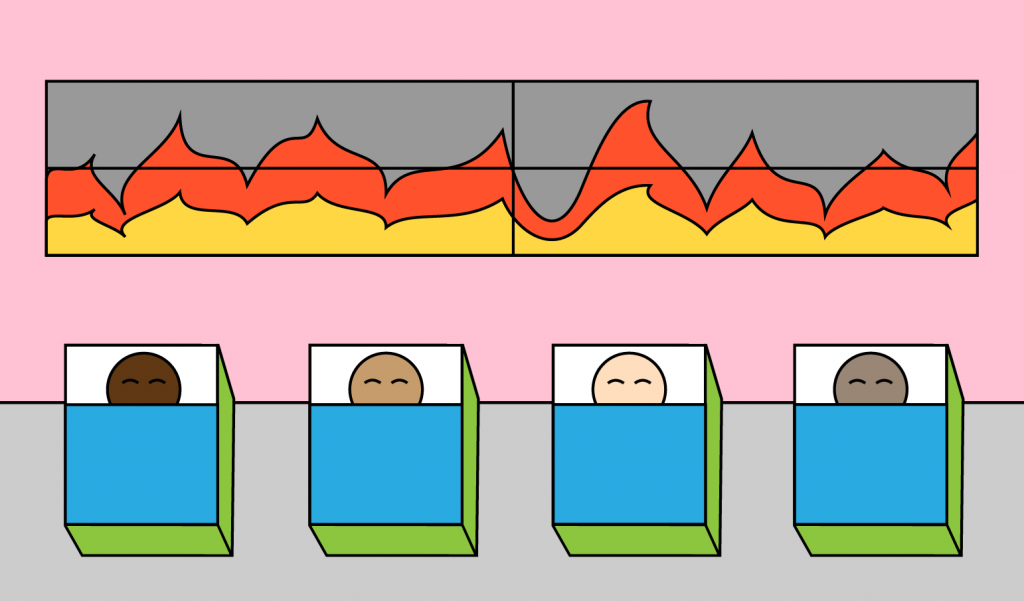 As age increases, so does the pressure to have children. People expect people to raise more people. It’s a basic assumption that cuts across all countries, cultures and languages that is deeply ingrained in the very essence of humanity.

We are biologically engineered to desire sex. Every species on this planet, from single-celled organisms to dolphins, exists with the purpose of reproduction. It’s more than the nature of humans, it’s the nature of life. Having children carries forth progress, legacy and the hope for a better tomorrow. However, while humans may desire sex, the gamble of raising a child is not as appealing as it used to be.

U.S. fertility rates have been dropping since the 2008 recession. This economic gut punch left many in financial trouble and left young adults with financial anxiety. A 2018 New York Times poll found that 64 percent of young adults listed the expensive cost of childcare as a primary reason for not having kids. This was followed by 49 percent saying they don’t want kids because they have concerns about the economy and 43 percent saying that financial instability overshadowed the possibility of children. Most people want kids, until they grow up and see the price tag attached.

Even in middle school, I remember friends asking me, “How many kids do you want when you grow up?” This question evolves based on where you are in life, but the implication stays the same. When you’re in your mid-30s, your annoying aunt will probably ask, “Why haven’t you had kids yet?”

Right now, an unforgiving pandemic is causing major declines in health, safety, jobs and life. If you’re searching for a reason about why the world is cruel, you don’t have to look much further than 2020. The sad part is that both birth and fertility rates were dropping before the tragedy that has been this year. The worst part is that they show no sign of slowing down.

People aren’t going to plan to have children unless they believe there is a future for them. Even before COVID-19, parents were struggling to make ends meet. USDA estimates show that the average American family spends $233,610 on one child. Those aren’t numbers friendly to an economic recession, and some economists predict birth rates will decrease even more due to the pandemic.

As if our present isn’t scary enough, imagine a future where the number of senior citizens vastly outnumber those who can care for them. China is currently grappling with this issue. Chinese officials are fearful of negative population growth that will rapidly slow their economic growth and imbalance the ratio of young to old. If we don’t turn our birth rates around, America could be right behind them.

This issue has heavy implications for human progress and must be addressed, but not by your annoying aunt. She may ask you over and over again why you aren’t planning on having kids, but don’t bow to the pressure. Although social pressure is a powerful force that can have a meaningful impact, it’s not a healthy solution for birth decline. People need to decide to have kids because they want kids, not because they feel left out or want the questions to stop. That wouldn’t be a good foundation upon which to raise a child.

The decision to bring another person into the world is a giant one that people should decide for themselves. We must put an end to the assumption that people will have children. Instead, we should ask if they want children.

While it may be human nature to desire sex, not everyone can afford the results. Economic disparity aside, there could be other reasons people decide not to become parents. They could be infertile. Perhaps they have tried to have children and miscarried. Maybe they just don’t want children, and that reason should be enough. After all, bringing a person into the world is a life-changing event that can’t be decided for you but must be decided by you.

If we want people to decide to have kids, we must create a reality where they can decide to have kids. This means fixing the problems too big to solve by yourself. A weak economy and deadly virus are not issues that a superhero can save us from. They will take time, effort and above all else: optimism.