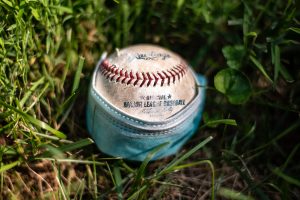 It’s the first week of baseball, July 27, and the Miami Marlins are set to take on the Philadelphia Phillies even though multiple players already tested positive for the coronavirus that morning. The game went on as scheduled, but the outbreak had just begun. Soon after the game, a total of 21 players and personnel contracted COVID-19. This event would cause a domino effect on the 2020 MLB season.

The MLB is on track for a COVID-19 disaster if they do not switch their format to the bubble. This would allow for the isolation of players and coaches from the outside world, preventing outbreaks of COVID-19 and allowing for baseball to be easily played.

This blame, as much as I want to put it all on MLB Commissioner Rob Manfred, is also partially on the players. The MLB investigated the Marlins’ outbreak and found that players had ignored protocol, leaving their hotel rooms and going to a bar. Really?

This isn’t the only instance where players have ignored team protocol this season. Cleveland Indians pitchers Zach Plesac and Mike Clevinger enjoyed a night out at a bar in Chicago before heading home to Cleveland. Upon arrival, Plesac was reprimanded, but Clevinger defended him in a team meeting. Clevinger, however, failed to mention that he had gone out with Plesac.

The MLB needed to do something to limit outbreaks, but they have not.

Twenty one teams this year have had a player or staff member test positive for COVID-19. According to the MLB, as of Sept. 3, 55 players and 30 staff members have tested positive.

Due to outbreaks, the MLB has postponed 41 games this season. Let’s compare that to how COVID-19 has effected the restarts of other leagues.

What do all these leagues have in common?

These two things are what the MLB lacks. The MLB did consider the bubble format initially but decided against it because the players weren’t on board. “[Being] quarantined in a city, I was reading for — if we play — a couple of months, it would be difficult for some guys. What are you going to do with family members?” said Los Angeles Angel outfielder Mike Trout to CBS Sports.

Well, Mike, that’s just the price you’ll have to pay to play the game you love. Numerous players in the leagues mentioned above opted out of the season or even left early to go back to their families.

The MLB is in the process of creating a contingency plan to use the bubble format in the postseason, which is about a month away. Prospective bubble sites include southern California and Texas. This could be the MLB’s saving grace.

I believe that if the MLB wants to finish their season, it’ll have to be in a bubble. It’s the only proven method to play sports and eliminate the spread of COVID-19. Furthermore, with the NFL and NCAA gearing to start in the near future, I don’t see either organization working without the bubble format. The NCAA has already filed a trademark for “Battle in the Bubble.”

So do something right for once, MLB. You’ve messed up the Houston Astros cheating scandal, the universal designated hitter, disciplinary actions against the Astros’ opponents and literally everything else. Fix this mess you’ve made, get in the bubble and crown your champion.