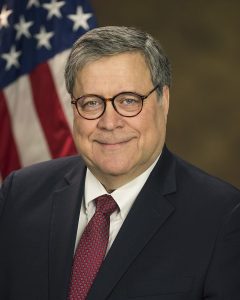 Laurie Robinson, along with 2,500 former DOJ employees, encourages Barr to resign from his position

Former Department of Justice (DOJ) employee and current Mason professor Laurie Robinson, along with 2,500 other former DOJ employees, signed a statement supporting the resignation of Attorney General William Barr after he interfered in the case of Roger Stone.

The statement Robinson signed includes the reason why Barr should resign: His actions threatened the reputation of the DOJ and the rule of law was violated in this situation.

Stone, who was convicted of lying to congressional representatives and obstructing justice, was given a recommendation by four prosecutors working his case that he should be sentenced to seven to nine years in prison. According to Robinson, Barr dismissed the recommendation in favor of a lighter sentence.

Robinson explained that she felt that Barr’s words did not follow through with his actions since he went along with the idea that Stone should be given a lighter sentence.

“The prosecutors were so unhappy with the handling of the case that they all resigned from the case,” Robinson said. “One of the four even resigned permanently from the Department of Justice.”

Robinson, who was a former assistant attorney general under the Clinton and Obama administrations, stated that one of the most important things the DOJ — unlike many other departments in the government — is known for is the strong tradition of keeping cases divided from politics. This division is meant to uphold the exercise of prosecutorial discretion and keep grant-making processes an arm’s length from the appropriations committee of Congress.

“In a democracy and constitutional republic, decisions happening in the Department of Justice, whether in the criminal division or in the U.S. Attorney Office where people are going to lose their liberty, have to be carried out without any consideration of a person’s politics,” Robinson said.

“These kinds of things really test our system but it is distressing to see the president continuing to tweet about Judge Amy Jackson,” Robinson continued. “I think Jackson is an honorable judge and she is handling the situation in a good way and will make the best out of it. We will see.”