Art exhibits. Spoken word. Rap performances. On Saturday, Feb. 8, the Black community at Mason debuted the Black Excellence Gala Art Show in Dewberry Hall, where Black art ranging from canvas paintings to photography to poetry were acknowledged and appreciated by all.

Located inside the Gold Room in Dewberry Hall, viewers were immediately greeted with dim lighting, soft music and a wide variety of art exhibits, each centered around the artists’ own unique perspectives towards the Black community.

It was evident that the prominent theme of the exhibition was the power of community and the Black body, as presented through different modes and mediums. Much of the work centered around controversial themes and concepts. For instance, a handful of artists portrayed scenes of painted symbols associated with the shooting of Trayvon Martin, in addition to a few more depictions of police brutality.

“My works depict what it’s like to be a young Black [woman] in America,” said gala artist and community health major Breyanna Woods. “Some tell personal stories, others tell stories for Black women and men, some bring awareness to what we go through in our day to day lives.”

Freshman forensic science major Jacayla Richardson built upon Woods’ statement when she described her work and how it aims to truthfully illustrate the reality of the Black community as a three-dimensional concept, touching on other concepts of violence and mental health.

“Even though we all come in different shades and skin tones, we all share the same struggles as Black people,” she stated. “For instance, my works depicts the struggle of mental illness in the Black community and how it should be addressed more and its lack of discussion within the community.”

The biggest take-away from the event was not just the cultural appreciation for the works of an incredibly underappreciated group, but rather the unity art brings to the Black community. Much like the community itself, the artwork was very collective, drawing from similar themes. For instance, the violence that the Black community faces daily, from police brutality to the KKK. 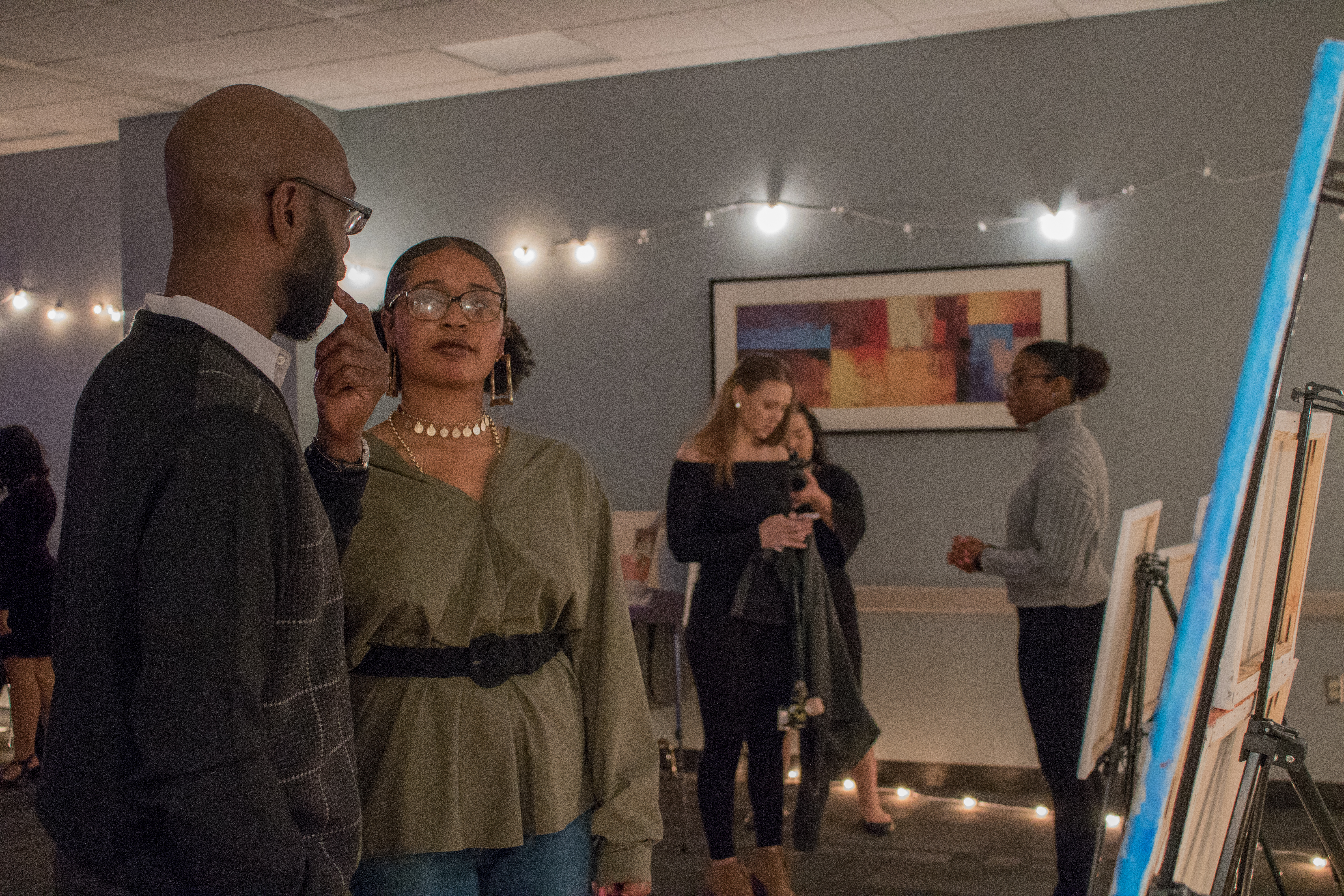 The ways that art can be simultaneously both an individual and collective form of expression, with each artist contributing their own experience and perspective of the community into the collective consciousness of it altogether.“It means representation: to know that there’s someone out there that has the same beliefs as you and supports,” Woods said.

“Art for Black people is really up-and-coming, and it’s amazing to be a Black person expressing themselves just like anyone else,” gala artist and graphic design major Asiya Freeman said.

Gala artist and marketing major Emond Dash, whose works center around the depiction of the strong Black female, built upon Freeman’s statement on the power of art as not only a personal outlet but a community outlet. “Art was always a way for me to connect to people,” he said. “I’m not an open book, so this is my way of communicating and translating my thoughts to people.”

The Black Excellence Gala Art Show was a momentous portrayal of the power of the Black community as an underappreciated yet visible aspect of the community. As Woods eloquently put it, “This is art made by us, about us, for us.”