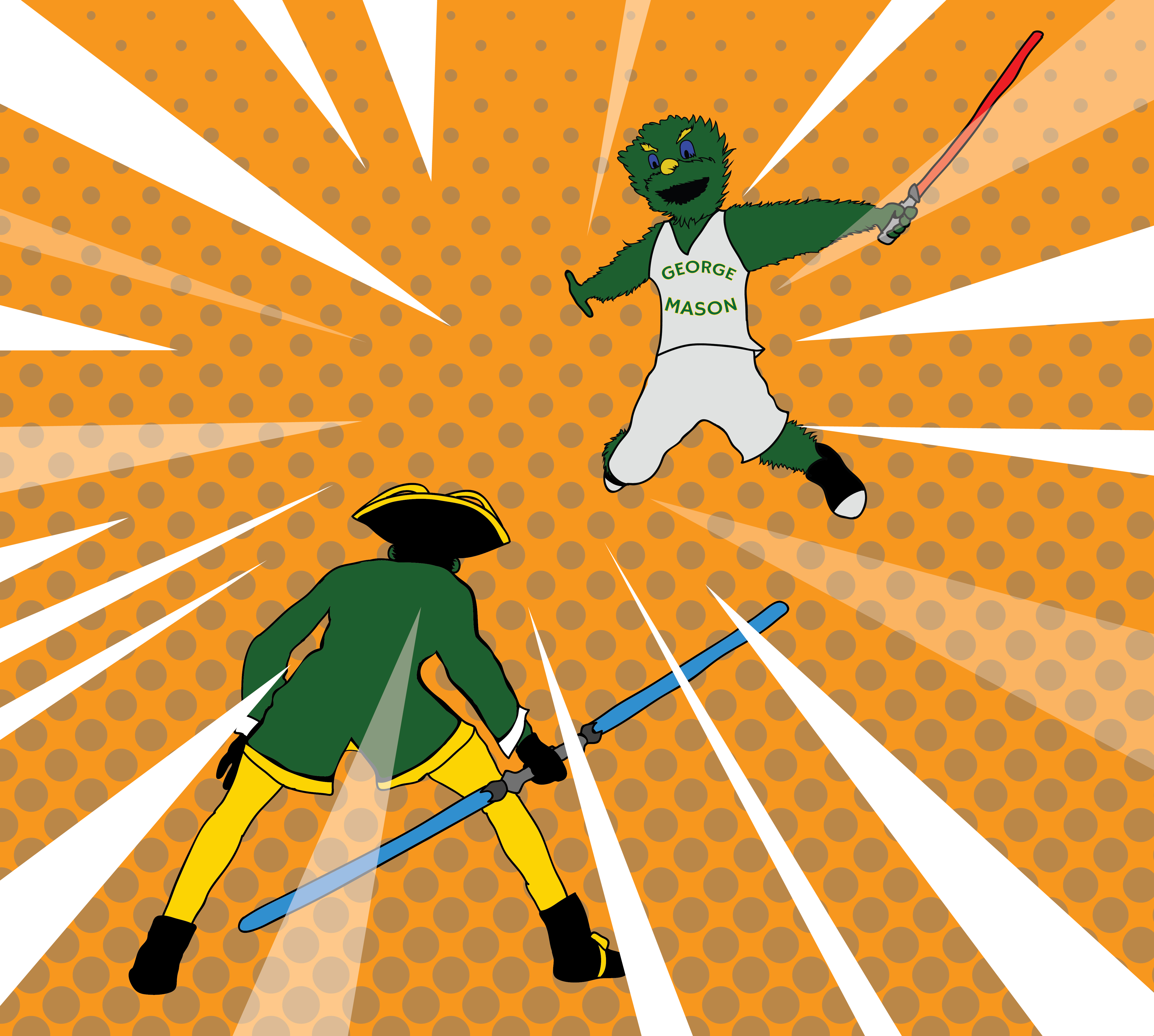 As many people know, the Patriot has been our university’s mascot since 2007. However, most do not know that Gunston, the green bundle of joy who was our previous mascot, disappeared after the Patriot took over 12 years ago.

Gunston fans, look no further, for after community outcry, Mason Athletics has decided to open their mind to possibly bringing Gunston back. However, it may not be in the most normal fashion.

With France having most recently created a new sport, lightsaber dueling, Mason Athletics has decided to utilize this sport to decide the next mascot.

That’s right. Before the start of next semester, the two mascots will go head-to-head in a fight to the death to decide the mascot for the next 10 years.

The duel will use standard regulation rules; the point system is dependent on the place where the blade makes contact (head or body receives five points, arms or legs receive three points and hands receive one point). The first person to reach a score of 15 wins the game. If the match ends with no mascot at 15 points, the mascot with the higher score automatically wins.

Let’s break down the two fighters.

Breaking down the Patriot

As the favorite in this match (given a 63% to win by ESPN), the Patriot stands at 6-3 and weighs 180 pounds. His agility is subpar, as he will have to find a way to keep his jacket and hat on, but he makes up for this with less body mass. It is entirely possible, as it happened the last time these two matched up, that the Patriot will win in a close match.

Heading into this matchup with the Patriot, Gunston currently has a record of 0-1 against the Revolutionary War figure. In the 2007 matchup, the Patriot battled Gunston in a joust. The Patriot came out on top, winning in a decisive fashion at George Mason Stadium.

However, it will be important to see how Gunston crawls back into the mascot scene after being gone for so long. While he does have his disadvantages with the #size of his body, he is quick and nimble, allowing him to strike at any time.

If I had to choose a winner in this duel, I would have to give it to Gunston. I think he will pull off the upset and possibly even win in a blowout. This will be a duel for the ages in the Fairfax community, as they see these two foes battle it out on the EagleBank Arena floor June 9, 2019, at 4:20 p.m.

Make sure to get your tickets from the EagleBank Arena box office or online through Ticketmaster at https://www.ticketmaster.com/GunstonVsPatriot.

Make sure to buy your tickets early, because they will sell out! Don’t forget to use the hashtag #GunstonVsPatriot when posting on social media.