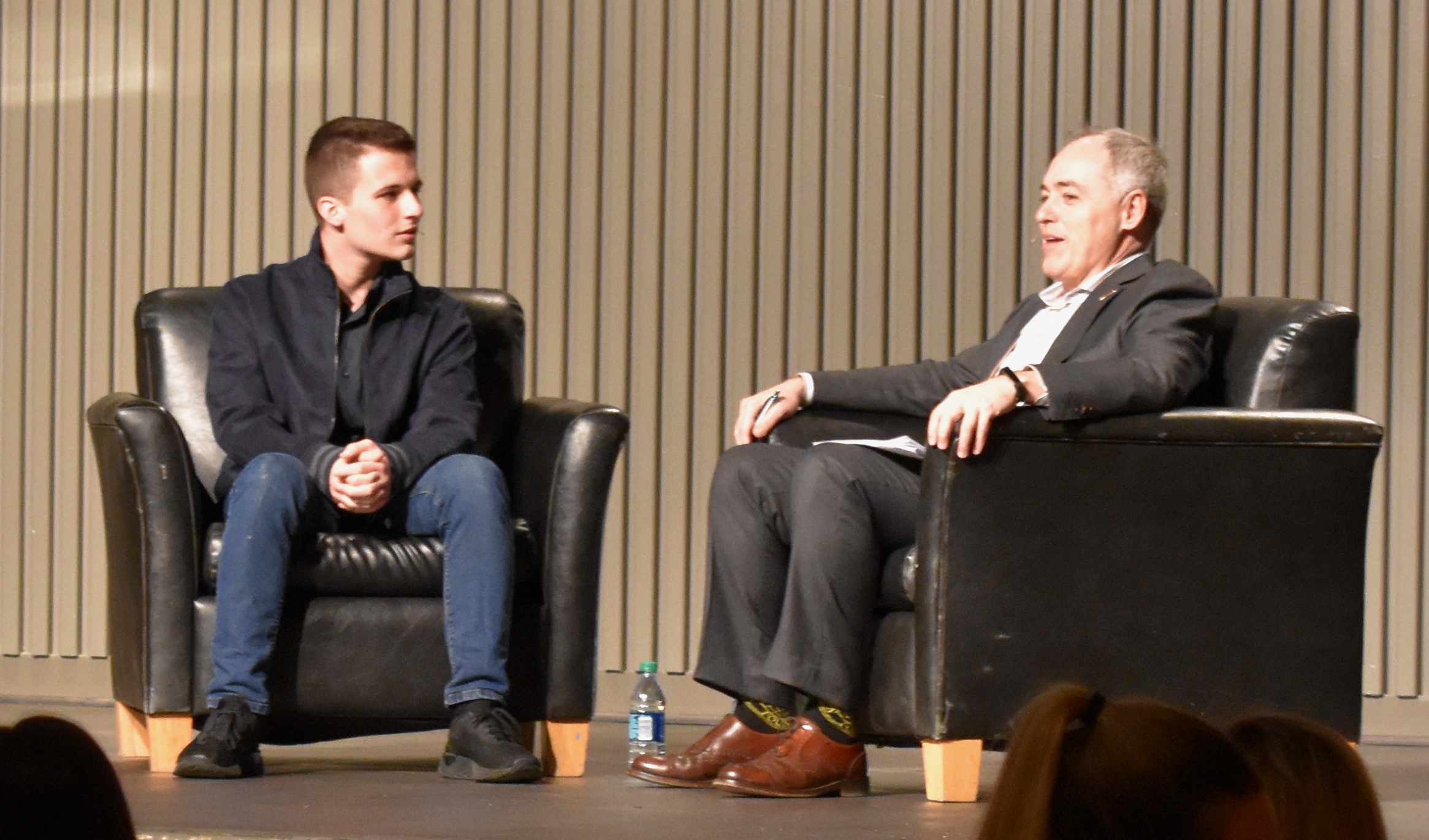 The Freedom and Learning Forum “allows for the campus community to engage in an interactive dialogue series with the university President, Dr. Ángel Cabrera, and extraordinary thought leaders from around the world.”

During the forum, Kasky recalled the day the shooting took place, and the wave of emotions that would engulf him and his fellow classmates in the following days.

“I was sitting in the car,” Kasky said. “Traffic was disastrous that day, and the worst feeling I had was peace. I felt very calm and comfortable, and I thought to myself, ‘Why am I feeling so comfortable?’ I did not know how many people died―34 people were shot, but rumors were spreading around, and nobody was quite sure [about] the shooter.”

Kasky continued, “It was a time of chaos, but for some reason, I was acting very normal, and it felt like a [regular] Wednesday for me. That was the moment I realized [I was feeling like this] because [shootings] happen all the time.” 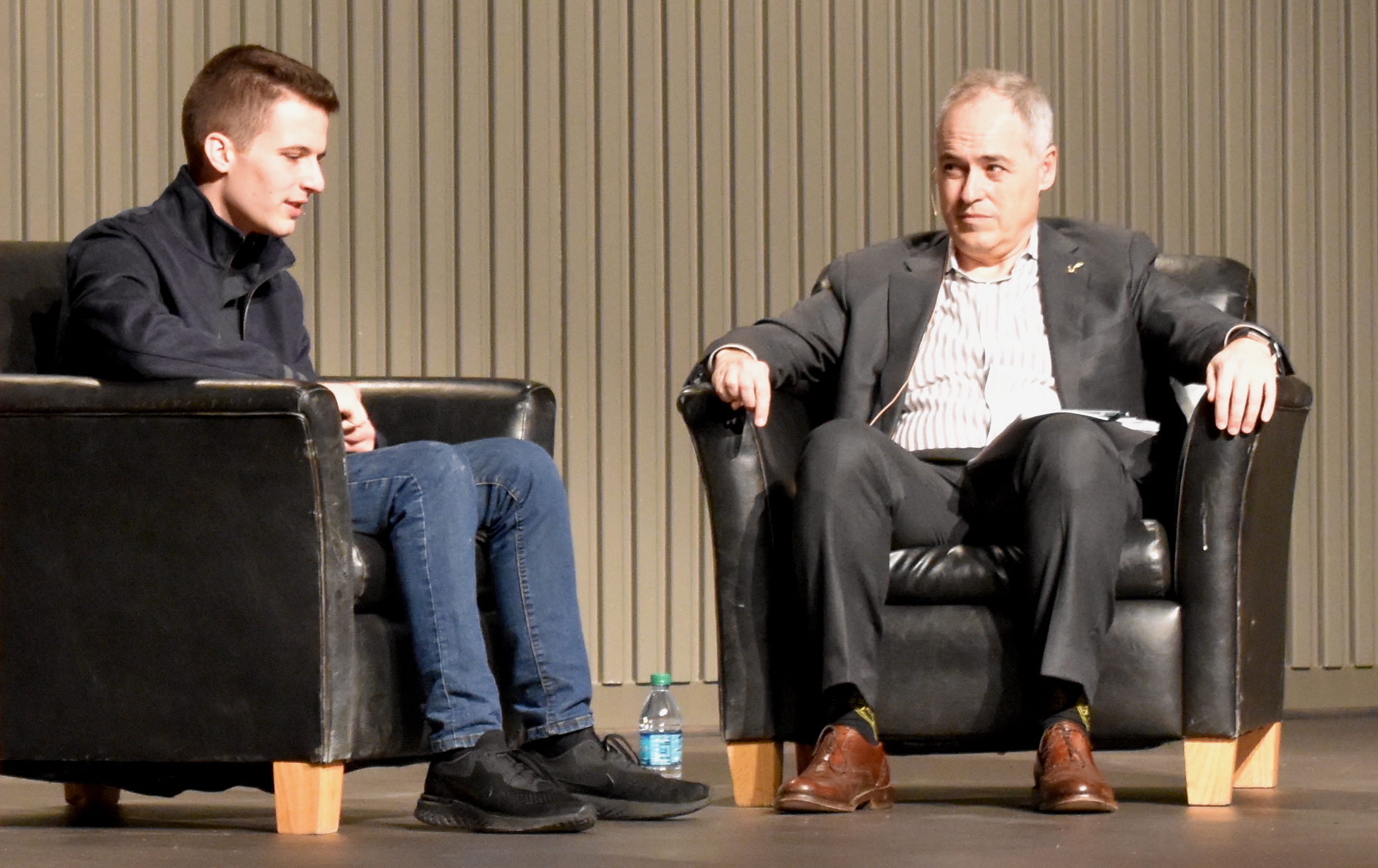 The forum is co-sponsored by the Leadership Education and Development (LEAD) Office and the Office of the President. However, one active student organization decided to join the forum to further their own mission of activism.

“This event was initially planned by the LEAD office without the involvement of Students Demand Action,” explained Erica Kelly, the legislative and candidate research lead at Students Demand Action (SDA). “They’re the ones who brought [Kasky] in, and they wanted to have a young leader to come to campus.”

Kelly went on to describe how SDA joined the forum.

She explained, “Students Demand Action became a co-sponsor after the event was planned and announced. The role that we played was [to] bring the gun violence prevention perspective. We have multiple organizations, and so we brought that knowledge to the execution of the event.”

The students in SDA believed having Kasky at Mason would provide an example of leadership and bring gun control activists at Mason together.

“More often than not, we hear from speakers who had upwards of 20 years to develop their leadership style,” Kelly explained.

She continued, “The importance of having Cameron here was that his voice is the same as ours. He was thrown into leadership without preparation, which happens more and more often within our generation.”

To bring the sense of community and unity, SDA set up powerful objects around the HUB Ballroom that would stay with by students long after they have left the forum.

“We made sure there was an empty table to remember those who have lost their lives. There were statistics about gun violence at every table; there were orange ribbons that students could take with them and other things along that nature,” Kelly said.