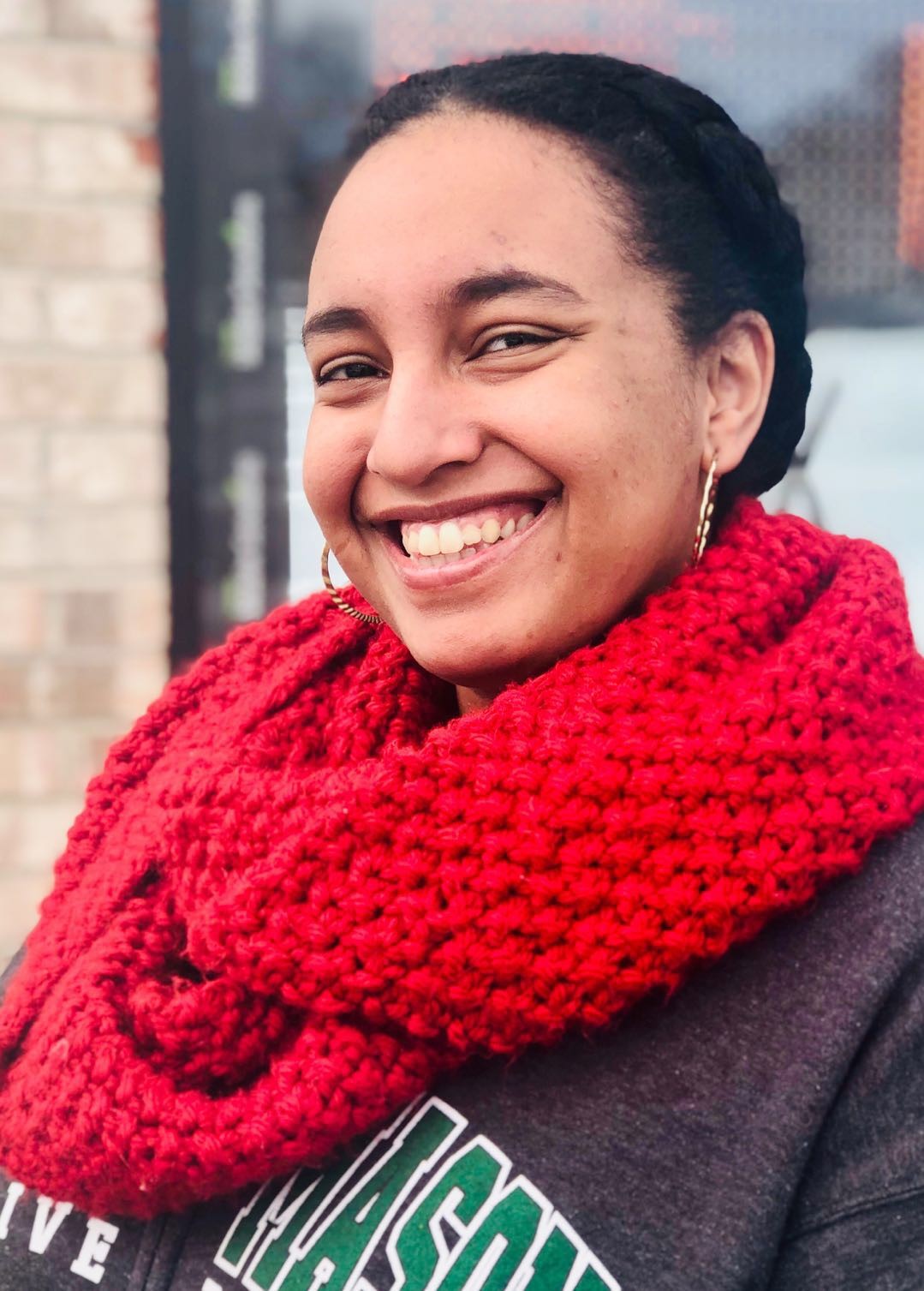 I’m majoring in communication with a concentration in public relations (PR). It’s an exciting time to get into this field seeing as the ways and methods corporations, organizations and people are interacting is changing so rapidly thanks to social media. I was drawn to that aspect of PR, and my goal is to hopefully work with NGOs [non-governmental organizations] in D.C.

WHAT IS YOUR SPECIAL CONNECTION TO/WITH MASON?

You spend enough time in a campus and it really grows on you, and I love Mason. I had all my best experiences here, first job opportunities, and it’s the place that has helped me figure out my goals. My sister has decided to apply to Mason as well.

WHO ARE YOUR BIGGEST INFLUENCERS?

My biggest influence and role model is my aunt Nardos Giorgis. She was responsible for campaigning for morphine production in my native country, Ethiopia, where there wasn’t enough being produced. Pain relief is a human right, and so through her tireless advocacy and work there is now enough morphine production in the country and a little less pain being felt. I admire her greatly.

WHAT ARE YOU MOST MEMORABLE MOMENTS AT MASON?

I remember I knew next to no one my first year, and before I knew it I had so many friends and professors who made the long days fun and exciting. Every coffee-fueled study session where literally no work was done and lunches in the JC [Johnson Center] have been memorable including the late nights, but my mom will read this so I’m staying quiet.

Conflict has always been a tough one to navigate for me. I’m very hesitant to lay out my arguments when facing a challenge because I value peace above comfort. But that’s changing, and I’ve learned to be more assertive and handle it calmly—unless it’s about Netflix show choices, then all bets are off.

WHAT IS AN IMPORTANT CAREER GOAL FOR YOU TO REACH?

I would really like to learn all I can and work with NGOs here, especially in global health or in women’s health issues, like raising awareness about NCDs [noncommunicable diseases] and NTDs [neglected tropical diseases]. I also want to go back to Ethiopia and use my experience towards the improvement of my country in these areas. That would be fantastic. I’d also like to be obscenely rich. 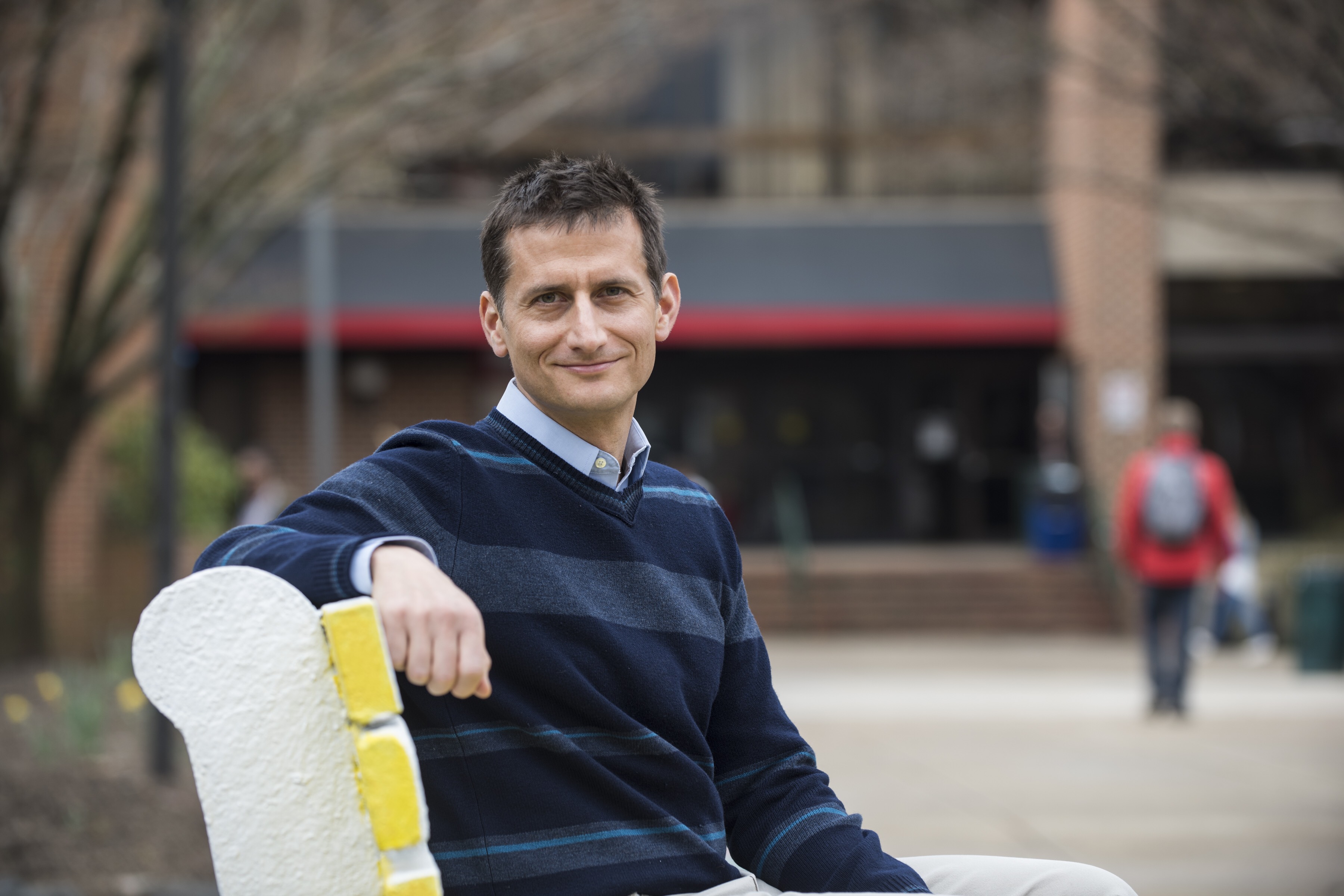 WHAT DO YOU TEACH?

Right now, I am teaching Introduction to Comparative Politics. I have also taught Central Asian politics at the undergraduate level.

WHAT MADE YOU CONCENTRATE IN CENTRAL ASIA?

I did my junior year in college in Russia in a town called Yaroslavl, and … I’ve been studying Russian since I was in 6th grade.

I also spent my junior year of college in Russia, and then I had a fellowship where I spent the year after college in Russia. That year after college I became very interested in rock climbing and mountaineering and Russia is really flat for the most part … but I took out a map of the former Soviet Union, and I looked at where the biggest mountains were, and they were in Central Asia. So I got on a train having never been to Central Asia before with just my backpack, and three days, maybe four days later, I was in Kyrgyzstan looking at the massive mountains.

WHY DO YOU THINK STUDENTS SHOULD TAKE YOUR CLASS?

What I hope is that after taking my class and putting in the considerable effort it demands, students can then take the knowledge from that class and … apply it to any other class here in the Schar School. But then you can also equally apply it to economics… just about any social sciences, but also it is the basic model of scientific inquiry that you can use for any class. So you and your colleagues I hope will leave the class with the tools to study science broadly. You can use the scientific method to answer any question, and that’s powerful. It will save people an infinite amount of time when it comes to reading, because you don’t have to actually sit down and read an entire article. You will know that every article that uses the scientific method [has] a particular structure and you can decode that structure, which will be much more efficient in your reading … Those papers that you are asked to write, often we are asking you to use the scientific method. If you know those approaches, you won’t be chasing … you’ll know exactly what to do and the steps to proceed around to write a paper that is cohesive and logically sound.

WHAT ARE SOME OF YOUR HOBBIES?

Definitely rock climbing. I love rock climbing. Unfortunately, I don’t get outside rock climbing as much. I have two kids and it’s a big time commitment, but I’ll get out maybe five times a year so that’s probably my first love.

The thing that I do the most though is trail running. On Saturday, I ran [a] 31-mile trail on Massanutten Mountain from Front Royal down to Lauray essentially… and that’s something that works better for the time constraints. Climbing trips tend to be long, but running is something that you can do on the weekends … so running is the thing that I do more frequently. I am preparing for a 100-mile run for May called the Massanutten Mountain Train 100 Mile Run. 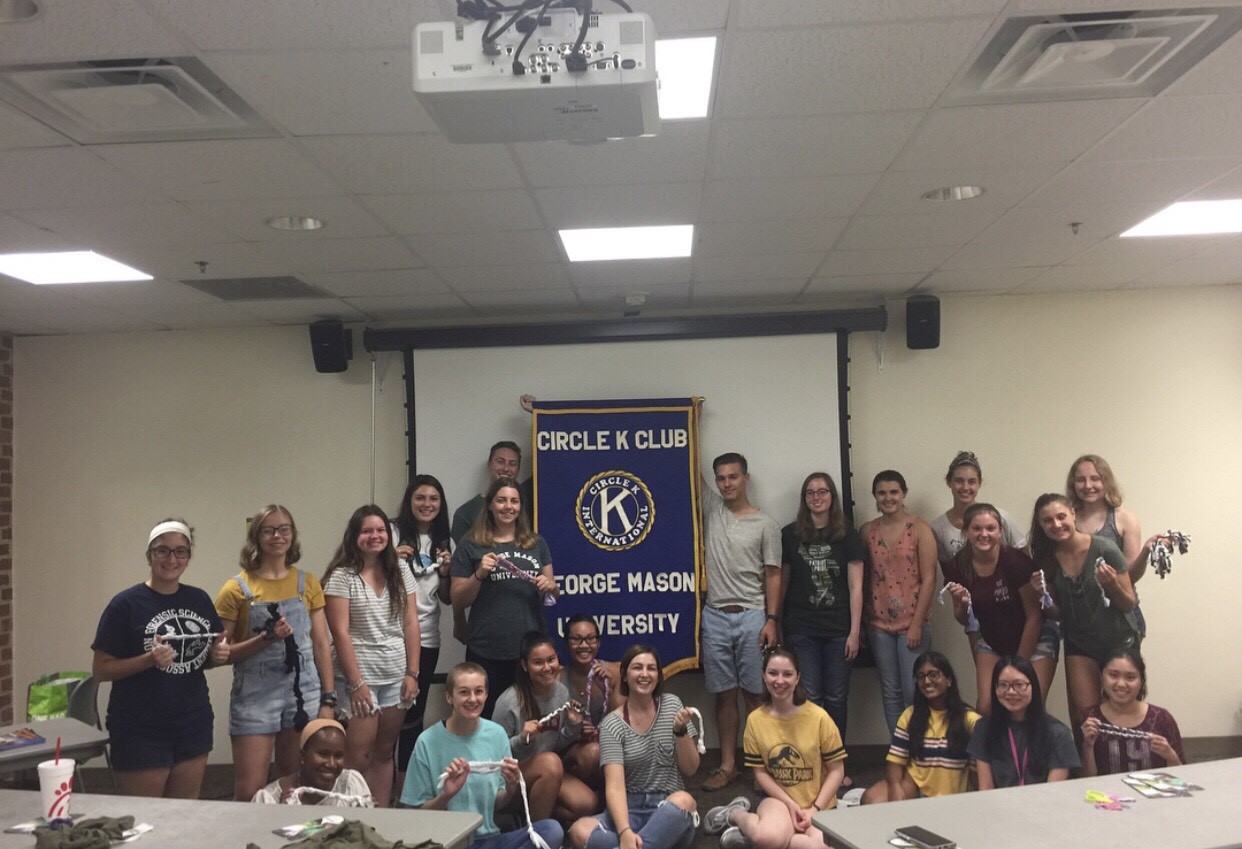 WHAT DOES CIRCLE K DO?

Circle K is the largest student-led community service organization in the world. So we’re not just located in the U.S., we’re located internationally, so Circle K International is built on three pillars. It is service, leadership and fellowship. So that means that we work to make our members well-rounded individuals by giving them leadership skills to run meetings, run for elections, things like that.

We also highlight fellowship, which is just like a bond with members [to] build strong ties between our members and give them that community feeling in our organization. And most importantly, service. Since we are a community service organization, we focus on working on bettering George Mason’s community, Fairfax’s community and the greater D.C. area through our service projects. So we work on-campus with the greenhouse and the food forest and everything like that. In Fairfax, we work with animal shelters, we donate to homeless shelters, and then in the greater D.C. area we normally volunteer for events … We’ve worked on marathons, we’ve worked in food festivals, things like that.

WHAT IS THE BEST SERVICE PROJECT YOU GUYS WORK ON?

Last year, we started our first annual jean drive, where it’s usually over spring break and we collect people’s old jeans … We kind of encourage if you’re doing spring cleaning, don’t just throw out your clothes. Donate it to us, and we donate them to a company that actually turns them into insulation for houses … and we’ve also done winter blessing bags, which is kind of like a whole kit of supplies you need to kind of survive the winter—so deodorant, toothpaste, hairbrushes, toothbrushes. We put them in bags, and we also normally make some blankets and some scarves and donate them to the local homeless shelter.

WHAT DO YOU WANT MASON STUDENTS TO KNOW ABOUT YOUR ORGANIZATION?

That if you have a drive to better your community, that you have time you don’t want to waste and you want to dedicate it to something that’s such a good opportunity to really expand your horizons, build connections … It’s an amazing way to get accustomed to leadership positions, and we really want to work with our members to give them the events that they want to do so that they’re not just joining a club because it looks good. They’re joining a club because they enjoy the activities and the events we’ve planned.

And the international aspect, there’s a higher board—there’s actually a lot of tiers so it’s a really cool organization to join early on because there’s so many opportunities, not just at George Mason, like even growing outside George Mason. So you can be the leader of a region of the United States and you get to travel into all these other schools and see what projects they’re doing and what’s going on with their clubs … You can be a—they call an international trustee. So they connect with the schools across the world that have a Circle K International. 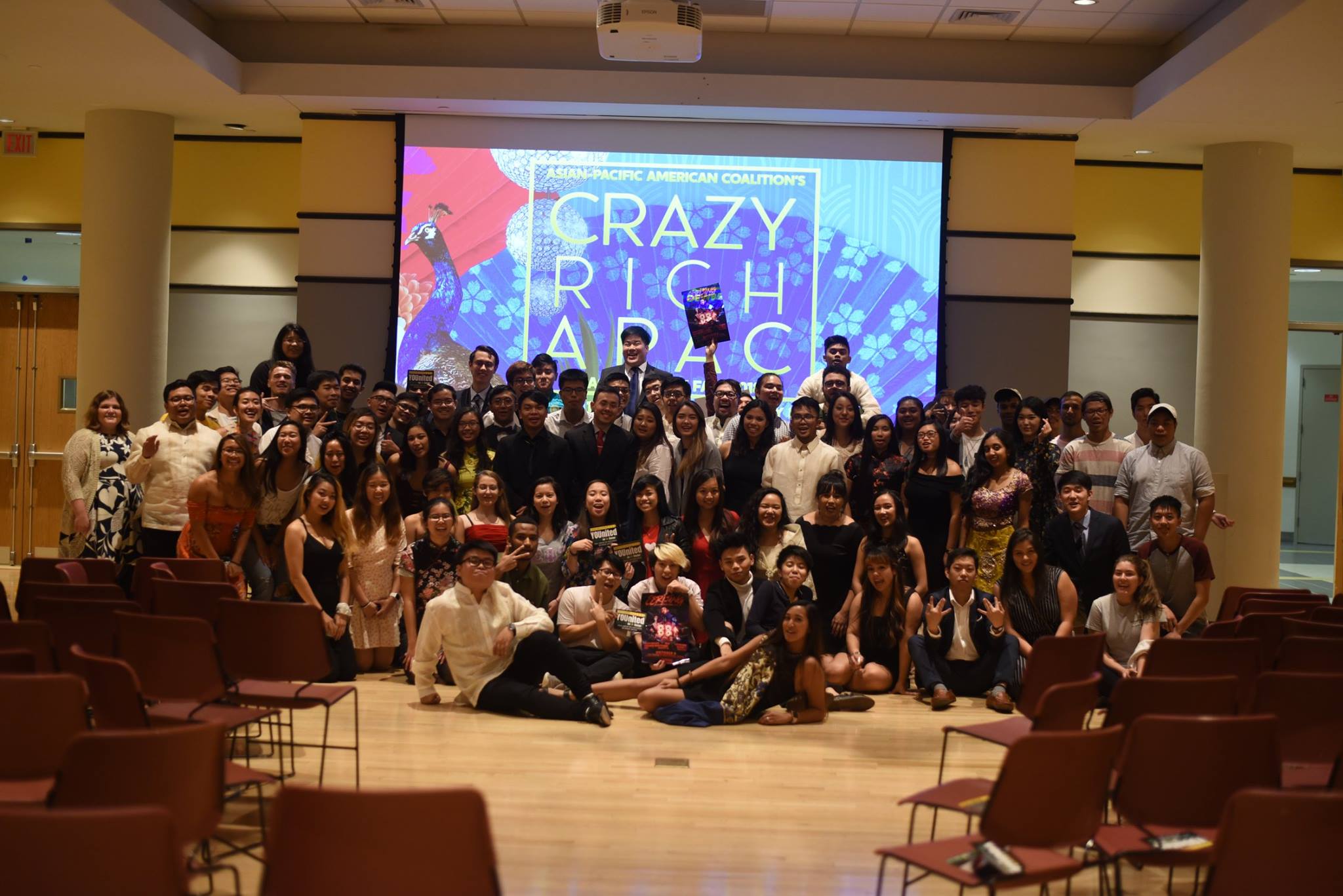 CAN YOU TELL ME A LITTLE ABOUT WHAT APAC DOES?

We were founded in 2004, and so there’s a lot of RSO’s on-campus. So we’re also an RSO, but we’re an umbrella organization over the other Asian organizations at George Mason, so like the Filipino Cultural Association, Korean American Student Association, etc. and we kind of unite all of them, hold large scale events especially during Asian Pacific American Heritage month, which is traditionally in May but George Mason celebrates in April. So we do a lot of stuff there, we hold leadership summits and retreats, stuff like that.

As far as I know, a lot of the other umbrella organizations on-campus are not considered an RSO by Mason. So that’s pretty unique about us, and we work really closely with the Office of Diversity, Inclusion, and Multicultural Education (ODIME) and it’s just like working with all the different Asian cultures, not only Southeast Asia but also like South Asia. It’s really nice. It’s a really big melting pot of different ideas and experiences.

WHAT DO YOU WANT PEOPLE TO KNOW ABOUT APAC?

It’s not Asian exclusive. It’s just Asian interest, so people of all walks are allowed to come enjoy our events [and learn] about the diversity here in NoVa and across the world.

WHAT IS THE BEST EVENT THAT APAC HAS HELD?

Okay so, I’m only president for this year and I wasn’t on the board last year, but last year we held a night market as like a kickoff … It’s pretty much like—when in Asia, we have these a lot—it’s like a whole bunch of vendors and street performers and stuff. We had it in North Plaza. They come out, they serve food, there’s performances, giveaways. It was just a really fun way to show what APAC and ODIME do.

WHAT DO YOU THINK IS THE BEST THING APAC OFFERS ITS MEMBERS?

I guess in terms of the community, because we are a huge community in APAC, just the experience. We’re focused on more leadership, so I’ve become so much better as a leader by being president of APAC. I’ve learned how to manage my time and work as a team better.

WHAT ARE SOME OF YOUR ORGANIZATION’S VALUES?

Unity I would say is a big one. Cultural awareness, and being open-minded. Being inclusive with all the organizations, you know, before we weren’t nearly as close as we are now. So with the president’s meetings, we have all the presidents of all the various organizations, members orgs of APAC, coming in and going, supporting each others events, sharing your events on social media. It’s had general turnout to be a lot better.

And being open-minded about the other cultures. I don’t know if you know what Lunar New Year is, but it’s like a Chinese and Japanese holiday. It actually just recently happened, but yeah, without the APAC community I really wouldn’t know what it is. But just learning about that stuff … learning about different foods, those are always fun events, different activities they do and just ways of life. It just clears your perspective.

New LLC to Come to Mason