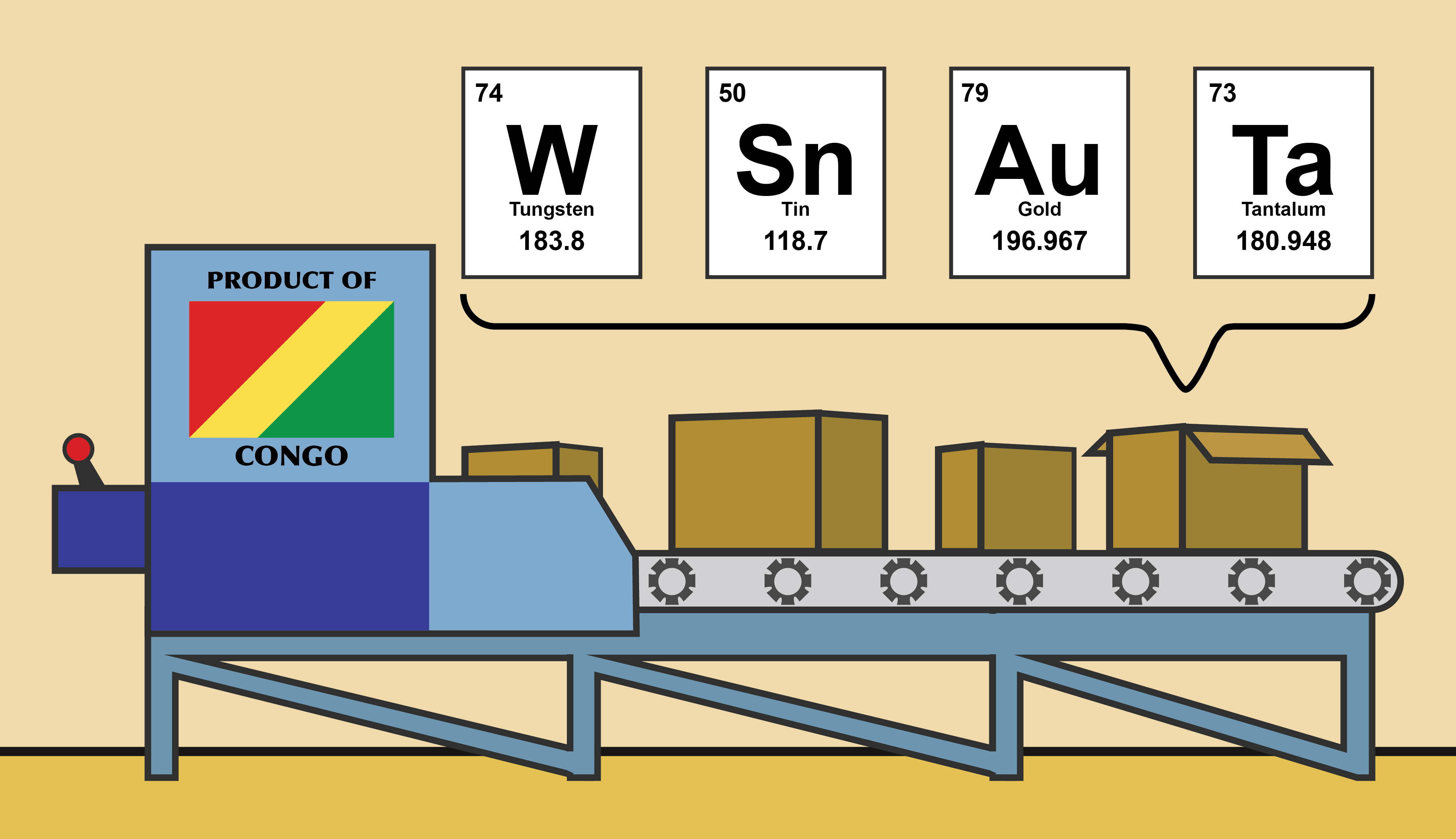 Every action we make has consequences. Some have minor impacts and some have larger impacts. At times, we most often think that our actions cannot possibly have too large of consequences, at least on a global scale.

However, there are situations that we cannot ignore where our actions immediately affect those around the world. One particular issue that Mason students and administrators should focus on is the concept of the university becoming Conflict-Free.

I want to first explain what being Conflict-Free means along with the issues surrounding it. The entire concept of being conflict-free derives from different mineral resources. Tantalum, tungsten, tin, petroleum, diamonds and gold to name a few are being harvested for large manufacturers (like Intel or Apple) in a non-war zone, non-human rights abusive environment. They are supplied through a non-terrorist organization, and will eventually be created into everyday items that are seen around the world.

Often times, these resources are mined from areas of the world that have some kind of relation to conflict zones. For example, in the Democratic Republic of Congo where “the sale of these minerals have killed over 5 million people since 1998” according to Intel, a company striving to be conflict-free. 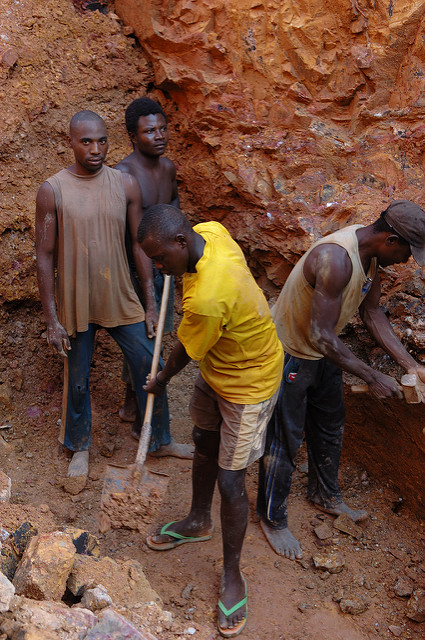 However, it is not just war that will kill the people employed by the resource vendors. Often times, these vendors will send their miners off into highly dangerous and toxic areas to cultivate the precious minerals, often leading to early death brought on by cancer and other diseases directly related to their work in these dangerous locations. In addition, some vendors end up funding terrorist organizations such as ISIS, which made millions per day to fund its militant and terrorist efforts across the globe.

When I talk to most students about this issue, the first reaction I receive is often about how either it will be impossible for that to happen, or how Mason is already a Conflict-Free campus. Unfortunately, these two statements are entirely false and come with some ramifications due to that widespread belief.

Mason has pledged that it will constantly remain in the forefront of sustainability towards the environment, and has even said it will help impact situations like these for the betterment of change.

Yet, at the same time, Mason has not made any official statement commiting to switching to Conflict-Free suppliers as much as they could have. The only moves Mason has made about the situation are partnering with a select few companies like Apple, Dell and Intel. Regrettably, these deals were not based on the grounds of the Conflict-Free initiative in mind. They were merely a coincidence.

What students have done is measurably greater progress in contrast. Amini Bonane, a senior, has brought this issue to light hoping to have Mason become a Conflict-Free campus.

She has often approached the administration and even student Government about this issue. This has lead to the very first Virginia university whose Student Government supports the campus-wide initiative to become Conflict-Free, and has begun the establishment of a special committee that has the sole purpose of pushing for that same goal.

Even though some students, and even Student Government, have begun to start turning the wheel in converting Mason to a Conflict-Free campus, these few individuals and organizations are not enough to make this change happen. As of right now, it is inconclusive as to what it will take for the administration to accept the demands of those who have approached them.

If a large population of students and faculty express their support for this initiative, then the administration will surely say yes, and we will have a helping hand towards the bigger goal: ending the abuse of humans for the production of items that are used in our everyday lives.

In my opinion, Mason needs to become Conflict-Free. If the administration is going to constantly make statements about striving for the best sustainability in the world and always advocating for better, then they need to jump on this, especially while construction is in its early stages. 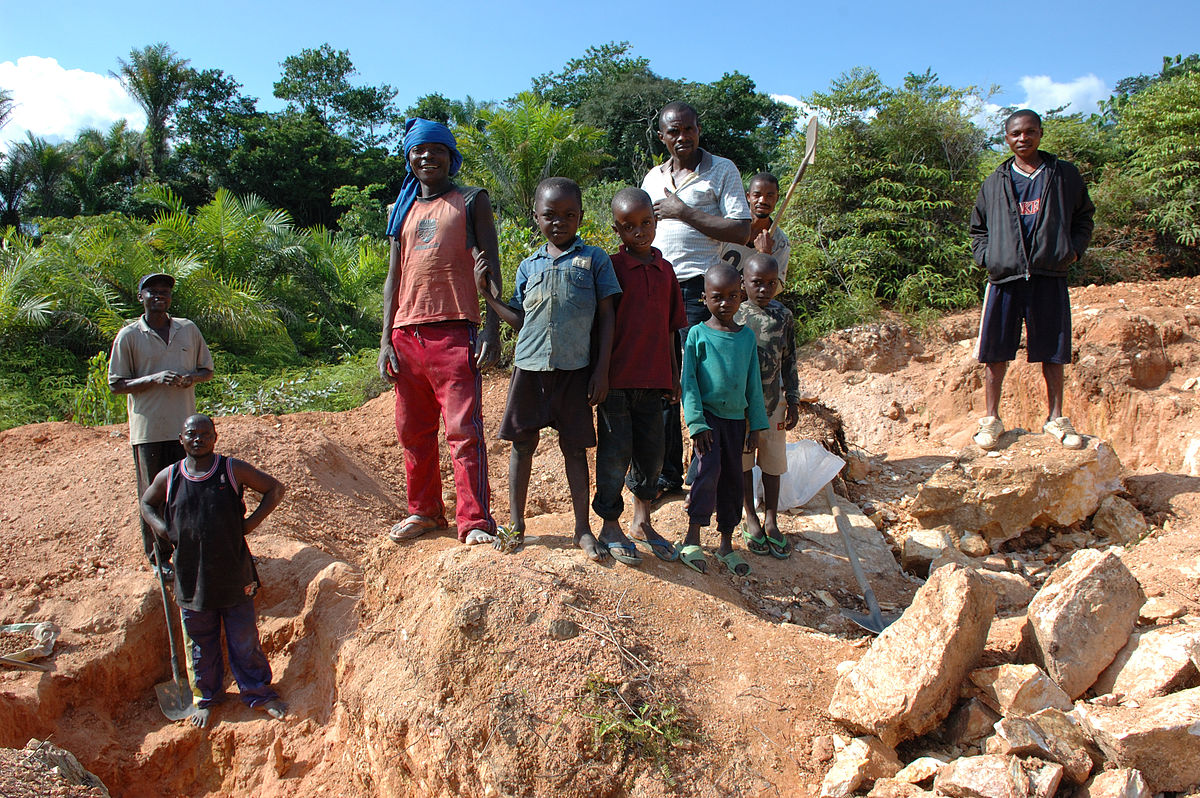 It may not be easy to become 100 percent Conflict-Free, but that does not mean Mason cannot make a few steps to make this change happen. As students of Mason, we should be proactive in making this happen. This is our university. We simply cannot stand by idly and pass up an opportunity to make a difference in the world.

Although we are the first university in Virginia to have a Student Government make a statement about the issue, we can certainly be the first in the entire country to achieve a Conflict-Free campus by voicing our opinions and advocating for the millions of people dying every year for our luxuries.