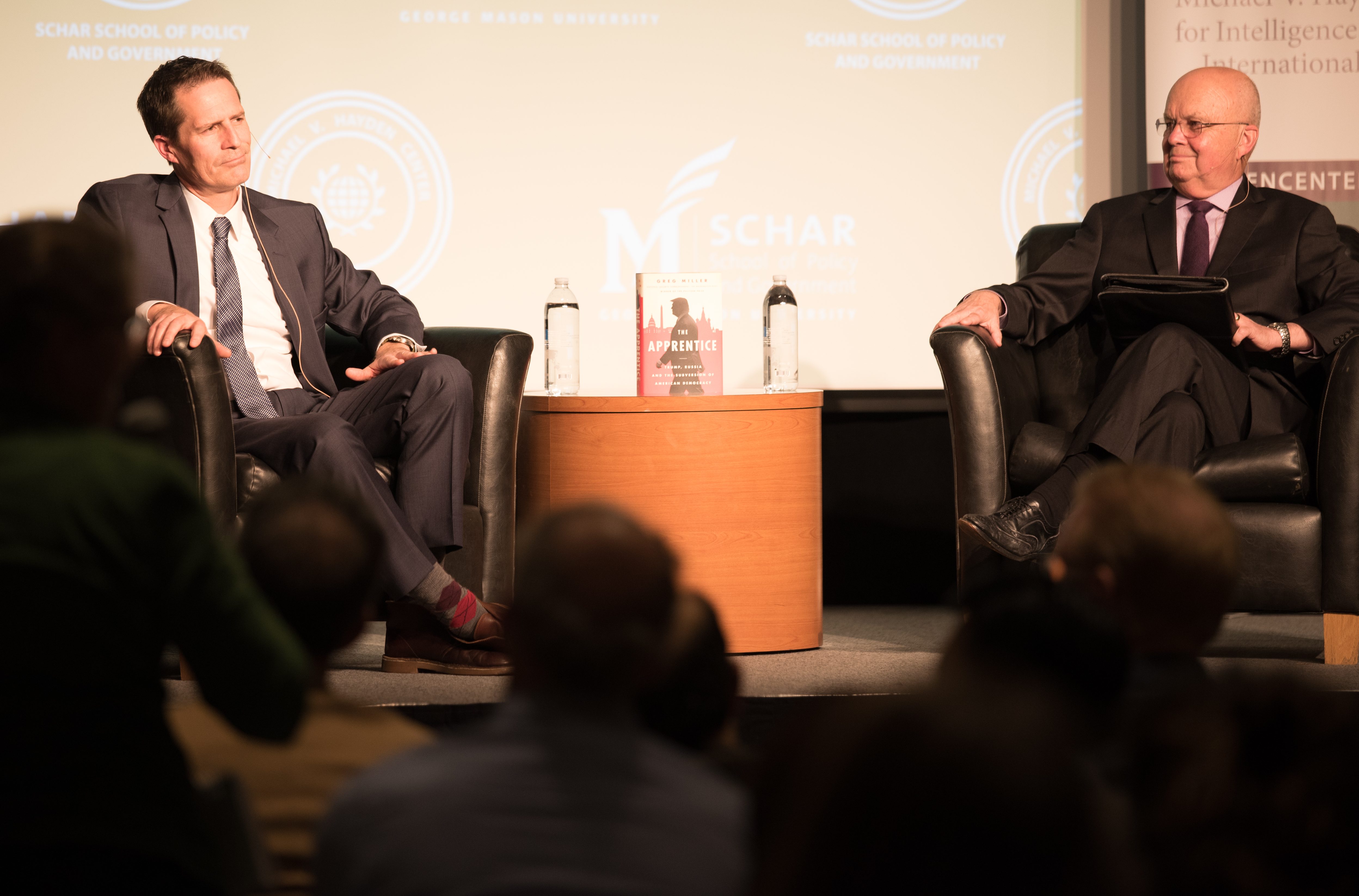 Miller discusses challenges of being a journalist in D.C.

On the eve of the midterm elections, Mason hosted a discussion between Washington Post national security reporter Greg Miller and Gen. Michael V. Hayden, founder of the Hayden Center.

Miller’s 2018 novel “The Apprentice” was the main topic of the night. Released in October, the book covers the two years of controversy over Russia’s involvement with President Trump during the 2016 election brought.

Larry Pfeiffer, executive director of the Hayden Center, opened the evening with an emphasis on the importance of understanding national security.

“We here at the Schar School and the Hayden Center are dedicated to educating and informing our students about national security and the role intelligence plays in national security,” said Pfeiffer.

Pfeiffer described Miller’s book as “the most comprehensive examination of the subversion of our election.” 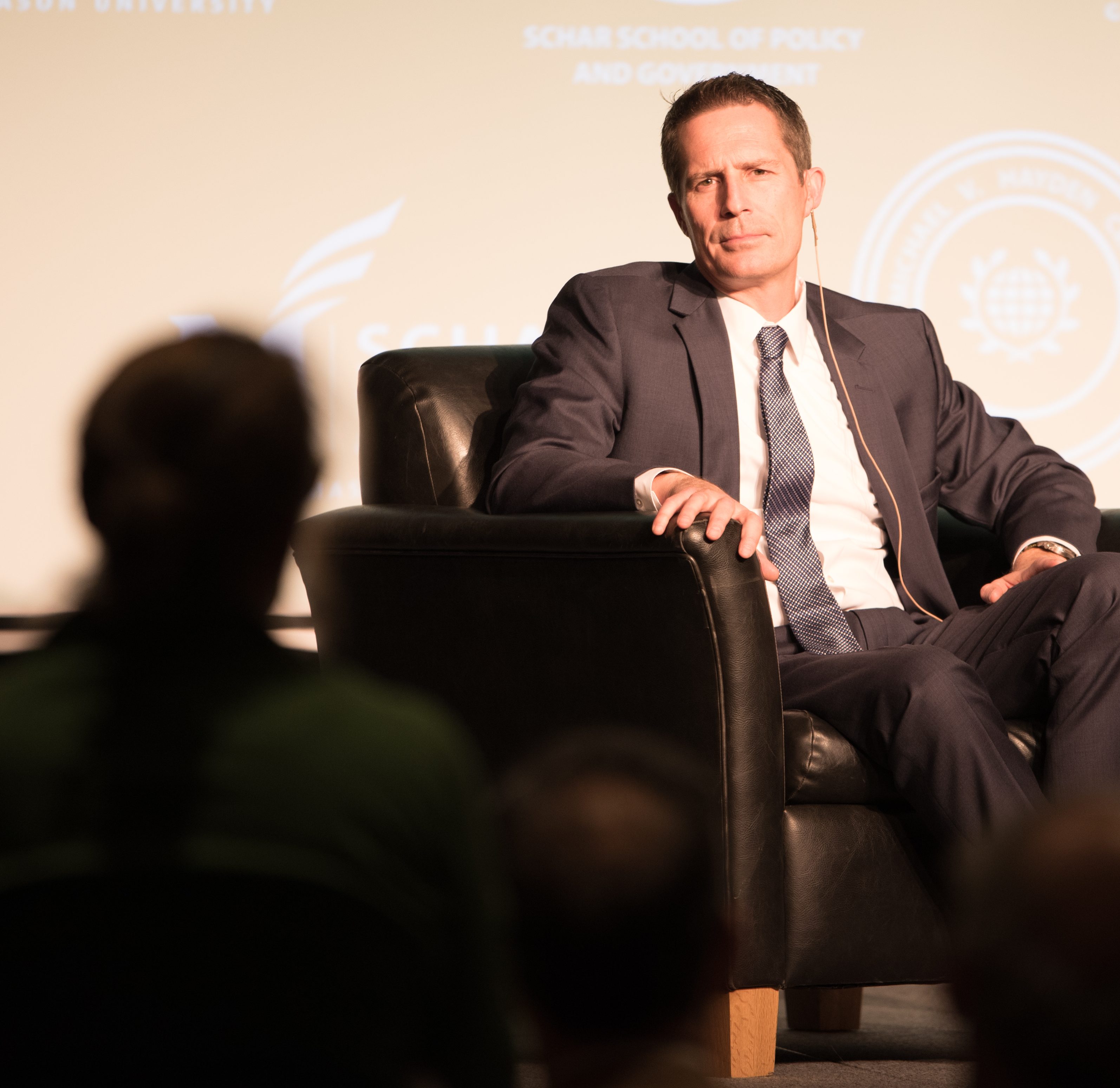 Writing the book posed a challenge for Miller. He had to keep track of events, both major and minor, as they were unfolding.

“We’ve never lived through anything like this,” said Miller. “This story has been all-consuming and disorienting at times.”

He recalled keeping a timeline of the Russia investigation as it progressed, which allowed Miller to find connections that would have otherwise fallen through the cracks and helped him to piece together information in a comprehensive way.

Miller also recalled the difficulty of being involved in stories that negatively affected people he had personal connections with through both “The Apprentice” and The Washington Post.

Miller mentioned his relationship with Michael Flynn, Trump’s former national security advisor, who was arrested and charged last fall with lying to the FBI. Miller spoke about the difficulty of covering the events surrounding Flynn, whom he had known for over a decade.

“It really has given me no pleasure to be part of the team at The Washington Post that was writing the stories that forced him out of office,” said Miller.

Hayden and Miller discussed the challenges of working in journalism amid the Trump administration’s politics and reporting the facts without appearing to be “the opposition or the resistance” in any situation. 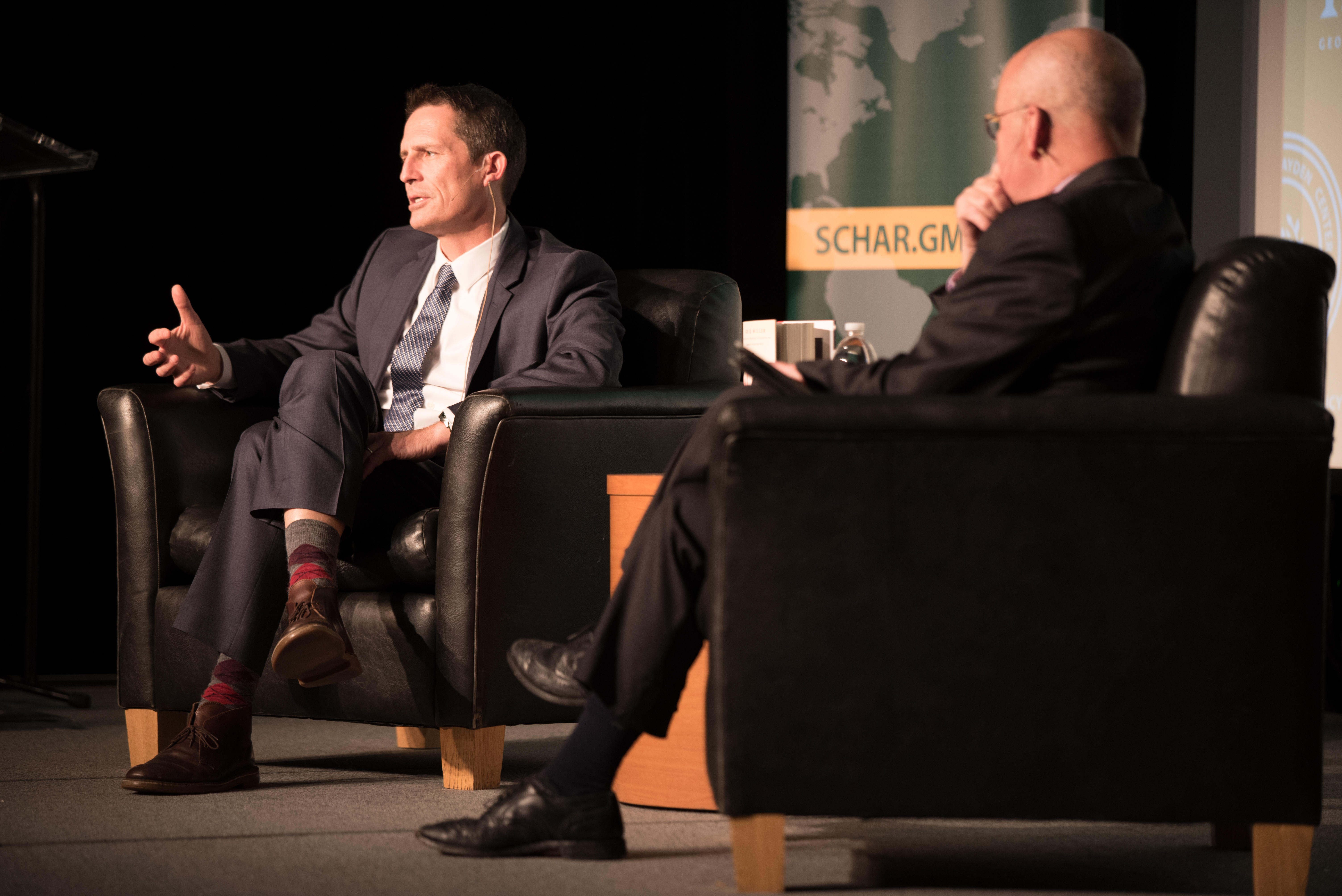 “It’s hard, harder than any other time I can recall in my career, to hold your balance,” said Miller. “We are, quite literally, under attack. Day after day we are accused of being fake, being the enemy of the people.”

Miller described the difficulty of having personal reactions and connections to what is happening around him, yet having to maintain professionalism as a journalist. Miller also emphasized the need to avoid feeding into the narrative that the media are the enemy of the people, as well as not taking it personally.