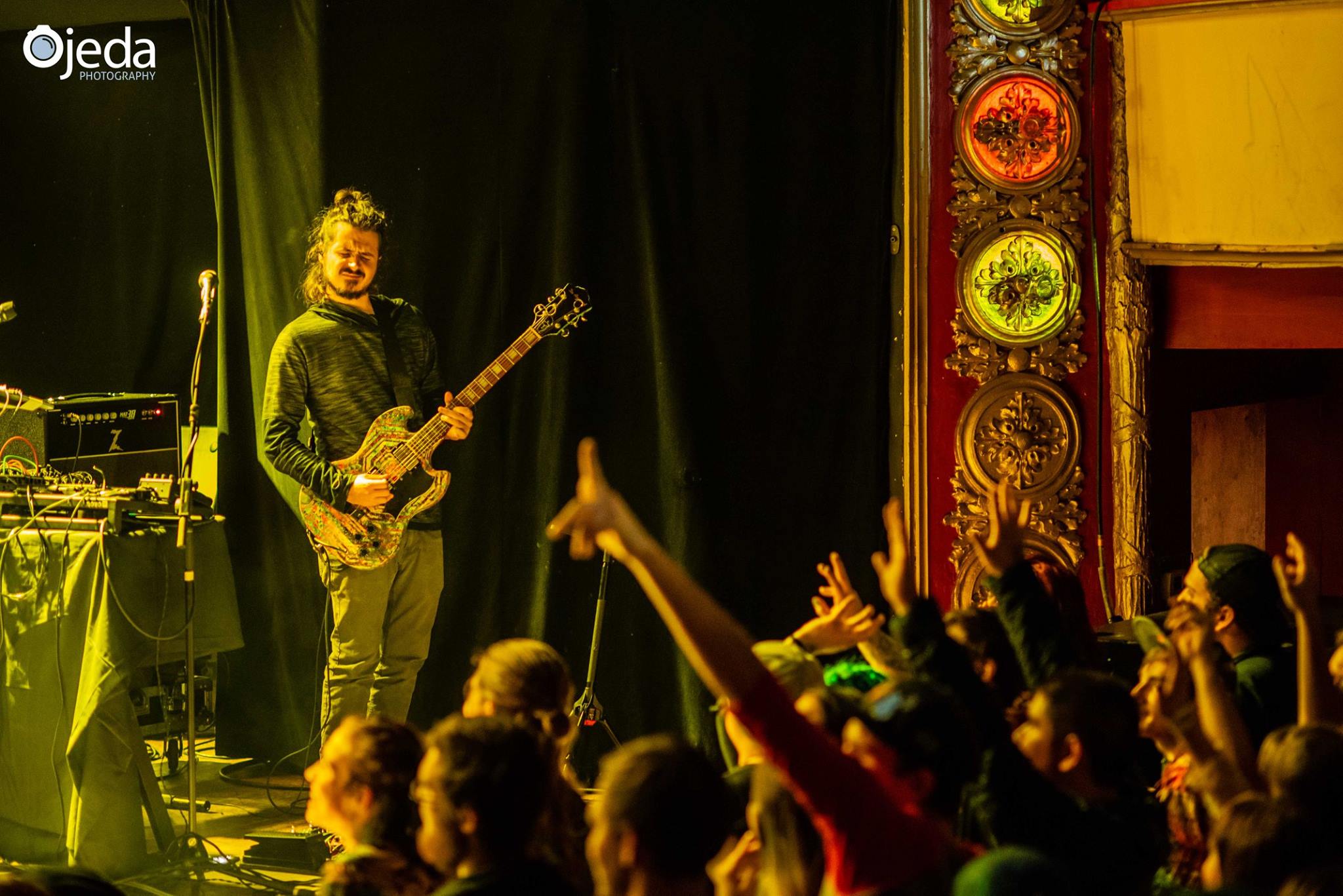 Band talks latest album, recording process, and how to stay together after a decade

With over 10 years of experience making music together, as well as five albums in total, the band Papadosio are well-known for their multi-genre music focused around both progressive rock and electronic sounds.

Currently, Papadosio is on tour, promoting their new album “Content Coma,” next hitting Colombus, Ohio on Nov. 23 at the Newport Music Hall. The album was produced in a recording studio, instead of self-produced, the way that the band usually makes their albums.

“One thing that was different was that we had access to an actual studio,” Anthony Thogmartin, member of the band, said. “We’ve been self-produced … for over a decade. We finally got the chance to go into a studio and … get the basic layers of tracks in a nice-sounding room.”

The lead single for the album, also called “Content Coma,” features stunning graphics and a fascinating concept themed around how social media has taken over our lives. “The idea is, ‘Are we content with all the content? Are we in a coma because we’re content? Or are we feeling malcontent with the content in our lives?’” Thogmartin said.

The band formed while playing at a bar’s weekly open jam in Ohio. All of the founding members of Papadosio are still members today.

“We absolutely have overcome a lot,” Thogmartin said. “I think that … a lot of the reason you don’t see as many emerging bands is because it just doesn’t make any sense to financially … work in a band.”

Thogmartin continued, “I think when you’re in a solo project, it’s very easy to do whatever you want, and it seems pretty alluring to do that, and there are a lot of financial incentives to do that. Fortunately, everyone in this act for the most part isn’t here for the money, they’re here for the experience of making this very odd music together and trying to deal with whatever comes our way as a team, together, so it’s been fantastic.”

A lot of the band’s success stems from how they are one of the only electronic bands who form their music while on stage. “We were designing systems that didn’t exist back in the day just to be able to pull off what we do, and now there are apps on mobile phones that can do the kind of stuffs (sic) that we were putting together,” Thogmartin stated.

If you’re a longtime fan or have just been introduced through this article, make sure to check them out and keep an eye open for their next album.