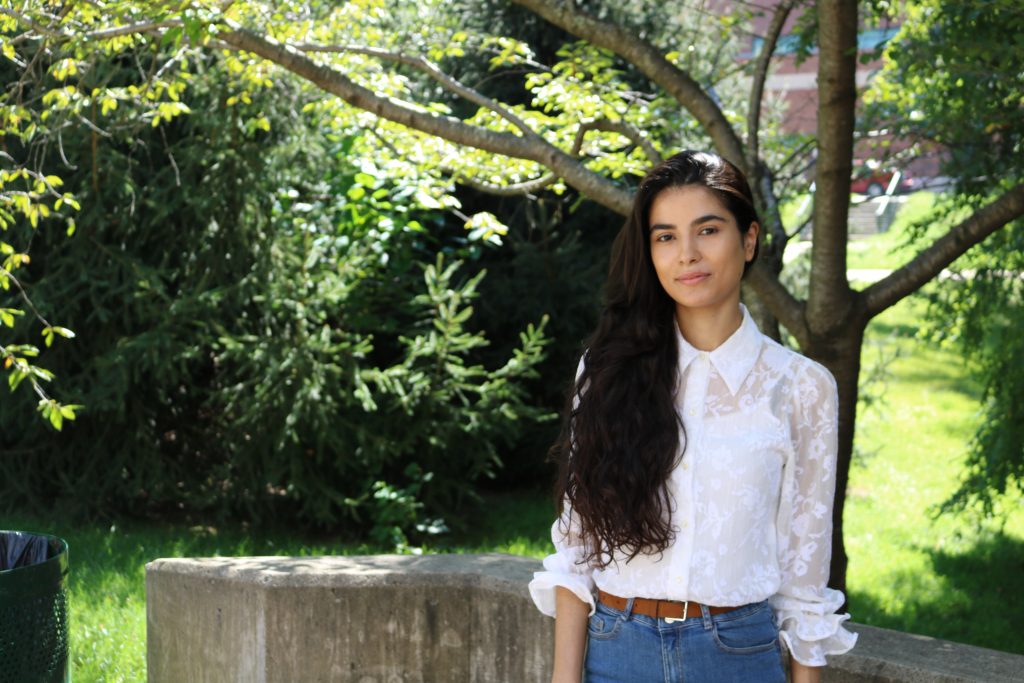 With the help of Tunisian Fulbright Scholar Haoua Gueguez and the Arabic Department, the program is set for growth

The Arabic Department at Mason wants to make learning Arabic a more relaxed experience, which is why it has developed its Arabic Language Exchange Network (ALEN) program. The initiative pairs Arab native speakers with people who are interested in learning Arabic. From there, the two meet each other at a place of their choosing and speak with each other in Arabic for an hour.

The program has received grants from the Department of State and Critical Language Scholarship (CLS) program with the help of Dr. Nathan Greenberg, Assistant Professor of Arabic at Mason.

“It was one of the first things [I started] when I came here in 2015,” said Greenberg. “It originally started as a student-led initiative. I thought it was one of the most effective parts of the CLS and the students agreed.”

The Arabic Department at Mason now has the fourth largest number of majors in the country for Arabic, according to Greenberg. The demand for Arabic at Mason is high, yet the department has one full time professor for approximately every 120 students.

“This coupled with the fact that [Arabic] is considered a category five critical language and for well over a decade [it] has been considered a national priority for students to learn it,” Greenberg said. “Whether or not the institutional support for that will come through is still a question to be answered.”

The idea is that that individuals will have the freedom to learn and speak with each other in a free environment away from a typical classroom setting. Individuals would be able to meet in cafes, on campus or in other public spaces and practice the language.

“It’s kind of a humble enterprise but I think we feel like it can be an awesome vehicle to do something really creative and innovative and trying to really tap into the resources and the talent that’s here on campus in terms of Arabic,” Greenberg said.

Haoua Guezguez, a Fulbright scholar from Tunisia, will help to coordinate the program at Mason.

“I will be coordinating the times between people who want to teach Arabic to non-Arabic speakers and the people who want to learn Arabic,” Guezguez said. “So basically just coordinating the meeting times, trying to see if there are activities where I can bring both people from different worlds together and see how I can further enrich this program.”

Though typically partners will use Modern Standard Arabic, known as fusha, when they speak with each other, the program also encourages individuals to use dialect in their conversations. Arabic dialects differ depending on the country and each country generally has its own words or phrases familiar to the country at hand.

Guezguez recently graduated in July with a master’s degree in English and International Relations. It has always been one of her goals in life to come and experience life and education in the United States.

“I believe that this opportunity is giving me the experience to reach out to people and build bridges, as the cliche goes,”Guezguez said. “I’m trying to build bridges and to learn from people. It will be a very enriching experience”

Fulbrighters are encouraged to act as cultural ambassadors for their countries. One thing Guezguez wants people to take away from Tunisia and the Arab world is that it is diverse and each country has its own idiosyncrasies.