As part of the 2018 Sojourner Truth Lecture, Women and Gender Studies and African and African American Studies came together to invite Sybrina Fulton. Fulton is the mother of Trayvon Martin, who was tragically shot on Feb. 26, 2012. After Martin’s death, Fulton was emboldened in telling her son’s story. Taken at such a young age, it was critical for Fulton to make light of such a dark moment in her family’s life. By continuing to advocate for the youth, Fulton is certain that millennials are the key factor in shifting the political climate and finding the resolution to the most salient political issues of our time. 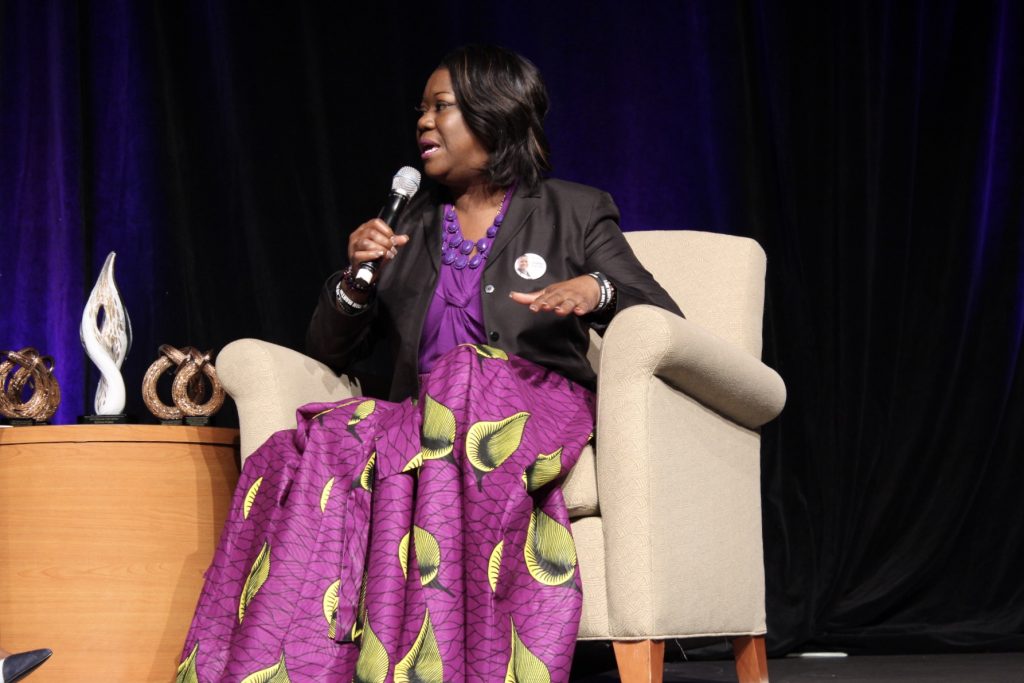 Delivering a raw lecture, Fulton explicitly shared how badly she felt for today’s youth. She began the event by reflecting on the Parkland shooting, sharing how the incident took place only 20 minutes away from her own Florida home. Unsure of whether the issue lies with mental health, guns, or hatred—she expressed “we cannot continue to hide, or pretend, or be silenced.”

Reacting to the divisive rhetoric in the political arena, Fulton brought attention to the important topics necessary for discussion among young individuals. Among the crowd was junior, Taija Miller, who acknowledged the issues Fulton portrayed in stating, “hatred is everywhere, and that’s one of the biggest issues that we face in our communities.”

Dr. Wendi Manuel-Scott, an associate professor in the School of Integrative Studies and the director of the African and African American Studies program, facilitated the conversation with Fulton. Manuel-Scott specifically asked Fulton what she believes are the unspoken and taboo topics centered around gun violence. After mentioning the issues surrounding the Parkland shooter, Fulton said “one of the ugly, messy conversations we should be having is about mental health.”

Mental health has always been a broad topic of discussion within classrooms, Congress and the media. However, its influence on gun ownership, handling and regulation are facets that Fulton believe need closer attention. Aside from mental health, Fulton also expanded on how race relations and gun reform are important in both political and day-to-day conversations.

“It was beautiful, it was powerful, [and] it was uplifting to hear [Fulton] discuss the issues not only within the black community, but gun violence, and different issues that we face in our society,” said junior Destiny Hamlett.

Fulton, and her ex-husband, Tracy Martin, co-authored “Rest in Power: The Enduring Life of Trayvon Martin,” as an honor to their son. In hopes of sharing their meaningful story as a family, the new book also aims to shed light on topics such as racism, gun reform and injustice. 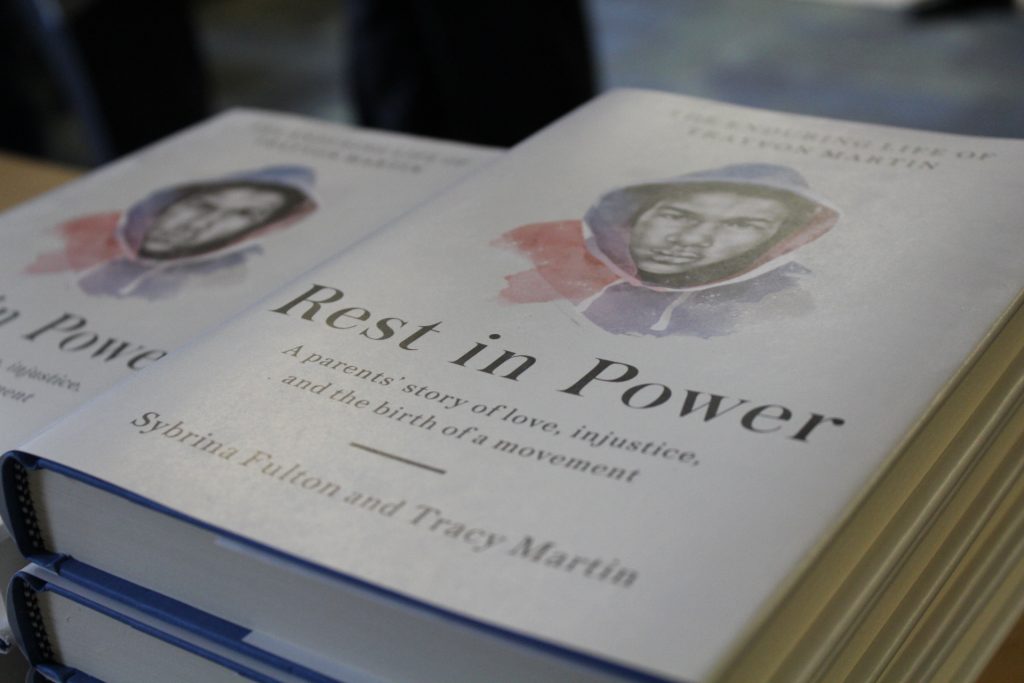 Fulton’s identity as a resilient black woman sparks much needed conversations and topics in the forefront. She aims to encourage students to reach out to local, non-profit organizations with causes that fight for change. Fulton’s visit to the Mason campus impacted the local community through her simple use of words and dignified awareness toward challenging matters in present-day culture.